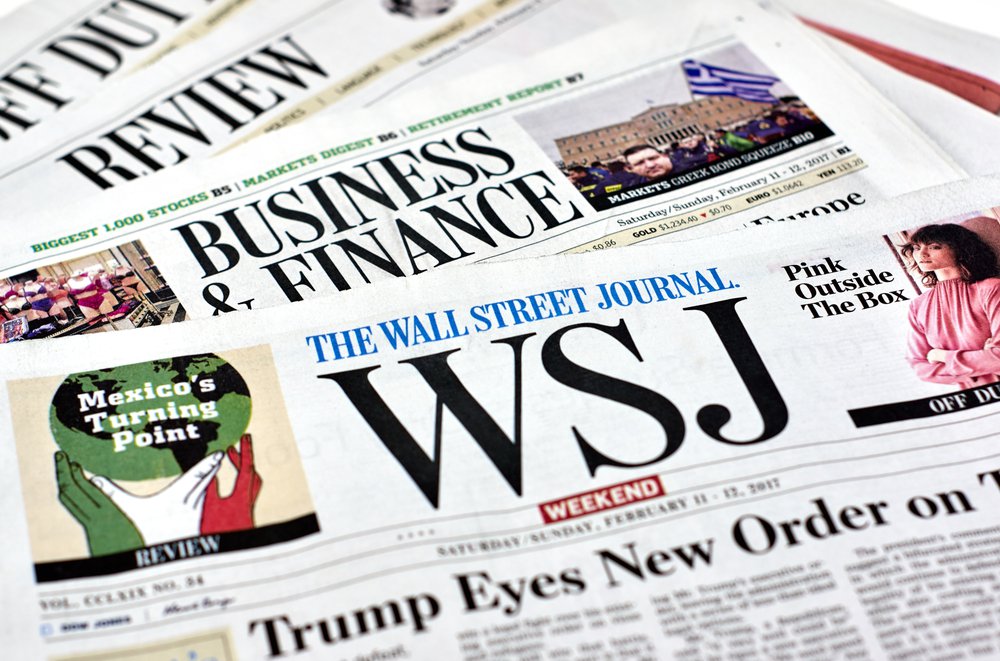 One of the Wall Street Journal’s most read articles of the day implies that bitcoin’s volatility reveals that the cryptocurrency is “probably worth zero.” The author of the piece starts by stating that a borderless digital currency out of the government’s reach that allows for semi-anonymous transactions sounds good, but that he’s not really a bitcoin fan because of the small number of transactions it can handle, and the amount of power necessary to maintain the network.

Bitcoin is scalable and can eventually reach and surpass VISA’s volume of, on average, about 2,000 transactions per second (tps). As CCN previously reported, SegWit’s activation on both the litecoin and bitcoin networks enables cross-network transaction swaps between the two cryptocurrencies, facilitating a host of other innovations, making it clear that, in the future, the problems that currently haunt the cryptocurrency won’t be there anymore.

The author then uses Gresham’s law, the principle that “bad money drives out good money” to argue against bitcoin. The article reads:

“Given the choice of spending inflationary government-issued money or something which holds its value, everyone would spend the bad paper stuff and hoard the bitcoin.”

In his argument, he says that no one wants to be the person that once bought two pizzas for 10,000 bitcoins, when the cryptocurrency was nearly worthless. The point being that if no one spends the currency while waiting for it to gain value, it will never really get established as a currency. Then again, no one in Venezuela wanted to see their currency’s value decrease, but the people didn’t have much of a say in that and, as such, were forced to use bitcoin to survive.

Then, unpacking the idea of bitcoin being based on illegal transactions, the author uses math done by Dan Davies, a bank analyst at Frontline Analysts in London, to assume that all drug dealing moves online, so as to get to $571 per bitcoin. The argument adds that drug dealers might put up with bitcoin’s current problems — which I addressed above — as laundering dollars is harder and more expensive than transacting in bitcoin.

Given that various studies already clarified that criminals aren’t using bitcoin that much, the value would be much lower, according to WSJ’s article. As such, the author concludes that bitcoin’s current price, of nearly $4,000, is mostly speculation and that JP Morgan’s Jamie Dimon was right to compare it to the 17th-century Dutch tulip bubble.

Basing the cryptocurrency on illegal activity neglects that hundreds, if not thousands, of legitimate businesses already accept bitcoin, so much so that it’s possible to live on bitcoin. Plus, the cryptocurrency is mostly used for legitimate purposes by those who simply want to be in charge of their own money, not those who have something to hide.

WSJ’s article goes on to imply that bitcoin’s true believers cling to the idea of it being digital gold that will maintain its value if a government currency collapses, and that this idea is supported by history’s examples of it happening.

The article points out that gold has had thousands of years and a history of being used to back fiat money to support its current position. Bitcoin has had less than a decade to prove its worth and most people just only heard of it. A recent study by YouGov revealed that 34% of Americans never even heard of bitcoin, and that 29% thought the cryptocurrency was just used to purchase illegal goods or services.

Still, bitcoin’s potential to replace gold led to a $5,500 price per coin, switching Thomson Reuters GFMS’ estimate of 2,155 metric tons of gold held in exchange-traded funds to the cryptocurrency. If bitcoin was to completely replace gold coins and bars, given GFMS’ supply estimate of 24,000 metric tons bought for investment in the past half-century, we would get $61,000 per coin.

Finally, the author states that bitcoin’s volatility can somewhat be explained by it either succeeding or failing in completely displacing gold, implying that the cryptocurrency is either extremely precious, or worthless. The article reads:

“Based on the simple choice between total success and failure, we can very roughly say that bitcoin at 70% of the gold ETF-derived price suggests a 70% of displacing so-called paper gold as society’s chosen emergency store of value, and a 6% chance of displacing physical gold. Even digital dreams should accept that is far too high.”

At the end of the day, bitcoin’s value, just like the value of other cryptocurrencies, depends on its users as it is the first free market backed currency, and its growth is consistent with its userbase increase. A quick look at Google Trends shows us that interested in the cryptocurrency is still surging.

At the end of the day WSJ’s article is just one more to add to the bitcoin obituary list.