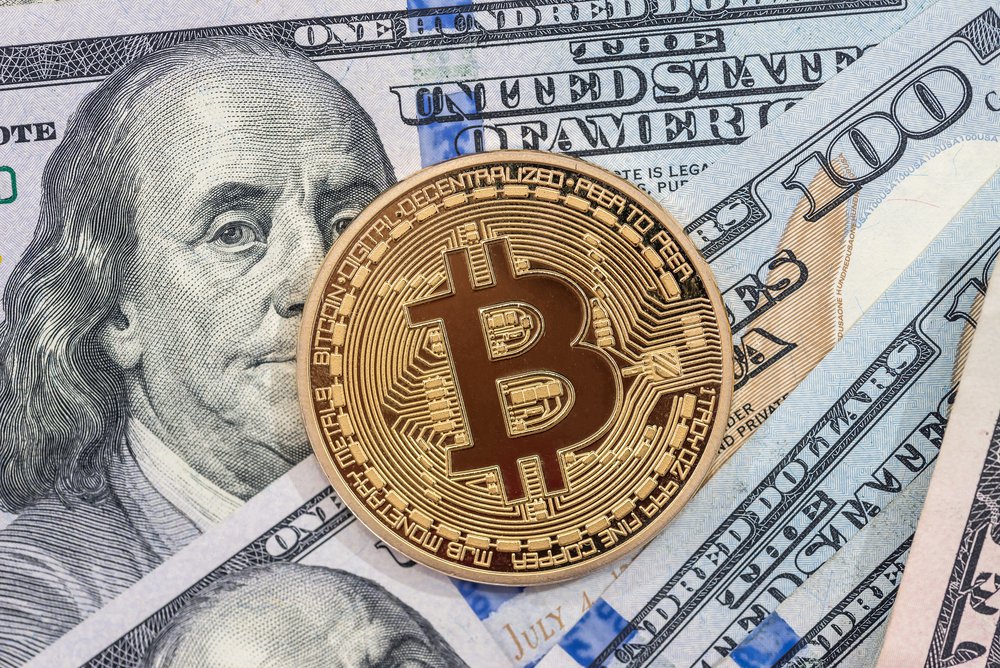 The analysis of Vays demonstrated the potential of bitcoin price to surpass the $100,000 mark by the end of 2018, which would provide bitcoin a multi-trillion dollar market cap. For many years, financial analysts and researchers in both the cryptocurrency and banking sectors such as RT’s Keiser Report host Max Keiser emphasized the possibility of bitcoin to surpass $1 trillion in market cap if and when it succeeds in evolving into an alternative financial network against existing banking systems and financial institutions. 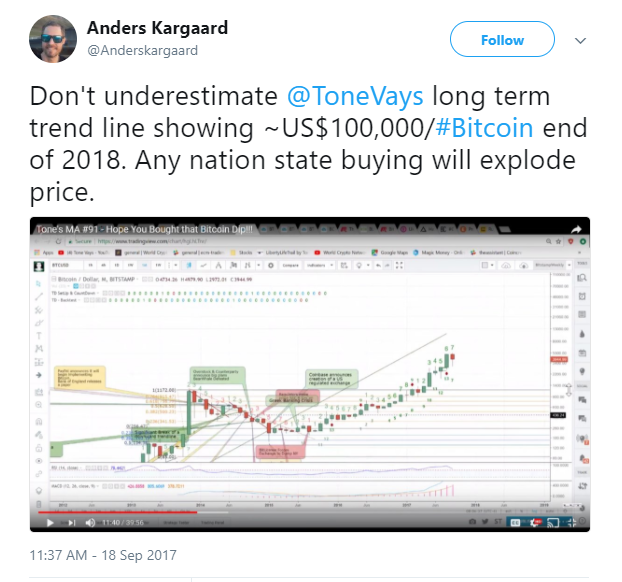 Based on the exponential growth rate of bitcoin regarding userbase, adoption, developer activity, trading volumes and market cap, a long-term price target of $100,000 is possible to achieve, especially if leading institutional and retail investors continue to endorse, embrace and adopt bitcoin. In 2017 alone, $90 billion investment bank Goldman Sachs and Fidelity Investments with $2.13 trillion worth of assets under management expressed their optimism toward bitcoin.

“But I am still a believer — and it’s no accident that I’m one of the few standing before you today from a large financial services firm that hasn’t given up on digital currencies.”

Johnson also revealed that the company has been experimenting with bitcoin through mining the digital currency and by providing a bitcoin investment platform to its clients. Last month, Fidelity partnered with Coinbase to enable Fidelity clients and portfolio managers to access their bitcoin wallets and accounts directly from the main Fidelity investment platform.

Goldman Sachs analysts further emphasized in a note to its clients and investors that bitcoin and the cryptocurrency market can no longer be ignored, even by institutional investors.

“The debate has shifted from the legitimacy of the ‘fiat of the Internet’ to how fast new entrants are raising funds,”

Already, two of the US market’s largest exchanges and bitcoin service providers Coinbase and Gemini have started to develop trading platforms for large-scale institutional investors, focusing on building a more robust and efficient investment channel which can provide sufficient liquidity for retail investors. Gemini entered into a strategic partnership with the Chicago Board Options Exchange (CBOE), the largest options exchange in the US, to serve instituitonal investors.

“Gemini’s key concerns in the cryptocurrency ecosystem have always been security, compliance and regulatory oversight. By working with the team at CBOE, we are helping to make Bitcoin and other cryptocurrencies increasingly accessible to both retail and institutional investors.”

Upon securing a $100 million funding round at a valuation of $1.6 billion, Coinbase CEO Brian Armstrong also promised its users and investors to provide a platform for institutoinal investors in the US and overseas markets.

With an increasing number of instituitonal and retail investors showing interest in bitcoin and global mainstream adoption of bitcoin increasing generally, $100,000 is an achievable long-term target for bitcoin.