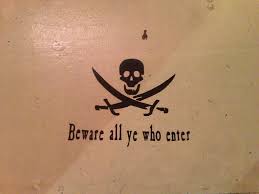 The U.S. Securities and Exchange Commission (SEC) has issued an investor alert intended to warn the public about companies using claims about initial coin offerings (ICO) to manipulate their stock prices.

The alert, which was published by the SEC Office of Investor Education and Advocacy, specifically focuses on publicly-traded companies who claim to be involved with or investing in ICOs. They allege that companies use the lure of cutting edge technology like ICOs to manipulate their stock price and facilitate pump-and-dumps.

Fraudsters often try to use the lure of new and emerging technologies to convince potential victims to invest their money in scams. These frauds include “pump-and-dump” and market manipulation schemes involving publicly traded companies that claim to provide exposure to these new technologies.

The SEC had previously issued an investor alert regarding direct ICO participation, but they have found that companies may be “publicly announcing ICO or coin/token related events to affect the price of the company’s common stock.” This is particularly a problem with microcap companies, whose stock price can be manipulated in the same way that traders can artificially pump up the price of a cryptocurrency with a small market cap and then dump their coins to secure a profit.

The Commission says this type of fraud is often rampant within the emerging technologies sector. For this reason, they have been cracking down on publicly-traded bitcoin firms in recent months. In August alone, the SEC has suspended securities trading for CIAO Group (OTC: CIAU), First Bitcoin Capital Corp. (OTC: BITCF), and Bitcoin Crypto Currency Exchange Corporation (OTC: ARSC). All of these companies had seen dramatic increases in the price of their stock, leading the SEC to want to take a closer look at their operations.

According to the release, the SEC issues trading suspensions due to the following occurrences:

The SEC has been monitoring the cryptocurrency industry with an increasingly watchful eye. Last month, they issued a report concluding that DAO tokens are a security, which implies that smart contract tokens may also fall under securities regulations. This is one reason why Filecoin restricted its record-setting $250 million ICO to investors willing to submit to SEC accreditation.