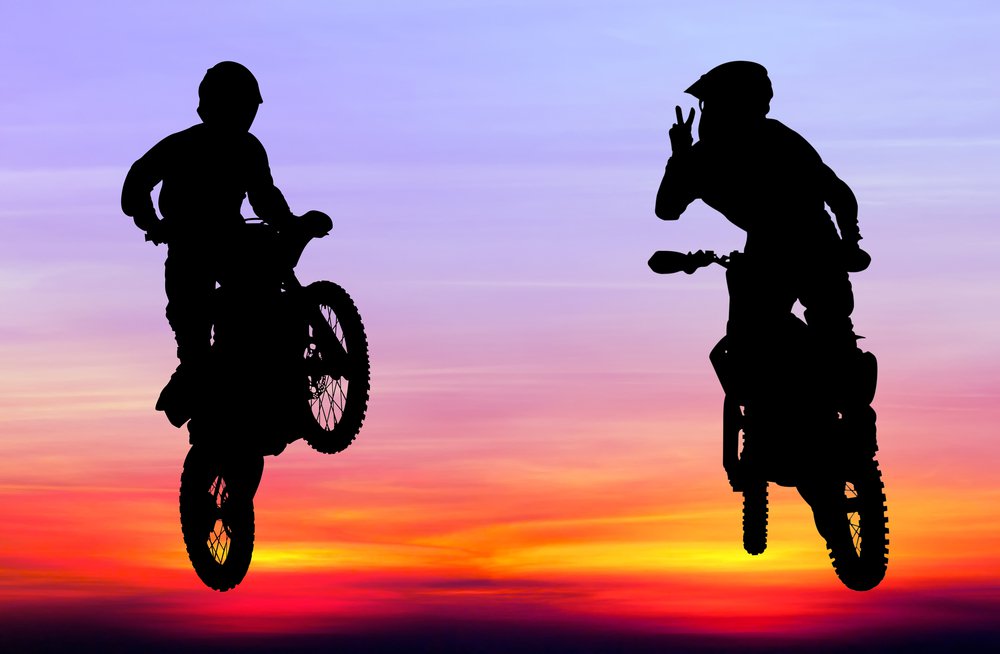 Bitcoin and ethereum continued to rally on Wednesday, pushing the total value of all cryptocurrencies higher even as the wider markets were mostly red. The bitcoin price punched through $4,500 to set a new all-time high, while the ethereum price looks poised to make a record-setting run of its own.

The total cryptocurrency market cap climbed as high as $167 billion Wednesday morning, continuing its August bull run. At present, however, the crypto market cap has tapered to $162.6 billion.

The bitcoin price spent the latter half of August stuck between $4,000 and $4,400. As the month waned, it did not appear bitcoin was going to be able to break past this level. However, the bitcoin price defied many investor expectations by spiking from $4,400 to $4,600 at about 12:30 UTC on August 29, posting a new CoinMarketCap average record of $4,627. On some individual exchanges, the price rose even further. The bitcoin price has not yet found solid support for $4,600, which has caused it to pull back to $4,501 this morning. Nevertheless, this represents a daily gain of 3% and gives bitcoin a $74.4 billion market cap.

Now that bitcoin has broken through the $4,500 wall, many analysts predict it will cross the $5,000 threshold in short order. RT host Max Keiser, for instance, stated that he believes it will probably reach that level this week.

All eyes were on bitcoin as it set a new all-time high, but ethereum made impressive progress on Wednesday as well. Bolstered by increases in ETH/KRW and ETH/CNY, the ethereum price climbed to $389 on August 30, its highest level since June 14. At present, the ethereum price is $367, resulting in a market cap of $36.6 billion.

Bitcoin and ethereum may have been posted solid gains on Wednesday, but traders dealt the altcoin markets a blow.

The bitcoin cash price fell to 2% to $573, continuing its week-long decline. The Ripple price managed to climb 1%, thanks to news that the FinTech startup had given a presentation on blockchain trends to officials from the central bank of China. The litecoin price was mostly stable, holding at about $62, while Dash and NEM each made minor advances. 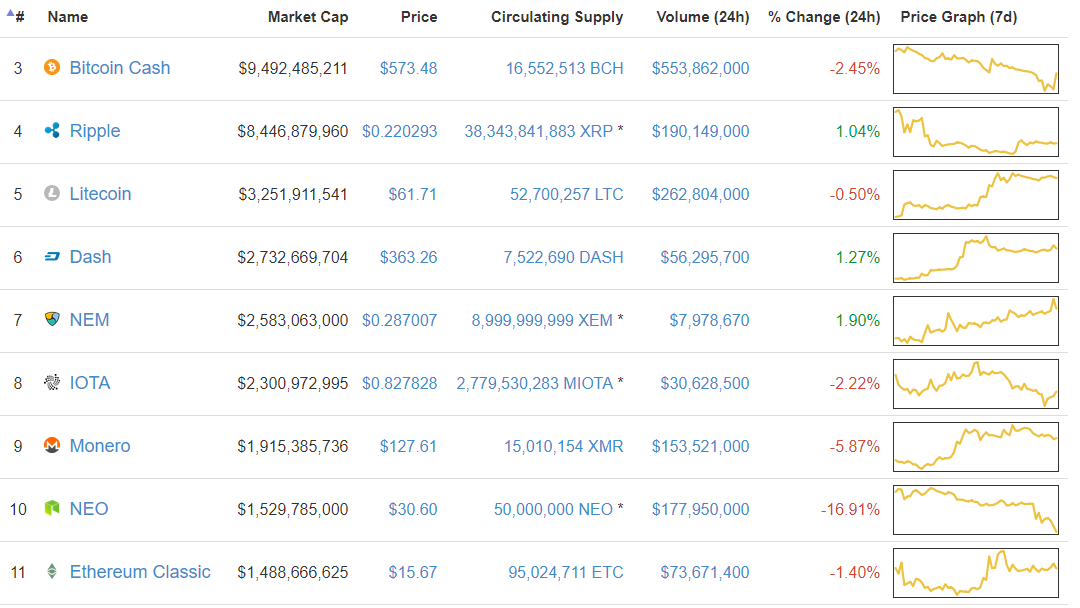 This is where the chart starts to turn red. IOTA dipped 2% to $0.828, while the Monero price fell 6% to $128, despite strong volume from Bithumb’s newly-opened XMR/KRW market.

The hardest hit cryptocurrency in the top 10, however, was NEO. The “Chinese Ethereum” plunged by 17% to about $31. This reduced its market cap to $1.5 billion and gives it just a $41 million edge on 11th-ranked ethereum classic.

Outside of the top 10, the majority of cryptocurrencies engaged in a retreat. That retreat included Qtum and Hshare, which had just entered the $1 billion club on August 29. Unfortunately, these tokens had their membership cards revoked on Wednesday as they experienced declines of 19% and 27%, respectively.