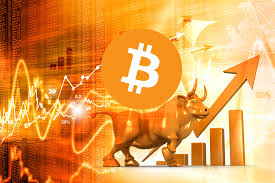 The value of bitcoin appears to be recovering after a tumultuous period for the cryptocurrency.

After hitting a new record high when it passed the $19,850 mark in mid-December, it tumbled rapidly, falling to below $12,000 within days.

It has been constantly rising and falling ever since, and is worth $14,932 as of Wednesday afternoon UK time, according to the Coinbase exchange.

That’s a significant improvement on yesterday, when it almost slipped below the $13,000 mark. However, earlier this morning it had been worth more than $15,370.

The cryptocurrency’s value fell dramatically just ahead of Christmas, dropping by almost $2,000 in just an hour at one point, and almost slipping below the $11,000 mark.

Bitcoin is notoriously volatile, and its value is expected to continue to shift unpredictably. Its rise has also led to increasing amounts of interest in alternative cryptocurrencies, such as ethereum, litecoin and XRP.

Naturally, its spectacular rise has coincided with increasing amounts of interest, with more and more people now looking to invest.

However, there are serious fears that bitcoin has created a bubble that could burst at any moment.

Numerous financial experts are advising potential investors to avoid getting involved with bitcoin, though others are speculating that it could keep rising towards the $1m mark.

Bitcoin only exists online, has no central bank and isn’t linked to or regulated by any state.

An anonymised record of every bitcoin transaction is stored on a huge public ledger known as a blockchain.

However, transactions made with the cryptocurrency are irreversible, which makes investors in bitcoin attractive targets for cybercriminals.