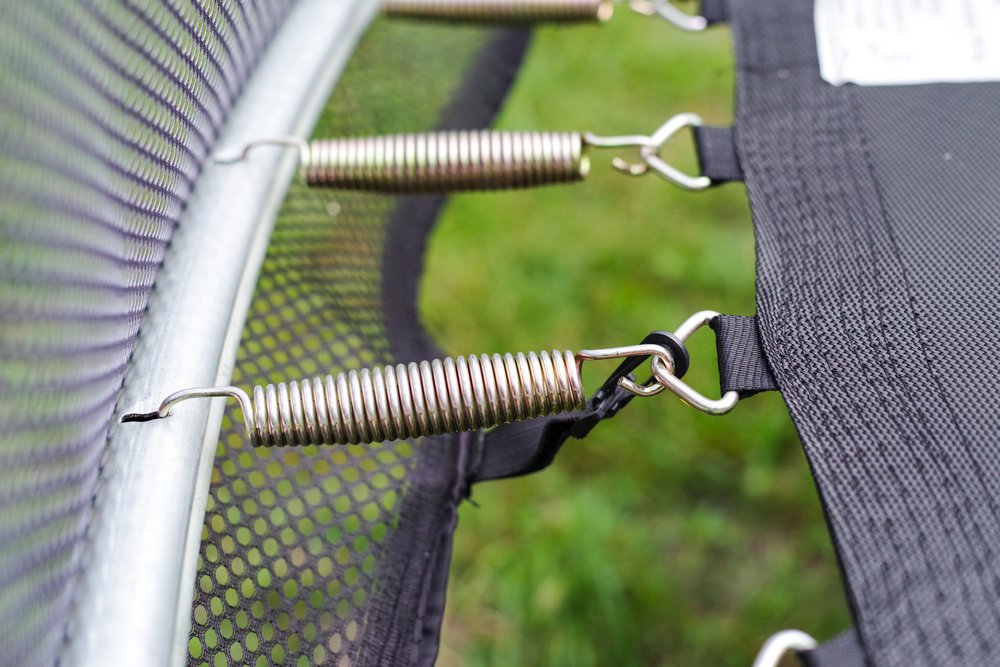 The crypto markets bounced back on Thursday following a significant contraction the previous day. The bitcoin price led the charge, rising more than 6% to put the $5,700 barrier within its sights, while the ethereum price ticked up 3% to $309. Unfortunately, the recovery was not comprehensive, and some cryptocurrencies — including ripple — continued to decline.

The downturn forced the total cryptocurrency market cap as far down as $156.5 million, which represented a one-week low. However, the markets began to recover Wednesday afternoon and quickly rose above $160 billion. They continued to climb leading into Thursday morning and have since risen to a present value of $169.7 billion.

Wednesday’s bitcoin price decline caught many investors by surprise, and it was difficult to ascertain what caused it, other than that traders were taking profits following last week’s rally. The pullback put severe downward pressure on the bitcoin price, which fell as low as $5,151. However, bitcoin held firm at this level, and support gradually began to return, enabling the flagship cryptocurrency to mount a successful recovery. Ultimately, the bitcoin price posted a single-day return of 6%, bringing it to a present value of $5,679, which translates into a $94.5 billion market cap.

The ethereum price experienced a single-day recovery as well, although its performance was not quite as impressive as that of bitcoin. After dipping as low as $291, the ethereum price managed to fight its way back across the $300 threshold. Ethereum is currently trading at $309, which represents a 24-hour recovery of about 3%. Ethereum now has a market cap of $29.4 billion.

Altcoins lost ground to bitcoin on Thursday, which saw its dominant market share rise about 1% to 55.7%. However, the majority of altcoins experienced recoveries against the value of USD, adding about $2 billion to their combined market cap. 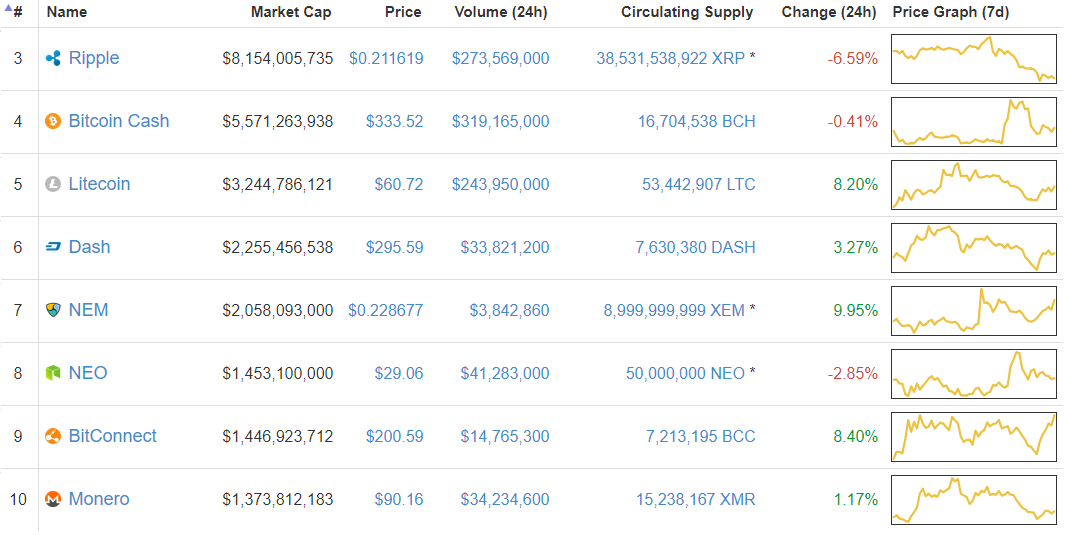 But there were some significant outliers. In fact, three of the top 10 cryptocurrencies posted negative movement for the day, and the worst performance belonged to ripple. XRP holders had expected Ripple to make a major announcement during “Swell”, a conference hosted by the fintech startup. However, nothing materialized — at least not of the caliber they were expecting — causing the ripple price to add to its losses from yesterday. At present, the ripple price is $0.212, which represents a 24-hour decline of 7%.

Fourth-ranked bitcoin cash also posted a minor decline, causing it to tick down to about $334. Several major bitcoin cash proponents — including Roger Ver and Calvin Ayre — intend to start a campaign to assert that “bitcoin cash is bitcoin”, so it will be interesting to see if this has any lasting effects on the trajectory of BCH.

The litecoin price, on the other hand, rose by 8%. This advance pushed it back over the $60 threshold, and litecoin is currently priced at $61. This translates into a market cap of $3.2 billion.

Dash added 3%, but it was unable to climb past the $300 mark, while NEM surged by just under 10%. NEO declined 3% after weathering the Wednesday downturn quite respectably, and bitconnect rose by 8% to $201. Monero rounds out the top 10 with a 1% increase, which was just enough to inch above the $90 barrier.