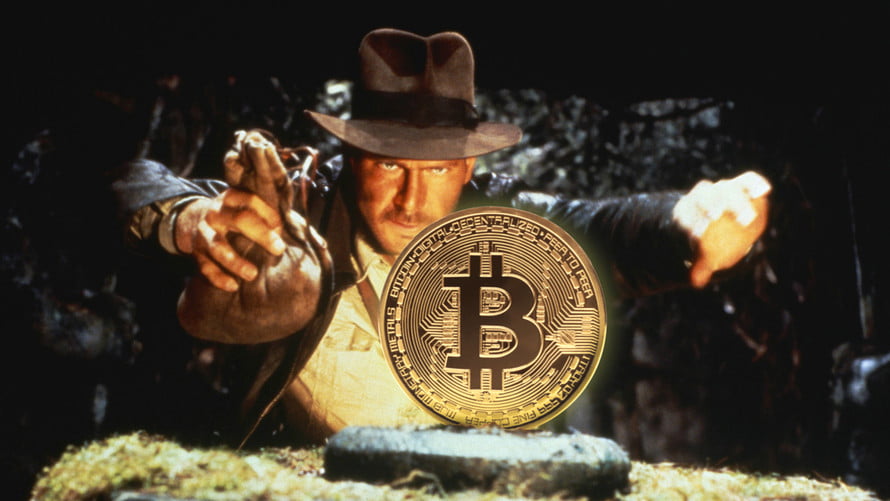 Bitcoin breaks above $6,000, and $100 billion in value for the first time in its history

The world’s most prominent digital currency was on track to mark a fresh milestone on Friday, with bitcoin rallying and putting the cyber currency in position to hit a total market value of around $100 billion.

To be sure, it is questionable to draw value parallels between the asset and more traditional companies, but it highlights the stratospheric rise of bitcoin BTCUSD, +3.00% which didn’t exist a decade ago: 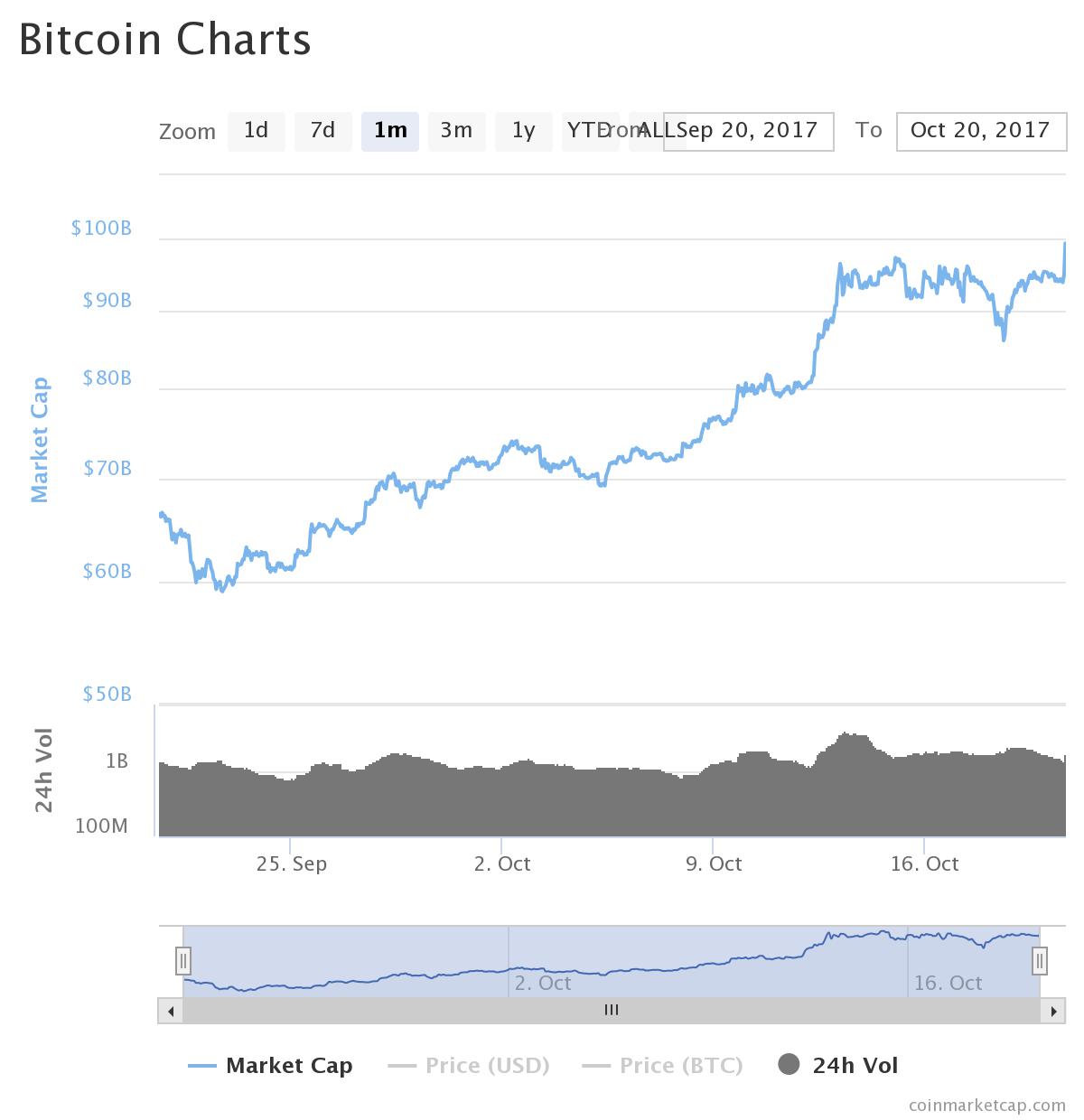 Bitcoin surges on Friday to near a $100 billion valuation.

A single bitcoin also broke above a milestone of $6,000, reaching an intraday high of $6,064.14 Friday afternoon, according to research and data site CoinDesk.com. Bitcoin also boasted a market value of roughly $100.81 billion at its peak on the day, according to data site Coinmarketcap.com. The move comes just as the Dow cleared its own psychologically important level of 23,000 on Wednesday.

Iqbal Gandham, U.K managing director at eToro, a trading platform, said continued buying in bitcoin ahead of a hard fork later in October that will create another version of bitcoin is helping to stimulate investment. So-called Bitcoin Gold, designed to address challenges mining for bitcoin using computers to solve complex problems, will be launched on Oct. 25.

Then on Nov. 18, bitcoin will face a second version of Segregation Witness, or SegWit2x.

Both so-called hard forks are expected to create alternative versions of bitcoin, with owners of the core currency being granted the newer versions on a one-for-one basis.

Diminished expectations that China will ban cryptocurrency exchanges also has helped boost bitcoin’s value. Beijing is expected to require a license to operate bitcoin platforms rather than banning them outright, as had been feared earlier, according to recent reports.

“It’s the flow of positive news clarifying earlier rumors which is moving the price up,” Gandham said.

“It’s an exciting time to be in cryptocurrencies today,” he said. “More and more individuals and businesses are viewing bitcoin as a store of value that they should be exposed to”

Of course, there are no dearth of critics who see the rapid ascent of digital currencies as a bubble.

J.P. Morgan Chase & Co. JPM, +1.43% CEO Jamie Dimon has been one of the more vocal critics of the currency as a store of value.

“If you’re stupid enough to buy it, you’ll pay the price someday,” he said during a panel discussion last week. Meanwhile BlackRock’s head Larry Fink has described bitcoin as “an index to launder money.”

The No. 2 most prominent cryptocurrency, Ether tokens on the Ethereum blockchain, meanwhile, were also higher. One Ether token was recently valued at $307.