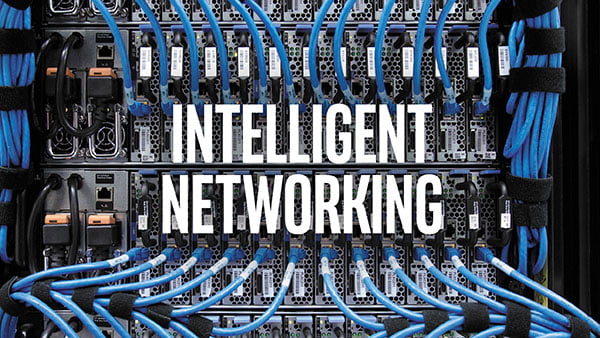 Want to generate consistent, predictable and long-term residual income like wealthy people?  If yes, then, you have to follow certain proven economic/financial principles that ensure wealth-generation.  Now, the definition of wealthy isn’t restricted to those who possess extraordinary large sums of fiat currency but also, include those with mindsets receptive to thinking and executing beyond the limits of conventional restriction (yeah, The entrepreneur).  This applies to those non-comformists who were ridiculed in high school, thought of as techies in college and then, exalted as heroes in adulthood.  So, the question of networking is important because it establishes a foundation where the journey of your success begins with the collective support of other potential business partners with the same vision as yourself.  The Steve Jobs, Bill Gates and Paul Allen’s, of the world can definitely relate.  So, what motivates these malcontents and why do they do it?

Well, many have identified the following psychological needs as being core factors to their pursuit: personal achievement (lifelong dream), autonomy, creativity and freedom.  Even if, you were not an entrepreneur the aforementioned psychological needs are self-explanatory in having great value in the lives of any individual who craves normalcy.

Now, wealthy people are generally entrepreneurial and seek opportunities to invest their money in ventures that will yield a positive return on their investment.  One of the ways they do it is by team-building or networking with other like-minded people, who share the same vision, philosophy of financial prosperity, technical expertise and willingness to take calculated risks to achieve success.  Oh yes, the wealthy are willing to network with geniuses/mavericks who possess another approach to problem-solving, while developing new innovations to make things more efficient and ultimately profitable.  Please recognize the creation of a Mastermind Group was no accident and continues to this day because of the obvious benefits it yields to its members.  I trust you are onboard, I hope.

In truth, the wealthy work with others because they recognize the importance of strength in numbers, which increases the probability of success as compared to going it alone, which increases the severity of potential loss.  Billionaire J. Paul Getty, once said, “I would rather profit from 1% off the efforts of 100 people rather than 100% of my own efforts”.  Obviously, Getty knew something about wealth-generation, but more importantly, he knew the importance of working with others, because strength in numbers reduces risk and provides greater knowledge about similar challenges in the future.  The more sophisticated you are in any area of success then; your odds of success explode.

Now, are you networking or building a team of entrepreneurs who share the same vision of success that you possess or are you doing it all by yourself?  If you go it alone then, be prepared to spend more money out of your pockets because your risk has increased exponentially.  Additionally, if, you are networking with entrepreneurs who FEAR different approaches or refuse to adjust to changing market conditions and more importantly, needs of their customers then, you are a Dead Dealer destined for the MLM Cemetery.  Why shoulder the burden of your entrepreneurial dream, when you can benefit from the efforts of an entire global online community that receives solid training and support from an entrepreneur dedicated to helping the little guy and gal.

Are you receptive to benefiting from the collective efforts of a professionally trained global network of entrepreneurs producing quality content through one of the most technologically advanced blogging platforms available for free?  Additionally, you will be able to access an arsenal of content creation resources and tools that will enhance your knowledge base as a marketer.  How about creation of groups being an integral part of the success within Markethive because this is where our network of guys and gals employ the Hivemind into providing solutions to problems through our collective content creation efforts.  Nothing like having a ready-made team of like-minded people, who are ready to work for you?  Well, you now see why the wealthy continue to reign supreme, because they connect with others, so as to leverage their efforts and investment by working with others, while the average broke Richard (Dick) does things unilaterally and generates no return on his investment.  Ready to change your philosophy of going it alone or remaining with a network of so called entrepreneurs who fail to recognize their Comfort Zone is really their Failure Zone?  Let’s not forget playing it safe is costly because in today’s business environment being stagnant as the World passes you by ensures your failure.

Let’s look at some of the social networks exclusive to the wealthy:

Metropolitan Club, a social network for what was described as obnoxious rich people and fittingly suffered its destruction 2-months after its debut in 2014.

aSmallWorld.Net, an invitation only social network of very young millionaires, who wanted to keep their clique very exclusive.

Total Prestige, an invitation-only networking site for one of the world’s most underserved internet demographics: the super- and super-duper rich … Ten members are billionaires. Most of them come from Europe and the Middle East, and range from royalty and entrepreneurs to entertainers. To get an idea of what these folks are blogging about: One recent post seeks advice for avoiding pirates while yachting up the African coastline."

Diamond Lounge, another exclusive group that is by invitation only of social networks consisting of Hedge fund managers, VC’S and CEOs.

Affluence.org, this is Facebook for the filthy rich.  Cost is FREE but, requirement of a household income of $3 Million must be verified.