Bitcoin (BTC) continues to recover from this years low, set earlier this month. The market cap now stands at US$177.78 billion, with US$3.69 billion traded on exchanges in the past 24 hours.

A recent acquisition has been a hot topic of discussion this week, with Circle buying Poloniex for US$400 million. Boston-based Circle is one of three companies that hold a New York bitlicense and also has plans to release a retail trading app later this year.

Having launched in 2013, following a US$9M Series A funding round, Circle was created to increase mainstream adoption of digital currencies like Bitcoin by providing a payment platform for consumers and merchants. The company has since raised a total of US$140 million in venture capital from investors including Goldman Sachs, IDG Capital Partners, Breyer Capital, Accel Partners, General Catalyst Partners, Baidu, CICC Alpha, EverBright, WangXiang, and CreditEase. Goldman has since started development of a cryptocurrency trading desk of their own.

While putting their money to use, Circle cites Poloniex as an important bridge for “an open global token marketplace.” The cryptocurrency exchange was unable to keep up with the market demand in 2017, having problems with exchange uptime and answering customer support tickets. As a result, Poloniex lost much of its market share to Bittrex. Binance has also now arrived on the scene, only adding to the market competition.

In an interesting twist, Goldman Sachs Group Inc. Chief Executive Officer Lloyd Blankfein said it’s too early for his bank to need a bitcoin strategy and that he doesn’t consider the digital currency to be a store of value. Blankfein said that volatility needs to settle down and it "doesn't feel like a currency, doesn't feel like a store of value […] It works out — and it gets more established, and it trades more like a store of value, and it doesn't move up and down 20 percent, and there is liquidity to it — we'll get to it."

Goldman is far from the only incumbent to take a publically hawkish stance on the asset. In last years annual report, JPMorgan Chase had one reference to cryptocurrency, acknowledging it was a competitor to their business model due to its ability to decrease fees and friction between payments.

JPMorgan CEO Jamie Dimon famously called BTC a fraud, but later expressed regret that he made the remark. The financial giant was also one of three banks, including Bank of America and Citigroup, to begin banning credit card purchases for cryptocurrency earlier this year.

Bank of America CEO Brian Moynihan is also a staunch critic of cryptocurrencies alleging that they represent an untraceable tool for money laundering and other illegal activities, stating “we have limited our relationships [with cryptocurrencies] and I think the thing speaks for itself.”

Former Wells Fargo CEO Dick Kovacevich believes that BTC is a “pyramid scheme,” adding, “it makes no sense.” Citigroup CEO Michael Corbat sees cryptocurrencies as a threat to the existing financial system that allow for tax avoidance and money laundering, which governments won’t allow. He does, however, see potential in nationalized digital currencies, but believes that “cryptocurrency is a bad moniker.” 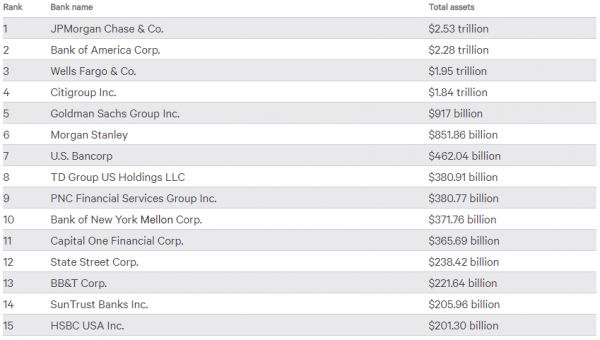 In other news, the Dave Kleiman estate has filed a US$10 billion lawsuit against Craig Wright. Kleiman and Wright were both early BTC miners. The suit alleges that since Kleiman’s death, Wright has “perpetrated a scheme” to “seize Dave’s bitcoins.” The lawsuit is seeking between 300,000 and 1.1 million BTC, to be determined at trial.

Chain analysis of the addresses in the lawsuit by WizSec, the company responsible for making the Mt. Gox and BTCe connection, has found that the addresses are likely not owned by either Craig Wright or Dave Kleiman, but are simply addresses which at one point in time held a significant amount of BTC.

In the meantime, the Bitcoin network metrics continue to tell a complex story as scaling solutions continue to evolve. Metrics to watch include; hash rate and difficulty, transactions per day, network value to transactions (NVT) ratio, unconfirmed transactions, SegWit adoption, transaction outputs (not shown), and Lightning Network growth and usage.

Hashrate and difficulty continue to increase despite a drastic decrease in mining profitability, which will continue to so long as more hashrate is added to the network and price does not increase. Mining profitability is currently analogous to May 2017 (not shown). The leading ASIC manufacturer, Bitmain, may have made as much as US$4 billion last year according to an estimate by CNBC.

Transactions per day have continued to decline since December. The transaction highs largely mirror the bitcoin price chart itself. Individual transactions have also declined due to batching, where one transaction is sent to many addresses at once instead of each transaction being sent individually.

BTC price is also very closely related to network activity. The network value to transactions (NVT) ratio (not shown) has increased substantially as a result, now comparable to levels seen in 2015. A lower NVT suggests a cheaper value per unit of on-chain transaction volume. NVT does not account for off-chain transactions.

The combination of transaction volume and price have created a tumultuous year for the BTC fee market in 2017, as the scaling debate raged on between factions. Community consensus lead to the implementation of a soft fork with Segregated Witness (SegWit), which won out over a hard fork that merely increased block size. Transaction fees are currently negligible. Transactions can currently be sent for US$0.48 (2 sat/byte) with a less than four hour expected confirmation, according to the hardware wallet Trezor.

As transactions have declined, the number of SegWit transactions as a percentage of the total has recently seen an uptick. SegWit provides a scaling solution that effectively decreases the size of a transaction, which allows for more transactions to be squeezed into each block. Bitfinex and Coinbase have both started using the update. 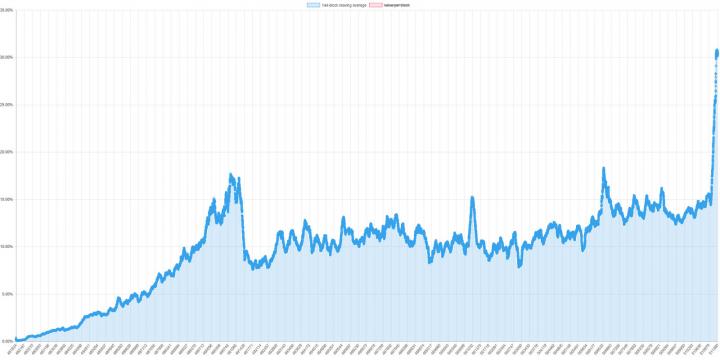 SegWit also enables the Lightning Network (LN), a protocol that implements trusted, bidirectional, off-chain, hub and spoke payment channels. LN is designed to facilitate microtransactions that are confirmed in milliseconds. There are 1873 nodes with 5,153 channels currently operating on the BTC testnet. The number of nodes and channels on the mainnet has now started to catch up, with 900 nodes and 1,500 channels, but should be used with caution. 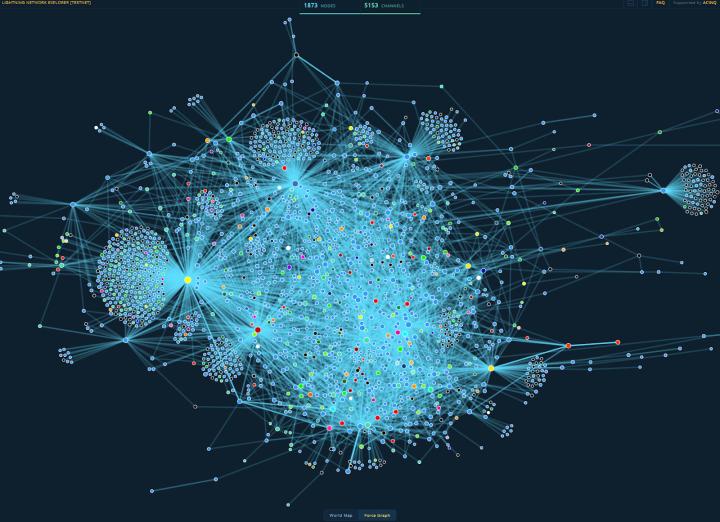 Exchange traded volume this week has been led by the USDT and USD markets, mostly on Bitfinex. The Korean Premium remains in the Korean Won (KRW) market, where BTC sells for ~5.5% more on average.

Global over the counter (OTC) volume remains down sharply from December and January. Despite this, Venezuela posted a record high in Bolivar volume over the past week. 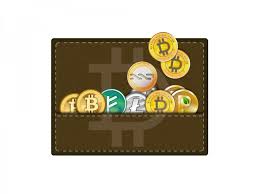 I am continuing my education regarding MyCryptoWorld.

Today I am looking at wallets. Previously I have learn't that Cryptocurrency transactions are protected by military level encryption and physical coins do not exist. So where is the best place to store our Bitcoins or other cryptocurrencies.

There are three types of wallets

Your options. probably  depends on your age and familiarity with using computers and mobile devices and how often or how many coins you have, the choice is very much up to you.

My first choice is a user controlled wallet such as Blockchain, which is web based and also can be used on mobile devices. You have full control over your money, but that comes with its own dangers: you could lose your private keys, your computer could be hacked and the keys could be stolen, or your computer could break, and if you did not keep another record of your keys, you’d be out of luck.

One reason I like Blockchain is because the wallet is built on an HD (or hierarchical deterministic) framework, which has a different method for address generation and management. Each public address your wallet generates stems from your wallet's xPub (or Extended Public Key). Once your public address receives an incoming payment, a new address will automatically be generated and display when you click on receive.

There is a danger If you use the same address every time you receive funds, it becomes easy for anyone to track your entire payment history. This method of address generation improves privacy by automatically presenting you with a new address when you’re expecting payment.

I have also looked at Circle which is a hosted wallet which is more mobile based and very user friendly wallet,which can hold currencies or Bitcoin and you can send and receive either to other people by using email or Bitcoin addresses. However, there are limits which are placed on you initial transactions (0.3329 BTC weekly limit) No need to worry about anything except the limits, Great for day to day use. No need to use Bitcoin exchanges as this is all built in, Conversions are made when you add or remove funds from your wallet. Bitcoin balances in your Circle account, are fully insured against any breach of digital or physical data storage at Circle.

Initially I thought that its security was not up to scratch as I was not required to supply ID information to purchase Bitcoin. When I wanted to send Bitcoin however, I had to supply additional information which delayed the ability to send for 3-5 working days.

Hardware wallet is a special type of Bitcoin wallet which stores the user's private keys in a secure hardware device, which might be a usb or other storage device such as a mini computer

They have major advantages over standard software wallets:

You might ask why I am providing this information and researching Cryptocurrency, It is because I am involved with the ICO of a new Cryptocoin.