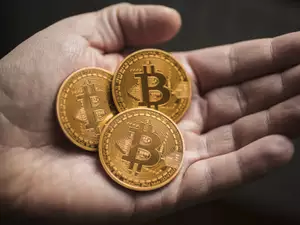 Tax Dept starts probe into Bitcoin exchanges to ascertain rate they can be taxed under.

The indirect tax department has launched an investigation into Bitcoin exchanges operating in India to ascertain at what rate they can be taxed under the goods and services tax (GST) regime, two people with direct knowledge of the matter said.

The development comes as the income tax department launched searches on top Bitcoin exchanges including Zebpay, Unocoin and CoinSecure on Wednesday.

According to the indirect tax officers, the investigations began probe about a month back and top executives and promoters of some Bitcoin exchanges were asked to explain their business model and how much indirect tax — either service tax or value-added tax — could be levied on the last financial year's revenue.

"There is ambiguity around how much sales tax is applicable on revenues of these startups as the product they deal in is not defined by the current tax laws," said a person with direct knowledge of the matter. "No satisfactory answer is yet provided by any of these Bitcoin startups."

Bitcoin is the most popular among digital currencies that allow online payments directly from one person to another without any middlemen or going through any financial institution. With many businesses beginning to accept them, there is rising demand for such cryptocurrencies that come without any government control and allow anonymous transactions. More than that, Bitcoin has become a craze among investors, with its value skyrocketing more than 1,200% in 2017 alone. Price of one Bitcoin stood at $17,900, or .`11.46 lakh, on the Luxembourg-based Bitstamp exchange as on Friday evening.

Among other things the tax department wants to know if Bitcoins are currency, goods or services. Tax rates would depend on how the product is defined.

"Bitcoin may not qualify as currency or money as it is not a legal tender for Indian indirect tax laws," said Pratik Jain, national leader, indirect tax, PwC. "Therefore, VAT (value-added tax) or GST implications may arise. In case it is sold to overseas customers from India it may qualify as 'export'." However, if there is a commission or fee earned in the transaction, then the business of Bitcoin exchanges is likely to be viewed as a 'service', Jain said. "There are several grey areas which need to be investigated, in light of the precedence and guidance available under laws of other countries."

Industry insiders said that Bitcoin players, including Indian exchanges, earn their revenue through commission, transaction fees or price arbitrage. There was no response to queries sent to Zebpay and CoinSecure on Wednesday. Unocoin told ET: "Given that we have not received any notice, none of your questions are relevant."

No tax notices have been issued yet. That can happen only after an investigation is concluded and the exact tax applicable is determined.

One person close to the development said the indirect tax department is likely to issue demand orders to Bitcoin exchanges by the first quarter of next year. "The sales tax department and VAT authorities would be well within their rights to issue arbitrary demand orders (for 2016-17, before the implementation of GST)," the person said. GST was put in place on July 1.

According to another person in the know, VAT authorities from Gujarat, Maharashtra and Karnataka have separately initiated an inquiry to determine if Bitcoin exchanges are liable to the tax.

Tax experts said calculating indirect tax on the revenue earned by the Bitcoin startups is causing problems due to lack of clarity around the 'place of supply' provisions.

The stratospheric rise in Bitcoin valuation has prompted several investors and experts, including Warren Buffet and JP Morgan's Jamie Dimon, to warn that it is a bubble. The Reserve Bank of India (RBI) has so far issued three warnings against Bitcoins — the first in 2013, the second in February this year and the third last week.

There are 1,600 types of cryptocurrencies available across the globe based on blockchain technology. The more common ones include Bitcoin, Ethereum, Ripple, Litecoin and Dash.

"One needs to choose a cryptocurrency wallet and an exchange to trade on the currency," said Vishal Gupta, founder of SearchTrade, a search engine company that uses Bitcoins to pay users every time they search on the platform. "From there it is as simple as filling out a form and waiting for the transaction to process."

Gupta, who also cofounded the Digital Assets and Blockchain Foundation India (DABFI), however, declined to share how players (wallet or facilitators) earn their revenues. 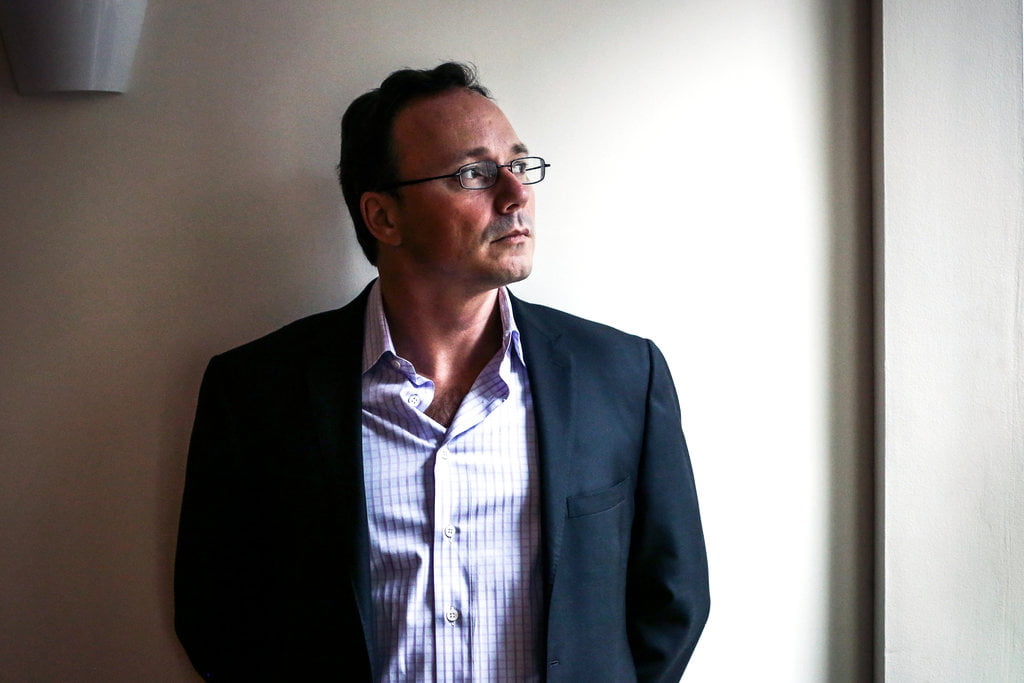 SAN FRANCISCO — As the price of Bitcoin has soared, the virtual currency has edged toward the mainstream.

Square, the fast-growing payments company run by the Twitter co-founder Jack Dorsey, has begun selling Bitcoins to ordinary consumers, and the Chicago Mercantile Exchange will soon allow banks to trade on the value of Bitcoin.

But if you want to see where the price of Bitcoin is actually determined in round-the-clock bidding, you have to go to a number of unregulated exchanges that often fly in the face of American and European laws.

These days, no exchange is bigger than Bitfinex, an opaque operation that provides no information on its website about where it is or who operates the company.

Bitfinex, which is officially incorporated in the British Virgin Islands, has been fined by regulators in the United States and cut off by American banks, and it has lost millions of dollars of customer money in two separate hackings, leading critics to question whether it even has the money it claims to hold.

In the latest blow, on Tuesday, an alternative virtual currency that is owned and operated by the same people as Bitfinex, known as Tether, announced that it had been hacked and lost around $30 million worth of digital tokens.

None of that has been enough to stop customers from pumping billions of dollars worth of virtual currency trades through Bitfinex in recent weeks — on some days, the exchange claimed to be doing more trades, by dollar value, than some stock exchanges in the United States.

Even many people who believe in virtual currencies worry that the mixture of loose controls and booming trading at the world’s largest exchange is likely to cause trouble for all the investors piling into virtual currencies, even those who don’t go near Bitfinex. 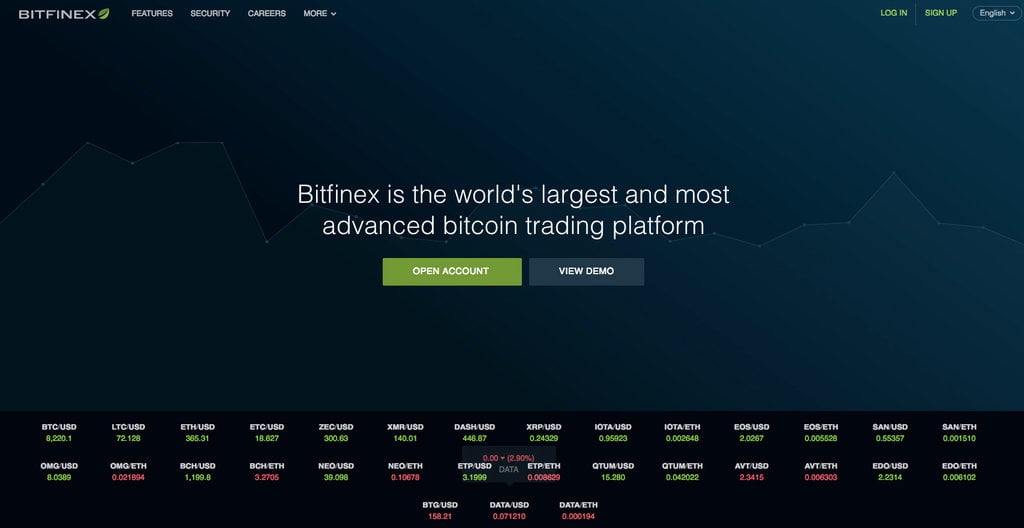 On some days, Bitfinex claims to carry more transactions, in dollar volume, than major stock exchanges.Credit

“I’m worried about the systemic risk that this centralized company poses, and I’m worried that if they go down, they will take down the space with them,” said Emin Gün Sirer, a computer science professor at Cornell University, who has a track record of successfully predicting problems in the growing virtual currency industry.

The chief executive of Bitfinex and Tether, Jan Ludovicus van der Velde, said in an email on Tuesday that “the financial position of the company has never been stronger.”

Concerns over virtual currency exchanges are nothing new. The first and largest Bitcoin exchange, Mt. Gox, collapsed in 2014 after losing $500 million of customer money to hackers.

This year, law enforcement took down another large Bitcoin exchange, BTC-E, which was accused of being a way station for many of the Bitcoin flowing through online black markets and ransomware attacks.

Those regulated exchanges, though, are dwarfed by unregulated ones like Bitfinex and several that have popped up in South Korea, where regulators have been slow to act.

The liquid nature of the Bitcoin markets, flowing around national borders and laws, is a product of the virtual currency’s unusual structure. Bitcoin is stored and moved through a decentralized network of computers that are not under the control of any single company or government. 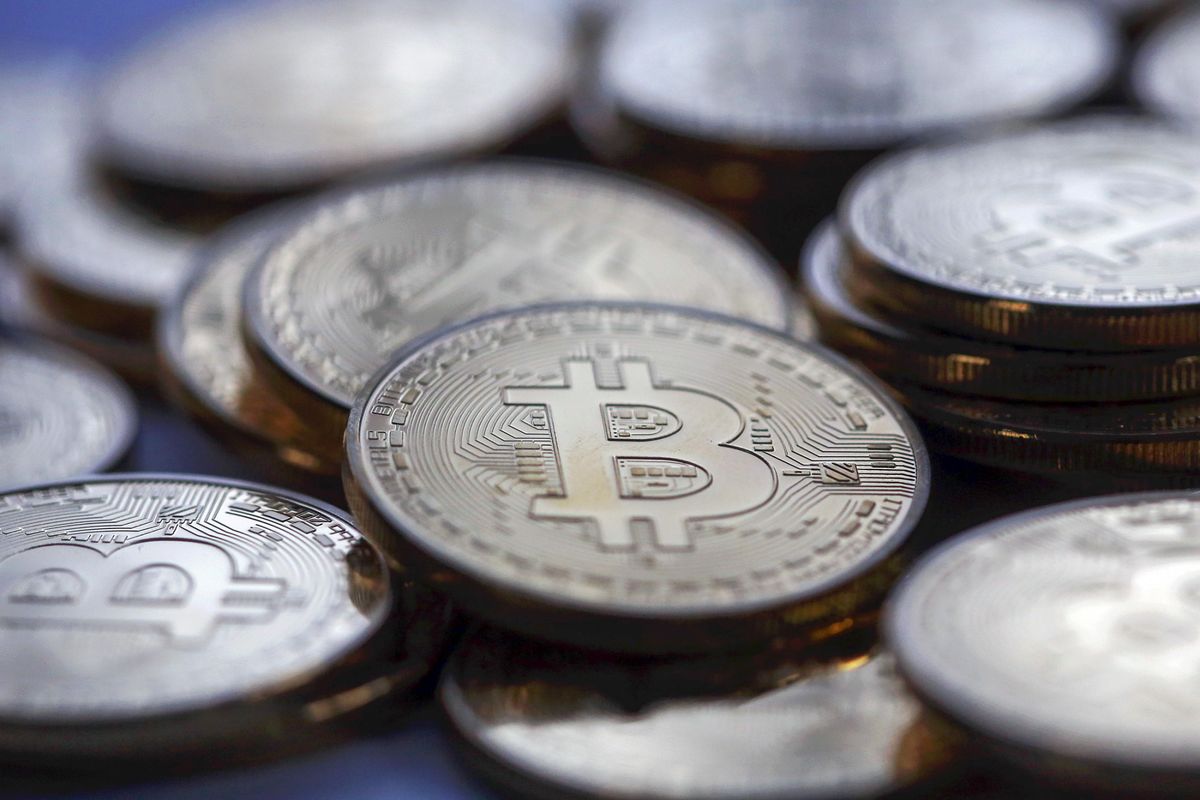 China plans to ban trading of bitcoin and other virtual currencies on domestic exchanges, dealing another blow to the $150 billion cryptocurrency market after the country outlawed initial coin offerings last week.

The ban will only apply to trading of cryptocurrencies on exchanges, according to people familiar with the matter, who asked not to be named because the information is private. Authorities don’t have plans to stop over-the-counter trading of virtual currencies, the people said. China’s central bank said it couldn’t immediately comment.

Bitcoin slumped on Friday after Caixin magazine reported China’s plans, capping the virtual currency’s biggest weekly retreat in nearly two months. The country accounts for about 23 percent of bitcoin trades and is also home to many of the world’s biggest bitcoin miners, who confirm transactions in the digital currency.

While Beijing’s motivation for the exchange ban is unclear, it comes amid a clampdown on financial risk in the run-up to a key Communist Party leadership reshuffle next month. Bitcoin has jumped about 600 percent in dollar terms over the past year, part of a broad surge in virtual currencies that has fueled concerns of a bubble. The People’s Bank of China has done trial runs of its own prototype cryptocurrency, taking it a step closer to being the first major central bank to issue digital money.

“There has been a general tightening of the screw on regulating financial and monetary conditions,” said Mark McFarland, chief economist at Union Bancaire Privee SA HK in Hong Kong. “All of these things suggest a longer term process of tightening scrutiny of activities that aren’t in the normal sort of monetary realm.” 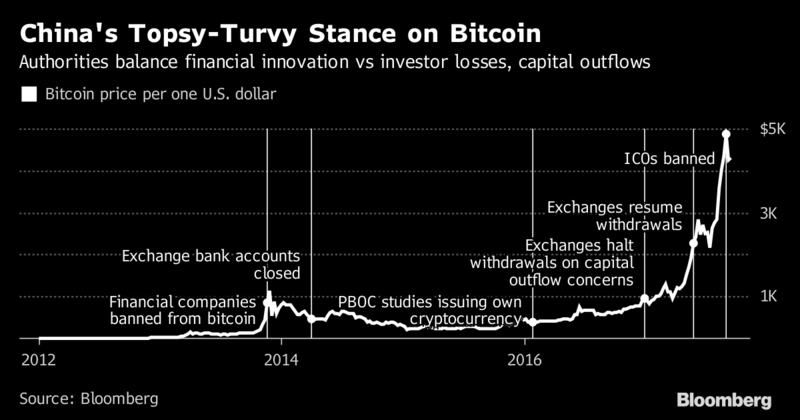 While bitcoin users will still be able to trade cryptocurrencies in China without exchanges, the process is likely to be slower and come with increased credit risk, analysts said.

The exchange ban is unlikely to have a major impact on the prices of cryptocurrencies because venues outside China will continue trading, according to FBG Capital’s Zhou. The country’s role in the bitcoin market had already started shrinking in recent months as authorities tightened regulation. At one point, exchanges in the country accounted for more than 90 percent of the world’s bitcoin transactions.

The bigger risk for global bitcoin traders may be the massive rally in prices, according to McFarland.

“Whenever you start to hear about Hong Kong taxi drivers becoming millionaires from buying bitcoin, you start to think this is not necessarily driven by fundamentals,” he said. “So you will get quite substantial pullbacks at some point.”