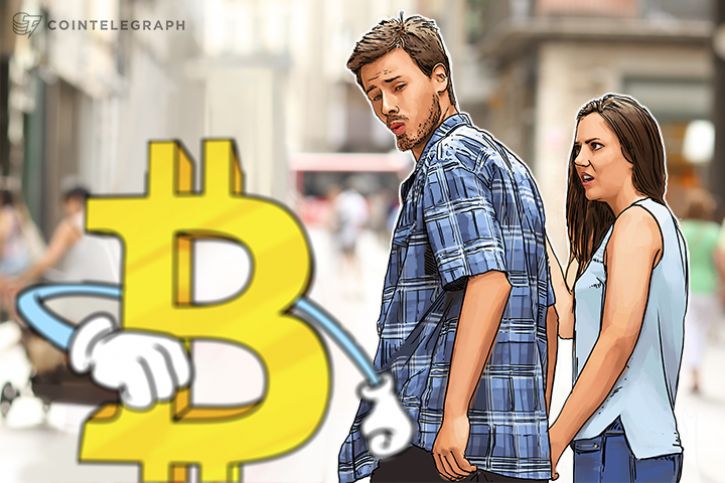 As non-profit cryptocurrency research institution CoinCenter’s Neeraj K. Agrawal wrote, 2017 was the year in which Bitcoin and cryptocurrencies went mainstream. 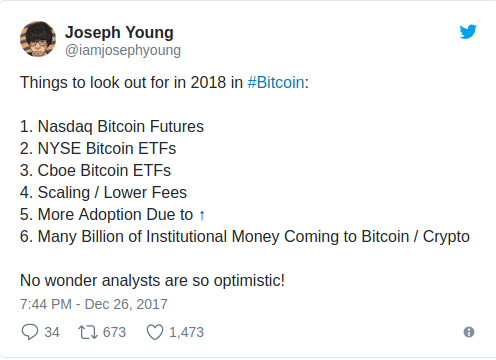 The New York Stock Exchange (NYSE), the biggest stock market in the world in terms of daily trading volume, has applied two launch two Bitcoin-related exchange-traded funds (ETFs). Cboe has applied to launch six such ETFs themselves. Bitcoin futures are strictly regulated investment vehicles that can provide institutional investors and high profile individual investors immediate access to the Bitcoin market. Bitcoin ETFs, on the other hand, will provide easy access to Bitcoin for retail investors and some classes of institutions that do not trade on the futures market.

In March 2017, as Cointelegraph reported, the US Securities and Exchange Commission (SEC) rejected a Bitcoin ETF filing submitted by the Winklevoss twins, the first confirmed billionaire Bitcoin investors, because of the Bitcoin market’s lack of regulation. However, the global Bitcoin market and its regulatory landscape have drastically changed since then. The Japanese government recognized Bitcoin as a legitimate currency while other large markets like South Korea have introduced practical regulations for local cryptocurrency businesses and investors.

Most importantly, the SEC left the door open for approval of a future Bitcoin ETF in the event that regulated Bitcoin futures markets should be developed. As such, it is highly likely that Bitcoin ETFs will be approved in 2018, given that Cboe and CME have proven that Bitcoin can be traded on strictly regulated platforms with proper investment protection.

In some countries, cryptocurrency mania has formed, as investors of all ages have begun to engage in Bitcoin and cryptocurrency trading. In South Korea, speculation around the cryptocurrency market has reached a point in which the South Korean Prime Minister Lee Nak-yeon released a public statement addressing the sudden increase in demand for digital currencies.

Several months ago, the South Korean government formed a task force to draft regulations to cover the digital currency market. 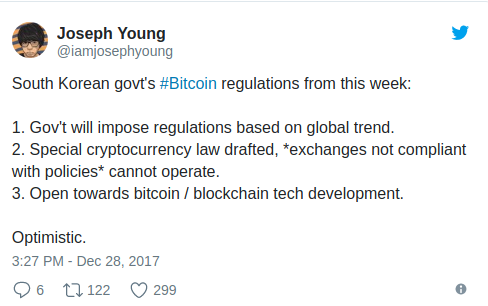 Over the past few months, the entire cryptocurrency market has experienced a drastic trend-shift as altcoins have surged in value. The “Bitcoin Dominance” metric has reached an all time low of 37.3%, indicating that the number one cryptocurrency now accounts for just over one third of the market cap of the entire digital currency sector. While there is some controversy over the use of market cap numbers to estimate the size of the market, it is clear that Bitcoin is no longer the only major player. Alternate digital currencies like Ethereum and Dash have increased in value over 100x in the past year.

Ripple in particular had an spectacular rally throughout 2017, as its value skyrocketed from $0.006 to $2.38, a 360-fold increase. While its current $88 billion market valuation is being questioned by analysts like Ryan Selkis from ConsenSys, it still remains as the second largest digital currency by market cap.