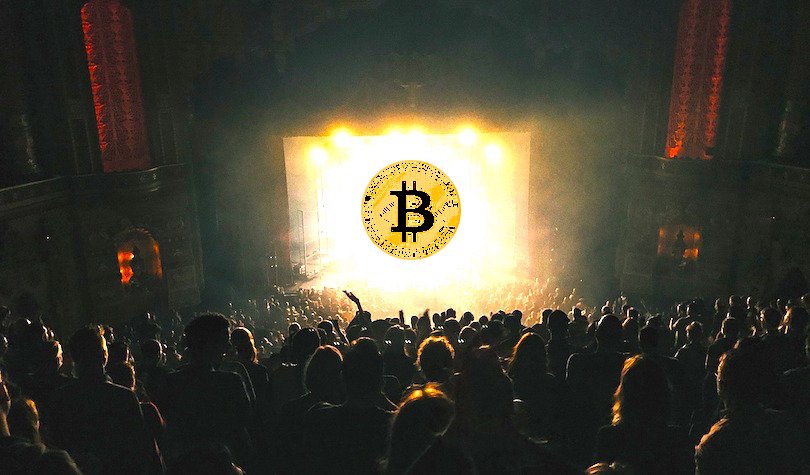 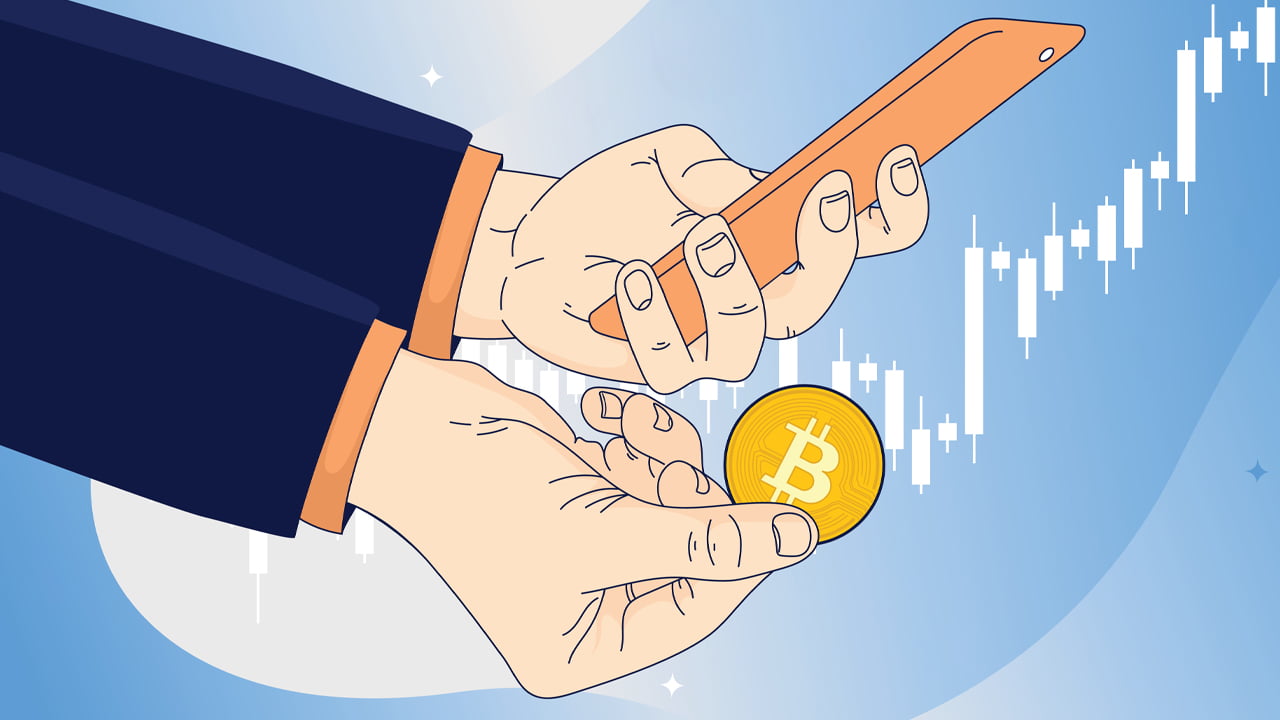 In mid-April, news.Bitcoin.com reported on a great number of BTC withdrawn from cryptocurrency trading platforms and after the third BTC halving, the trend has picked up once again. Data from Glassnode’s Bitcoin Exchange Net-Flow statistics show that close to 24,000 BTC has been withdrawn since May 11. Additionally, statistics from Bituniverse’s exchange reserve data indicate the same, but withdrawals are only affecting certain exchanges.

Just recently, the BTC blockchain experienced its reward halving and a number of observers are monitoring the network’s health. The price has slowly risen higher, and the overall hashrate lost a touch of hashpower, but nothing drastic like some skeptics predicted. It should also be noted that the tether (USDT) market briefly eclipsed XRP’s on May 12, and the overall supply of stablecoins has crossed a $10 billion valuation. USDT markets show that the market valuation of the stablecoin tether is $5.74 billion, or more than half the valuation of all the stablecoins in existence. After the bitcoin (BTC) halving on May 11, a number of users moved close to 24,000 BTC ($222 million) from centralized trading platforms, according to Glassnode’s Bitcoin Exchange Net-Flow statistics. 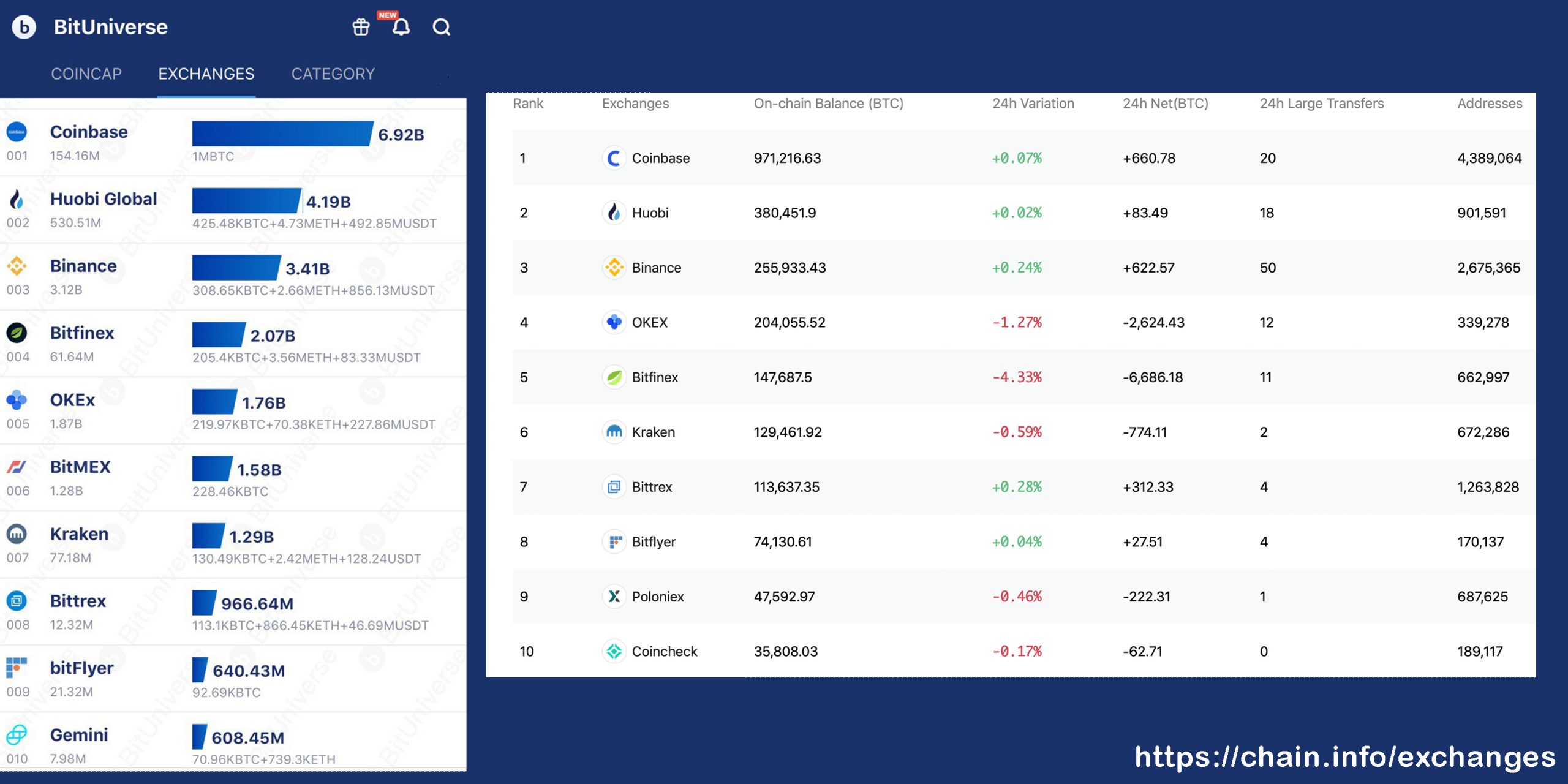 Exchange reserves according to Bituniverse (left) and Chain.info (right) on April 12, 2020. Chain.info stats are slightly different than Bituniverse’s stats.

In mid-April news.Bitcoin.com leveraged Glassnode’s data, statistics from Chain.info, and Bituniverse BTC reserve counts as well. That data shows that most of the movement came from specific exchanges and not the top dog. For instance, Coinbase still has the most reserves in BTC, and reserves have remained roughly the same. Huobi saw about 20K BTC leave since April 12. Bitfinex and Bitmex have seen some decent amounts of bitcoin withdrawn since then as well. Bitfinex had around 205K BTC in reserves in mid-April and today there’s only 134K today. Bitmex had around 228K BTC and on March 13, 2020 reserve data now shows 214K BTC. Bitstamp had 66K BTC on April 12, 2020, but today it has a touch more, holding 71K BTC according to Bituniverse data.

Exchange reserves according to Bituniverse on May 13, 2020.

Of course, this has caused a number of larger exchanges, by order of reserve count, to move positions. Bitmex and Bitfinex have dropped down a number of notches since January 1, 2020. The top five cryptocurrency trading platforms today, after the third BTC halving, include Coinbase, Huobi, Binance, Okex, and Bitfinex. Glassnode’s statistics show $200 million leaving some of the top cryptocurrency exchanges after May 11, but a lot more BTC has been withdrawn since mid-April. On Wednesday, Glassnode also tweeted that the Bitcoin Exchange Net-Flow subsided a hair, prior to the halving and following the event as well. Glassnode wrote:

In the hours before and after Bitcoin’s halving, exchange net flow decreased significantly. So far, the event has had no impact on 2020’s trend of investors withdrawing BTC from exchanges. 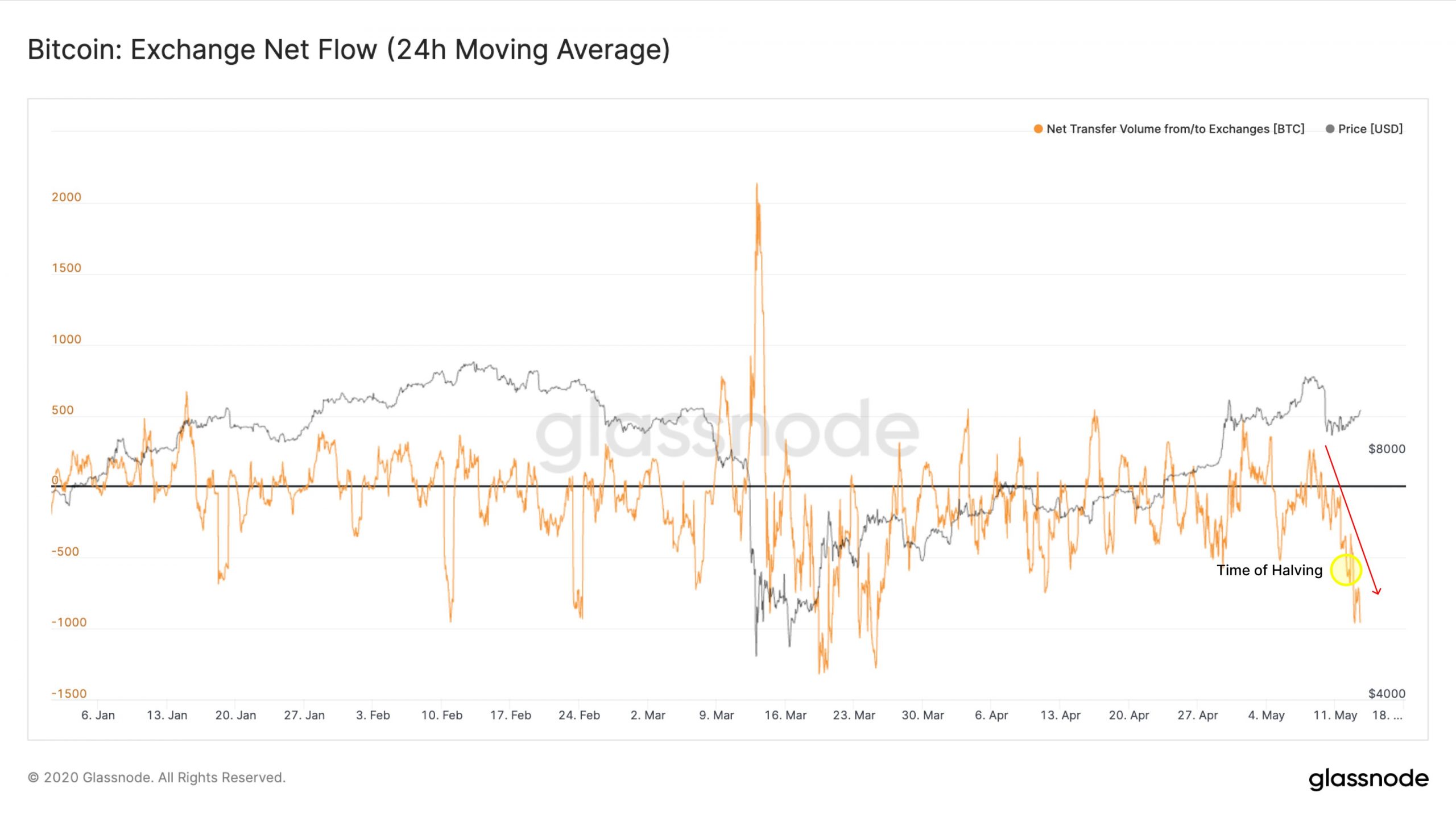 The millions moved off of exchanges since mid-April have been far larger than the Proof-of-Keys day initiated by Trace Mayer, which really didn’t amount to much of anything. Additionally, just like within the mining industry, exchanges are seeing a massive power shift, and those who were once mega-exchanges are being replaced by newcomers. Coinbase, however, has maintained its #1 spot for a long time and still holds 1 million BTC in reserves, according to Bituniverse and Chain.info data.

What do you think about all the BTC withdrawn from exchanges? Let us know in the comments below.