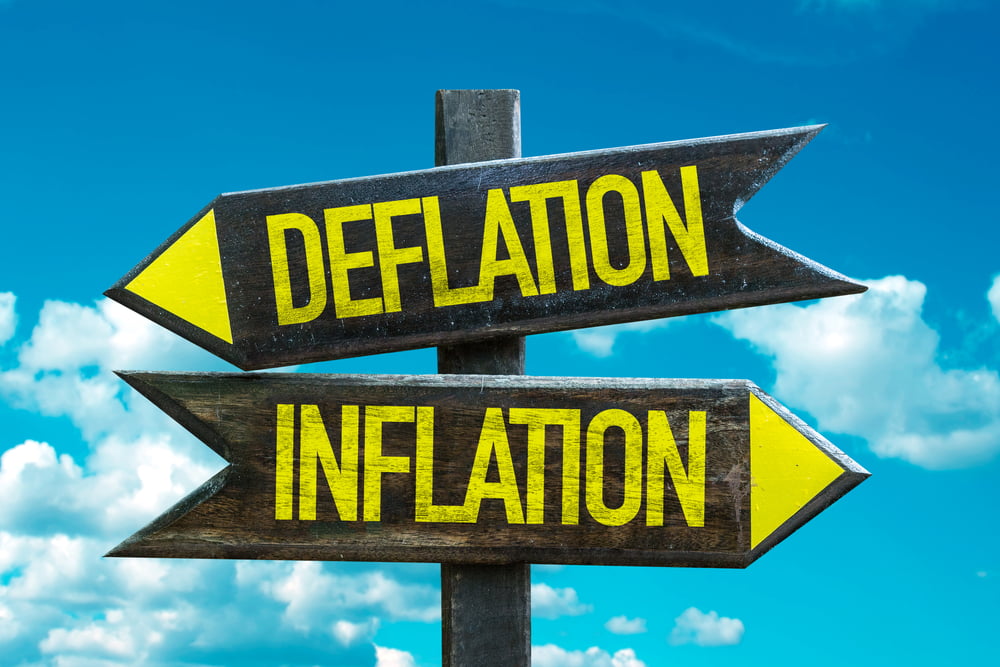 In the world of cryptocurrency, there are two main types of ecosystems. Either a cryptocurrency is inflationary — with new coins generated by mining or staking — or it is deflationary. A lot of people claim bitcoin’s deflationary status is a problem, and how minor inflation could alleviate these concerns. However, there are different aspects of either concept that need to be taken into account first.

Most cryptocurrency enthusiasts are well aware of how bitcoin has a fixed supply cap of 21 million coins. It is expected the last bitcoin will be mined around the year 2140, even though a large portion of the available supply is in circulation already. Some financial experts claim bitcoin’s capped coin supply is a problem, as it makes the popular cryptocurrency deflationary. Since no additional coins will be brought into circulation from that point forward, there will be no more inflation for bitcoin.

Deflation in the traditional financial ecosystem is a bad thing. Then again, cryptocurrencies such as bitcoin cannot be compared to any other currency in the world, thus making it a rather moot point. It is also a clear indication of how most economists are stuck in their old ways of thinking. Deflation is often associated with economies that not performing all that well. In most cases, deflation leads to falling prices. If that were to happen to bitcoin, things could go from bad to worse rather quickly.

One thing to keep in mind is how during times of financial hardship, consumers are not investing but flocking to liquid currency. For bitcoin, that could be a good thing, as it may even lead to future prosperity. From a long-term perspective, deflationary currencies are by far the better option. In bitcoin’s case, deflation will — probably — cause a rise in value. There is no real reason to think deflation is bad for bitcoin by any means.

Every major traditional currency known to man is inflationary. There is no hard limit as to how many US Dollars, Euros, or Pounds Sterling there can be at any given time. Central banks can use a technique called “helicopter money” to introduce more bills and coins to an ecosystem if they see the need to do so. With more money to go around, they hope to improve the financial situation for their specific region.

Inflation also has a nasty side effect that most people tend to overlook. As the supply of an available currency continues to grow, it makes the previously existing supply worth a bit less. In the world of cryptocurrency, there are two types of inflation: proof-of-work and proof-of-stake. The first option makes bitcoin an inflationary currency until all 21 million BTC have been generated. Proof-of-stake allows for a virtually unlimited coin supply even when there are no longer mining rewards to be distributed.