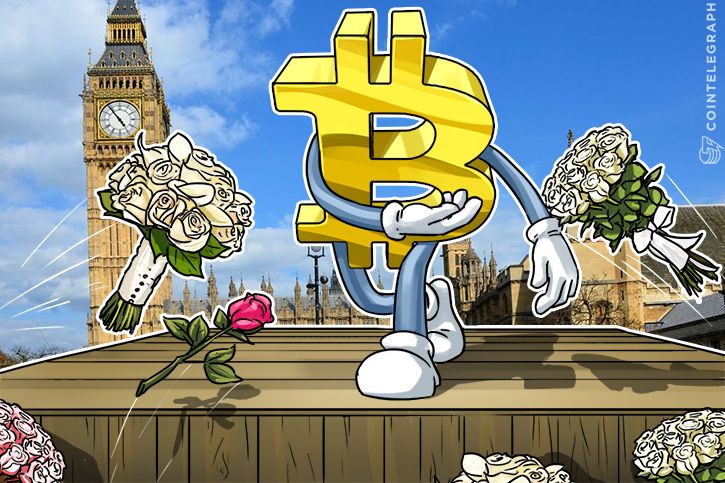 Mormons seeing the light in Blockchain

Our London Correspondent Nick Ayton, the Sage of Shoreditch, reports on new promising ICOs, Mormons seeing the light in Blockchain, Satoshi run over in Picadilly, Blockchain entrepreneur abducted by aliens and CityChain 2017 which was a huge hit! In short, another exciting week in fintech capital whereby some Blockchain is apparently seen as a religion.

The Mormon church realized Proof of Donation consensus could be a blessing in disguise. Forget the West End play called “Book of Mormon” and let me introduce you to the Ledger of Mormon. Obsessed with record keeping, the church that is, it wouldn’t be long until it was adopted by one of the mainstream faiths. “The Ledger of Mormon is the perfect place to record all donations that come from our communities” mentions Donald Osmund.

“The Mormon community is funded by its community members and from other donations, with each recorded on the Blockchain as a separate transaction where all members of the Mormon church can see what others are contributing.”

“We decided to adapt the Proof of Work consensus alogorithm as on Sundays the server room got hot which made the lights dim as the donations were processed in real time. So we came up with Proof of Donation that is less labor and resource intensive.”

Among the upcoming ICOs, I am looking forward to is Metal. Announcing the ICO its founder Marshall Hayner told me about their Proof of Payments Processed consensus that allows everyone to get rewarded for every dollar spent. Other ICOs are Aeternity delivering Lightning-based Smart Contracts that is already active, and of course Cosmos and TaaS ICOs gaining pace with the big one Storj attempting to solve the decentralized storage challenges of Blockchain that is expected anytime soon.

Satoshi gets run over by a chocolate lorry delivering Easter eggs.

CT: Who? Like I didn’t know.
VB: Satoshi’s been run over by a chocolate duck shaped van on Picadilly.

CT: Is he Ok?
VB: I think so, he is at the Royal Chelsea Hospital and I am on my way to see him. Apparently, he was impaled on chocolate bunnies and might not be able to eat chocolate ever again.

CT: Well that is a relief. Maybe he could design Proof of Cocoa.
But before I got an answer the line went dead and Vitallark was gone. We hope Satoshi makes a full recovery and he con continue to eat chocolate.

Following a successful Blockchain for Business People event to hot ticket, this week was CityChain 17 with some familiar names speaking. The event didn’t disappoint as it was produced by ‘mbn solutions’ based in Glasgow who are at the center of the Scottish Blockchain movement which has seen Nicola Sturgeon and the Scottish Parliament support.

Hosted by Paul Forrest (Chair) and organized by Michael Young there was a healthy dose of Hyperledger ever present but it was Gideon Greenspan CEO CoinSciences and brains behind MultiChain that for me stole the show, although Dave Birch at Consult Hyperion was the audience’s favourite delivering an amusing talk announcing “Blockchain is a religion, not a technology” soundbite. With talks from Simon Taylor, Director of Blockchain at 11:FS, Peter Bidewell at Applied Blockchain and John McLean of IBM CityChain have shown it was a well-rounded event, definitely one for your Blockchain Calendar.

CT: So Billy what happened this time?
Billy Whizz: As usual I had just purchased a pork pie on my way out of the ground where once again we let a 2 goal lead slip.

CT: Talk us through what happened…
BW: It was different to last time. I had just taken a bit of my pie when I was covered in a blue light.

CT: The police?
BW: Not it was over my head, and then I was in a misty room and it was really hot.

CT: You sure it wasn’t in the back of a Police Van?
BW: Are you going to take this seriously or not?  When I looked down my pie had gone, and I saw some shadows at the back moving around and it sounded like they were eating my pie. Then I was back on the ground, in Upton Park Road, which is strange because West Ham doesn’t play there anymore.

CT: Did they tamper with you?
BW: Of course not I understand Blockchain you know…

Well, Billy, there is a pattern emerging, you shouldn’t buy food after the game as it seems the aliens are hungry at this time and are tracking you.