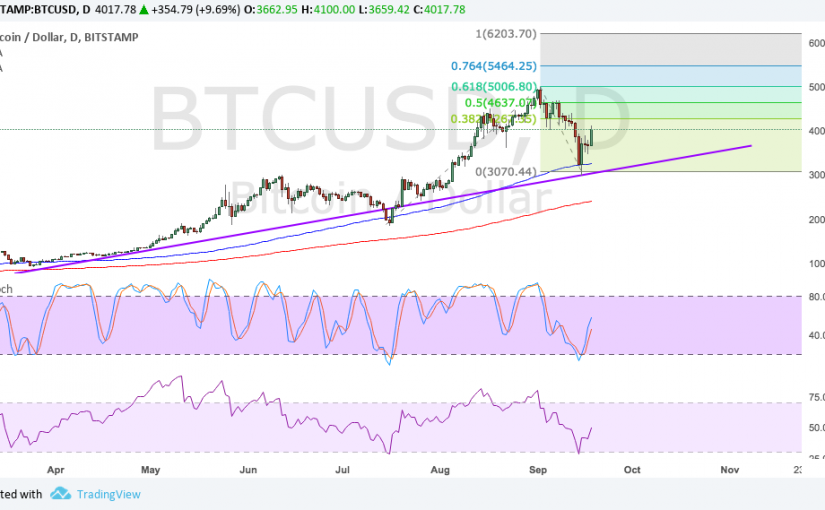 Bitcoin price seems to have completed a large correction and is ready to resume its long-term uptrend.

Bitcoin price seems to have completed a large correction and is ready to resume its long-term uptrend.

The 100 SMA is above the longer-term 200 SMA on the daily chart, signaling that the path of least resistance is to the upside. The gap is also gradually widening to reflect strengthening bullish momentum. Also, the 100 SMA has recently held as dynamic support as it lined up with the rising trend line connecting the lows since April.

Stochastic has pulled up from the oversold region to show that buyers are regaining control of bitcoin price action. RSI is also turning higher and appears to be heading north so bitcoin could follow suit. 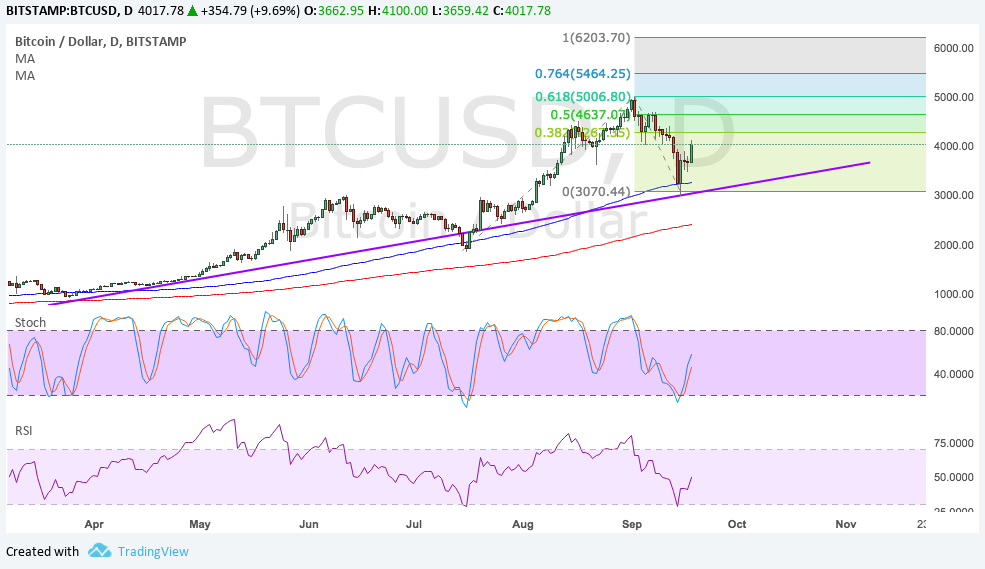 Chinese regulators have confirmed that they are stepping up their efforts to crack down on the cryptocurrency, following rumors that authorities are already shutting down exchanges in the country. However, investors seem to have moved on from this news as other markets like Japan and South Korea are taking majority of the market share and activity.

Meanwhile, the US dollar is giving up some ground to bitcoin price ahead of the FOMC decision, during which the central bank would likely keep rates on hold and downgrade growth forecasts on account of the recent hurricanes. A press conference will also follow and Yellen’s responses will be scrutinized as traders hunt for clues on December tightening.

Time to ride the tiger