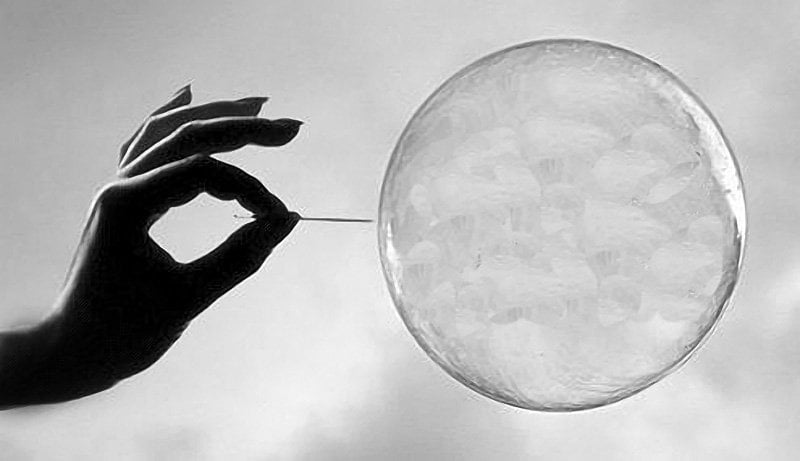 The bitcoin price has set numerous records in 2017, prompting a wave of critics to forecast that “The bubble will burst!”.

On August 14, BBC technology correspondent Rory Cellan-Jones became the latest in a long line of mainstream financial analysts and reporters to compare the rise of bitcoin to 17th-century Dutch Tulipmania. As he stated on Twitter:

The tulip bubble, which took place from 1634-1637, was sparked when a non-fatal virus infiltrated the Dutch tulip crop. This virus resulted in a variety of beautiful petal patterns, and tulips–which were already rare in Holland–grew in value according to the scarcity of their patterns.

Demand exceeded supply, causing prices to skyrocket and speculators to begin buying tulip bulbs as investments. Tulipmania became so pervasive that people even traded their homes and life savings for tulip bulbs. At one point, tulip prices increased twenty-fold in a single month.

Eventually, early investors began selling their tulips to secure their profits, creating a chain reaction of decreasing tulip prices as people rushed to sell before the price went down further. Soon, people began to panic sell, causing the price to crash and the Dutch economy to sink into a depression.

Is Bitcoin a Digital Tulip Bulb?

Tulipmania is the quintessential example of a price bubble, and cryptocurrency critics have lobbed this analogy at bitcoin for years. Whenever the bitcoin price breaks through a new barrier, they rush to explain to mainstream news outlets that the bubble is going to burst, killing bitcoin once and for all.

The implication behind this analogy is that, like 17th-century Dutch tulip bulbs, bitcoin has little or no inherent value and derives its price entirely from speculation. It is true that bitcoin, like any asset, has experienced price bubbles in the past and will continue to see them in the future. It is also true that some people invest in bitcoin on speculation alone, without understanding or believing in the potential of its underlying technology.

But where the tulip bulb comparison diverges from reality is that bitcoin has recovered from multiple market corrections, despite naysayers’ predictions to the contrary. Moreover, what critics disingenuously refuse to admit is that cryptocurrency has a myriad of use cases, and more are being developed every day. Tulip bulbs have a limited, well-defined use case, and that use case did not justify its rapid (and localized) price increase. Bitcoin adoption, on the contrary, is a global phenomenon fueled by a truly revolutionary technology.