The price of bitcoin has been surging over the weekend almost touching $3000 per BTC on Sunday, June 11 across most global exchanges. The following day roughly around 6:30 am bitcoin’s price took a steep decline dropping to a low of $2700 but has since bounced back a touch after the dip.

Bitcoin Comes Close to $3K, but Highs Were Followed by a Steep Correction

During the weekend throughout June 10-11 bitcoin’s price seemed to be forming a strong consolidation in the $2970-2980 range. It tried to cross the $3000 mark multiple times (it did on a couple of exchanges) with little success as the price per BTC topped a high of $2980 on the trading platform Bitstamp. After that, the June 12th morning dip seemed rather unexpected and looked to be merely some profit-taking for the time being. At press time the price has rebounded and is sitting roughly around the $2775 mark. 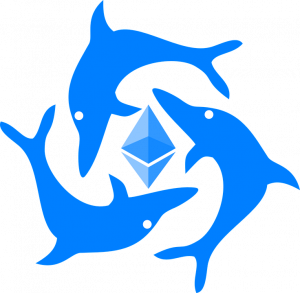 One of the most topical discussions at the moment is the market capitalization of Ethereum (ETH) and the possibility of it surpassing bitcoin’s market cap. Ethereum had a pretty good weekend jumping from $300 to $420 across most exchanges. This has led to the ethereum market capturing roughly 78 percent of bitcoin’s valuation in what a lot of people are referring to as the ‘flippening.’ Currently as far as a flippening is concerned ethereum has already surpassed bitcoin trade volumes, mining reward and even 24-hour transaction volume. As of right now, ETH market dominance is 32 percent, and BTC is 40 percent among the 870 cryptocurrencies in existence.

Looking at the charts on Bitstamp bitcoin’s price is trying to regain ground at the moment. Technical indicators are showing the 100 Simple Moving Average (SMA) is still above the 200 SMA — which is a good sign showing the gap may indicate more bullish trends in the future. Right now order books on Bitstamp are moving faster than the eye can catch but there are big sell walls in the 2850 range and there are even larger walls above this mark. Both the Stochastic and Relative Strength Index (RSI) levels show a healthy correction was due and bulls will remain on the sidelines for better entry points. It’s safe to assume Bitcoin trading markets will be quite volatile over the next 24-hours and day traders, and intra-range players should have a field day scalping profits.

Just an Average Day in the Land of Cryptocurrency

Overall things have been quite positive within the cryptocurrency space, and the correction has taken place across most crypto-markets after a few digital assets touched all-time highs. Mainstream media is reporting about bitcoin’s rising price but are also speculating on the performance of ethereum markets. The likelihood of bitcoin breaking the $3000 range and finding new highs is not out of the question, as we’ve seen corrections like this on multiple times over the past two months. Alongside this, at the token’s current rate of growth, the possibility of Ethereum experiencing a larger market capitalization than bitcoin is also a possibility.

Bear Scenario: The price of bitcoin has dipped quite a bit since the June 11 high to a low of $2700. At the moment bears seem like they are having a hard time pulling down the price further but it’s possible they could bring BTC down to the $2600 range. At the moment there is a strong foundation between $2600-2700, but the price could go lower if psychological patterns cause panic.

Bull Scenario: Bitcoin’s price looks as though it just received a healthy correction and bulls have possibly pulled the elastic back once again to set up for the next spring upwards. The price per BTC could easily break the $3000 mark, as we’ve seen after every correction there have been higher follow-ups in price. Trade volume is healthy with over $2 billion worth of BTC traded daily, and higher price points are achievable even in the short term.

What do you think about the price coming close to $3000 then toppling back down into the $2700 range? Also, do you think Ethereum’s market value will surpass bitcoin? Let us know what you think in the comments below.

Disclaimer: Bitcoin price articles and markets updates are intended for informational purposes only and should not to be considered as trading advice. Neither Bitcoin.com nor the author is responsible for any losses or gains, as the ultimate decision to conduct a trade is made by the reader. Always remember that only those in possession of the private keys are in control of the “money.”