The bitcoin exchange Bitpoint has partnered with Japan’s largest online travel agent Evolable Asia to bring bitcoin payments and exchange services to over 1,400 hotels and inns across Japan this summer.

Bitpoint, a subsidiary of the publicly traded conglomerate Remixpoint, last month partnered with Peach Aviation and announced that it was bringing bitcoin payments to over 100,000 stores in Japan. Last week, it has fulfilled some of its promises and confirmed that over 1,400 accommodation facilities across Japan will soon start accepting bitcoin. This is made possible through a partnership with Japan’s leading online travel agent Evolable Asia.

The aim is to enable customers to exchange bitcoin to Japanese yen at hotels and inns across Japan, including at Airtrip Exchange stores and 1400 contract facilities in the Evolable Asia Group. This service will begin this summer.

Bitcoin can both be exchanged for yen and be used to pay for lodging by customers in each participating accommodation facility, according to the company. 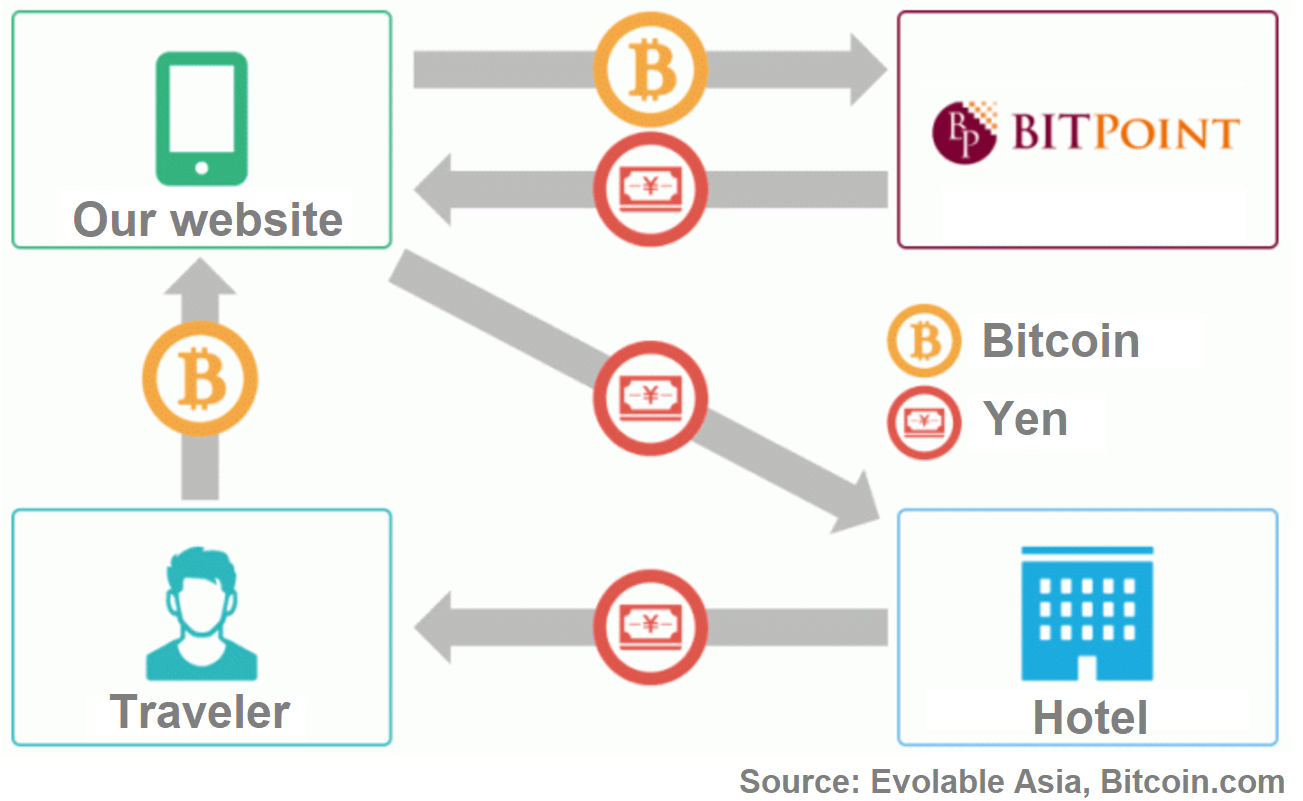 Evolable Asia handles online ticket sales for many websites. “If you’ve ever booked a flight or vacation package in Japan, there’s a good chance you did it through Evolable Asia — though you may not know it,” wrote Tech in Asia. In addition to its own online travel portals, more than 600 domestic travel sites use its in-house technology to power their own flight, hotel, and tour package searches, the publication detailed.

Evolable Asia Corp. is Japan’s largest Online Travel Agent (OTA) in terms of its number of domestic airline tickets handled. It is the only OTA that has signed agreements with all of the domestic airline groups.

The company offers an integrated mobile travel service platform called Airtrip, available for iOS and Android. In February, it also entered into the currency exchange business and launched a subsidiary called Airtrip Exchange.

The aim of the exchange service is to meet the needs of foreign travelers, especially during times which banks are not open. Subsequently, through a partnership with leading Japanese telecommunication service company Vision Inc., Airtrip Exchange opened two booths in April and the third one on June 1. The exchanges currently handle 12 major currencies, but will soon add bitcoin exchange as well, Evolable Asia announced.

What do you think about Evolable Asia bringing bitcoin payments and exchange services to 1400+ accommodation facilities across Japan? Let us know in the comments section below.