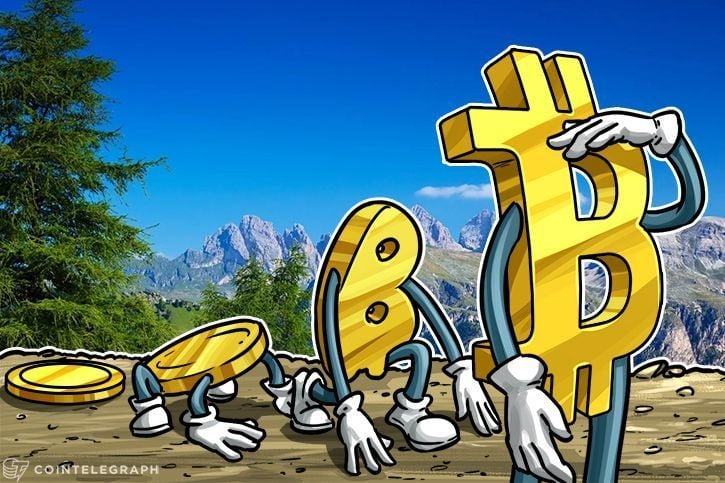 Bitcoin Price Breaks $9,000, Does Not Stay For Long

March 20: the Bitcoin (BTC) price broke the $9,000 mark today after a rough start to the year in which the price decreased by nearly 70 percent from the December high of $20,000.

Following the December high the BTC price has moved downward in fits and starts. On January 17, BTC price was down to $9,724, less than half of where it had been a month previously when it scraped the underside of $20,000. The month of February started with BTC dipping below $9,000 for the first time since late Nov. 2017.

By February the price had sunk to just $5,922, with skeptics claiming that it could sink even lower. By late February and early March, BTC was fluctuating around the $9,000 mark, with changes spurred by news of new regulations on exchanges by the US Securities and Exchange Commission (SEC).

A return to prices above $9,000 would provide the confidence many traders and investors need for the BTC value to grow even further. 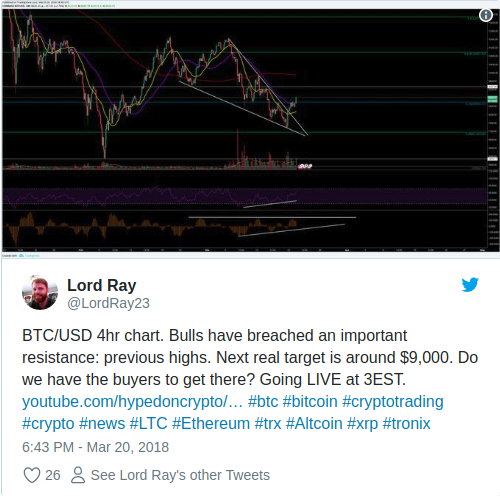 As Cointelegraph reported March 20, the G20 decided not to crack down on cryptocurrency, and opted for a more moderate approach of simply classifying cryptocurrencies as assets. Some see this as a possible cause for crossing the $9,000 psychological threshold. 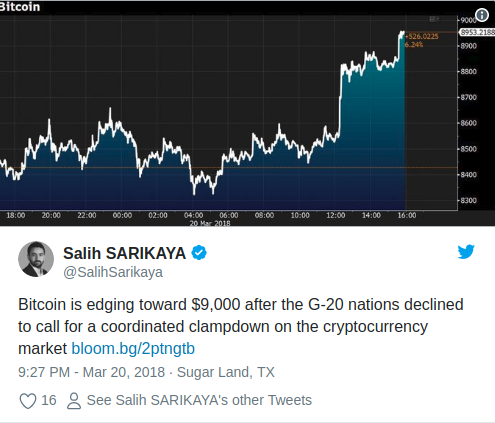 Others are more skeptical that the results will be long lasting, and see the most recent bump above $9,000 to be part of a holding pattern that requires another, stronger increase in order to break the barrier. 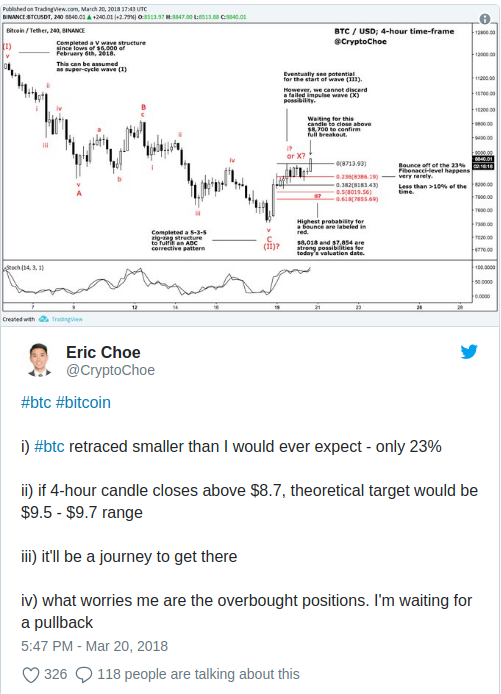