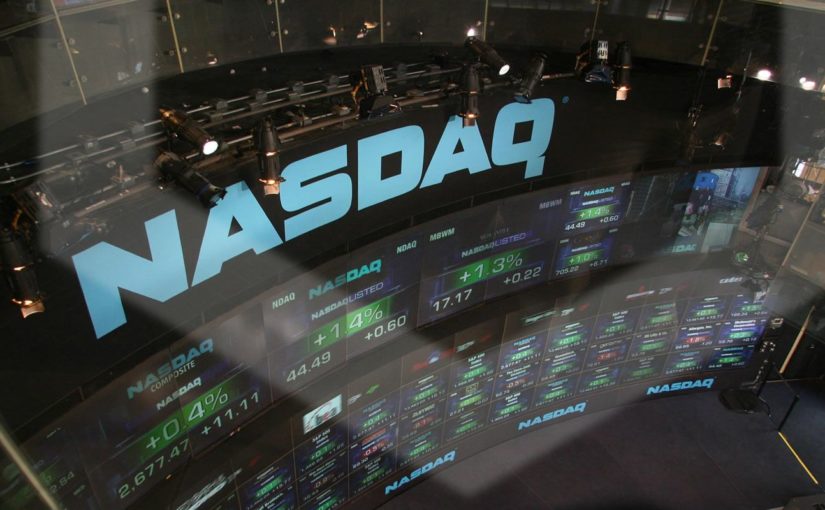 Morgan Stanley put out a note to its clients on Monday the 19th breaking down Bitcoin trading in comparison to the Nasdaq during the dot-com crash 20 years ago.

According to the report, Bitcoin is behaving very similar to the way the Nasdaq did in 2000. There is parity in the pattern of price declines and the rally of 250 -280 percent “in their most exuberant period” just before the bear market.

“Just that the bitcoin rally was around 15 times the speed,” Sheena Shah, strategist at Morgan Stanley said.

There have been four bear markets with Bitcoin since 2009 and through each, the cryptocurrency has lost between 28 and 92 percent of its value. It lost 70% of its value from it’s $20,000 high mark in December to $7,000 in February before recovering slightly to where it is today over $8,000. Averaging a loss of between 40-50% of its value through each bear market is similar to the Nasdaq’s performance 18 years ago Shah said.

According to the Morgan Stanely report trading volume can also be seen as a red flag. The Bitcoin trading volume has jumped nearly 300% since the market decline in December but each rally saw volumes fall ahead of the bear market to come. Shah said regarding the trading volumes;

“The follow-up rally for both bitcoin and the Nasdaq always saw falling trading volumes. Rising trade volumes are thus not an indication of more investor activity but instead a rush to get out.”

The Morgan Stanley report continued to point out the effect that the Tether cryptocurrency may have had on market trading. Citing that during the latest bear market the Tether USDT coin which is purportedly backed up one to one with US Dollars took up a bigger share of Bitcoin trading compared to the three historically major trading currencies; US Dollar, Chinese Yuan and the Japanese Yen.

“The coin USDT is not a major funding unit but its increasing use is an interesting development,” Shah wrote. “Over the coming years, we think that market focus could turn increasingly towards cross trades between cryptocurrencies/tokens, which would transact via distributed ledgers only and not via the banking system.”

Bloomberg reported in January that Tether has been subpoenaed by the US commodities trading commission under speculation that they do not hold the $2.2 billion in reserve in order to back their token. Bitcoin’s price continues to vacillate around the $8,000 mark early this week after enjoying a $1,000 price boost from the news that the G20 would not be receiving any further regulatory recommendations from the FSB.