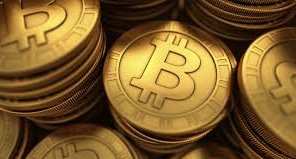 Bitcoin has shown amazing, and fairly steady, growth over the last year.

A single bitcoin was worth just $455 in May 2016. And even after retrenching slightly from a record Thursday high of over $1,800 per token, it has shown a stunning 286% annual return, based on prices from CoinMarketCap. As with most assets, explaining bitcoin’s bull stampede is more art than science. Bitcoin's price is fundamentally linked to how many people use the system to send money. But it's currently mostly driven by speculators, who trade on their belief that it will become more popular in the future. Positive news on that front has been plentiful in the last three months in particular.

Globally, Bitcoin is being treated with a great deal more respect by regulators. Positive comments about blockchain by Minneapolis Federal Reserve President Neel Kashkari coincided with the latest Bitcoin price surge. Japan approved Bitcoin as a legal method of payment in early April, and Chinese regulators have made progress in squaring Bitcoin usage with that country’s tight capital controls. There have been positive internal indicators, as well. Bitcoin’s major headwind is an ongoing debate over scaling up the system to handle more transactions. While that effort is still basically stalled by bitter infighting, some have seen a positive development in the successful deployment of a solution known as Segregated Witness on the LiteCoin system, which is largely a Bitcoin clone.

When considering further upside on Bitcoin and other cryptocurrencies, one factor looms above all: cryptocurrency is still essentially off-limits for institutional investors. While venture capitalists have poured more than $1.5 billion into blockchain startups, the tokens themselves don’t meet regulatory standards for more traditional funds. Once something like the Winklevoss twins’ proposed Bitcoin ETF is approved, the pool of potential Bitcoin investors will explode overnight. There are also two very important points of caution. First, Bitcoin is still a risky asset in the short term. Boosters were just as excited when it peaked at over $1,100 in late 2013—and the price then spent years gradually slumping, reaching a low of $200 in mid-2015.

There’s also a serious long-term downside risk to Bitcoin. While the potential of Bitcoin’s underlying blockchain technology is widely acknowledged, Bitcoin itself is now only one of dozens of implementations of the idea. Bitcoin has a big first-mover advantage, but innovators with names like Ripple and Dash have already significantly expanded on its features. Foremost among those innovative competitors is Ethereum, the second-largest cryptocurrency, whose price has also spiked over the last month. Many entrepreneurs building blockchain applications are using Ethereum, so it’s likely to share in—and maybe even cannibalize—Bitcoin’s long-term growth.