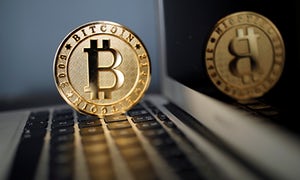 The company behind the Utility Settlement Coin project,

one of the first designed to enable central banks to utilize distributed ledger tech, is preparing a coming-out party of sorts. After working in almost complete secret on what founder and CEO Robert Sams calls "foundational technology," venture-backed blockchain startup Clearmatics will soon begin a rather unusual roll-out of new offerings for the open-source community. In a new exclusive interview, Sams said he plans to share the first of several waves of software with the financial sector before the year’s end.

"We view the technology — the actual source code – in a very modular way, and we think that not only is this a space that definitely, firmly belongs in the open-source domain, the approach to the development of the software needs to be more modular."

While little is being revealed about the technology itself, Sams contrasted his platform with bitcoin, which relies on an unspent-transaction model, and ethereum, which uses an account-based system. Instead, Sams said the yet-to-be named software will be "tightly coupled" implementations of various components, distributed consensus algorithms and networking stacks. He compared the modular architecture to the various components of the Linux operating system, saying the software would be coupled with standards for how users implement the solution. "You'll see over time less and less discussion about this or that platform," said Sams. "And more and more discussion … on how to put these components together to conform to a set of standardizations."

While Sams acknowledged that his work with the Utility Settlement Coin, his most well-known project, "informs" the soon-to-be-revealed open-source code, he made explicit that they are distinct from each other. Last year, Clearmatics unveiled a Utility Settlement Coin consortium comprised of BNY Mellon, Deutsche Bank, Santander and ICAP – since rebranded as NEX. Sams said the group recently completed the second phase of its work to help central banks and other financial infrastructure providers capitalize on blockchain, but that the results would remain proprietary.

While the Utility Settlement Coin project is largely focused on the business logic required to help legacy financial infrastructures increase efficiency using blockchain technology, Sams said the open-source work itself will largely consist of technology and an early version of related standards.