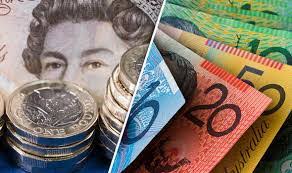 A new report, published by the N8 Policing Research Partnership, states that law enforcement faces various challenges when it comes to cryptocurrencies and that, although these challenges are mostly driven by the lack of knowledge and tools, they would be lessened if bitcoin were categorized as cash. This would facilitate seizures in the cryptocurrency, which the report states facilitates money laundering and criminal activities.

The report starts by associating bitcoin with cybercrime, using WannaCry’s global ransomware campaign and its effects on the NHS as an example of how bitcoin facilitates criminal activities. According to the report, cryptocurrencies facilitate criminal transactions and crimes. It reads:

“Cryptocurrencies (mainly Bitcoin) have become a popular choice of criminals. They are facilitating criminal transactions and also crimes such as money laundering, extortion (following data breaches), blackmail (the threat of DDOS attacks) and fraud.”

It even states that cryptocurrencies such as monero and bitcoin have become a popular choice for criminals, adding that according to Europol 3% of all money laundering globally is now done through cryptocurrencies. Notably, back in July a report from the European Commission to the European Parliament and Council found that terrorists and criminals are rarely using cryptocurrencies, although it added that the lack of regulations pose the threat of them being misused.

Notably, N8’s report recommends the U.K. Home Office, an organization that oversees law enforcement agencies in the country, to classify bitcoin as a form of cash, to make it easier to seize the cryptocurrency. It states:

Moreover, as a result of its research, it found that U.K. law enforcement has significant knowledge gaps when it comes to cryptocurrencies, and as such a training program is recommended to improve development.

The report also says that bitcoin’s underlying technology, blockchain technology, poses “some potentially interesting opportunities for investigators”, and therefore it is essential to adopt a strategic training approach to law enforcement in the country.

How researchers got to their conclusion

As part of the report two scenarios were conducted: one in which researchers purchased items from dark web marketplaces using bitcoin and monero, and then executed a mock warrant, and a sextortion scenario in which officers analyzed transaction data on the blockchain to then execute a mock warrant and seize bitcoins.

It found that the lack of regulations for bitcoin ATMs in the U.K. is a vulnerability that can help criminals launder money. Regarding exchanges, it noted that these have been attempting to comply with international money laundering standards, conducting KYC (Know Your Customer) checks. It adds that further industry collaboration is needed as criminals can still bypass these checks.

Finally, the report notes that a number of tools are available for law enforcement to trace bitcoin transactions in the blockchain, but adds that these require knowledge and expertise. Some companies offer user-friendly alternatives, but access to these alternatives is limited in the U.K.

Whether the U.K. Home Office will approve legislation that will categorize bitcoin as cash is unclear.