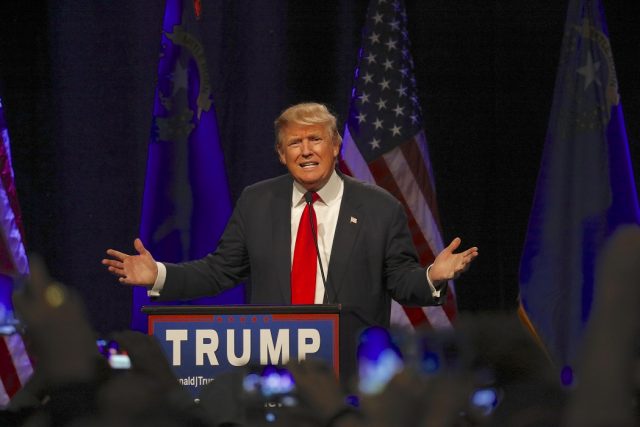 U.S. President Donald Trump pledged to declare China a currency manipulator on day one of his presidency. During his campaign, he also repeatedly pledged to impose a 45% tariff on Chinese goods. His promises risk creating a trade war between the U.S. and China which could weaken the yuan and accelerate Chinese capital outflows. When the yuan falls, investors often turn to bitcoin.

Trump Has Authority to Act, but Will He?

According to former U.S. Trade Representative attorney, Michael Gadbaw, under the Foreign Trade Act of 1974, Trump could use his authority to impose tariffs on China. Many people, however, doubt that Trump will actually impose a 45% tariff on the United States’ biggest trade partner. Alibaba founder and CEO Jack Ma is confident that Trump will not make good on his threats against China. He told CNNMoney that Trump will have to work with China or risk a “disaster”. A Nomura investor survey revealed that 75 percent of respondents expect Trump to impose tariffs on exports from China, South Korea, and Japan. Meanwhile, 77 percent of those polled expect him to brand China a currency manipulator.

If Trump does impose trade barriers on China, Beijing can either accept weaker exports or respond in kind, said economists at Goldman Sachs. They wrote:

“One possible measure would be to allow a somewhat faster weakening of the yuan, although from China’s perspective this or other trade measures could carry the risk of escalation.”

However, a weaker yuan could trigger an acceleration in capital outflows, as it has done in the past. The yuan fell to a six-year low on Wednesday. An economist at DBS Group Holdings Ltd. in Hong Kong, Nathan Chow, said “The yuan may be pressured by Trump’s win,” citing Trump’s trade barrier threats against China.

According to Goldman Sachs, as much as $78 billion may have left China in September. October outflows are also expected to be large. Analysts and investors say that one reason for an acceleration of capital outflows is because the yuan is weakening faster again against the dollar. This reignites “concern among Chinese individuals and businesses anxious to preserve the value of their domestic savings and assets,” the WSJ reported.

In the past, whenever there was a flood of capital outflows from China, a certain amount went into bitcoin. Other safe-haven asset classes also benefited, such as gold and foreign property. The WSJ wrote:

“Chinese investors looking for a refuge from the weakening yuan are turning to bitcoin.”

The currency’s weakness and expectation that it will fall further have significantly increased demand for asset diversification, Au explained, adding that bitcoin is one of the assets that have seen increasing demand. “Limited investment channels for Chinese investors drive them to seek all possible investment tools to preserve their asset value,” he said.