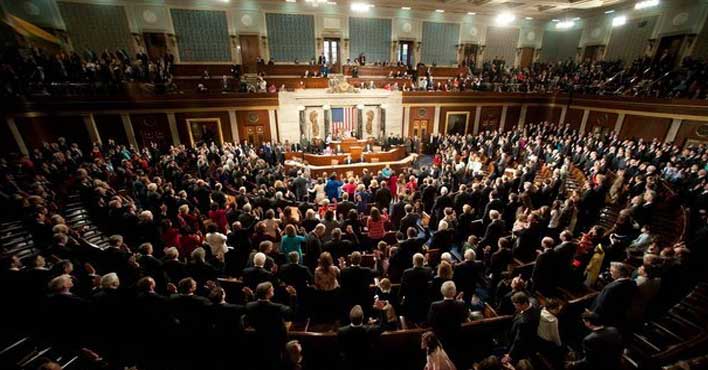 President Barack Obama has spent almost two full terms in the White House, all the while being hostile to Christians and refusing to call the enemy by their name: “Islamic terrorists.”

Obama is frozen by political correctness and a far-left ideology which has made America — and the rest of the world — less safe. The Islamic State (ISIS) is growing stronger by the day, and Islamic radicals continue to terrorize the civilized world.

But now, the U.S. House just did something extraordinary! With a unanimous vote of 383-0, they passed a resolution that declares ISIS is committing “genocide against Christians and other religious minorities.” This puts tremendous pressure on the Obama White House to do something ahead of the House’s deadline for action (March 17)!

“When ISIS systematically targets Christians, Yezidis, and other ethnic and religious minorities for extermination, this is not only a grave injustice—it is a threat to civilization itself,” Rep. Jeff Fortenberry, R-Neb., said in a statement. “We must call the violence by its proper name: genocide.”

The resolution was voted on ahead of a congressionally mandated March 17 deadline for Secretary of State John Kerry and the White House to make a decision on whether to make such a declaration. The measure is an effort to force the administration’s hand on the issue, as the administration has so far declined to take an official position.

As Speaker Paul Ryan (R-WI) said in a statement, “What is happening in Iraq and Syria is a deliberate, systematic targeting of religious and ethnic minorities. Today, the House unanimously voted to call ISIS’s atrocities what they are: a genocide. We also will continue to offer our prayers for the persecuted.”

And The Christian Family Research Council applauded the decision:

“President Obama keeps talking about ‘rising above ideology and partisanship.’ Maybe it’s time he took his own advice. More than 200 Democrats and Republicans cosponsored this House resolution addressing an issue it shouldn’t have to: the genocide in the Middle East. If the Obama administration were as ‘appalled,’ ‘horrified,’ and ‘concerned’ about the annihilation of Christians as the White House says it is, Congressman Jeff Fortenberry (R-Nebr.) wouldn’t have had to take the unusual step of addressing the crisis before the president does so.

It will be fascinating to see if Obama mentions this in his weekly address. Congress rarely agrees on any topic, but it’s clear they are united against Islamic terrorism and they aren’t happy at Obama’s weakness on foreign policy.

Do you agree with Congress that it’s time to stop Christian genocide committed by ISIS? Please leave us a comment (below) and tell us.