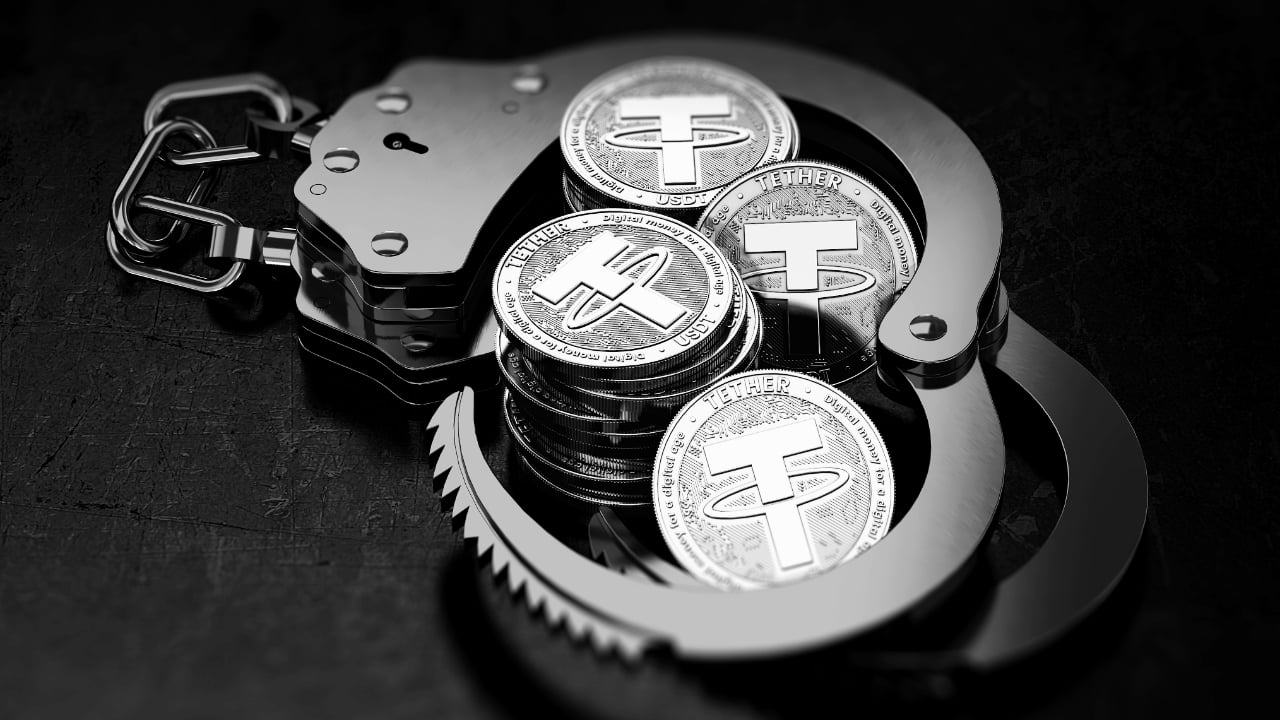 Stablecoin issuer Tether has blacklisted 40 Ethereum addresses holding millions of dollars of the tether cryptocurrency, 24 of which were banned this year. This finding follows the Centre Consortium taking a similar action due to a request by law enforcement.

Tether has banned 40 Ethereum addresses holding millions of dollars of the stablecoin USDT, according to an analysis by Ethereum researcher Philippe Castonguay who shared his findings on Dune Analytics. Banned addresses cannot receive or send the cryptocurrency.

The 40 addresses “have been banned from using USDT on Ethereum as of now,” Castonguay explained. According to the researcher, one address was frozen in 2017, eight in 2018, seven in 2019, and 24 in 2020 so far. At press time, the latest address on his list was banned on Friday. 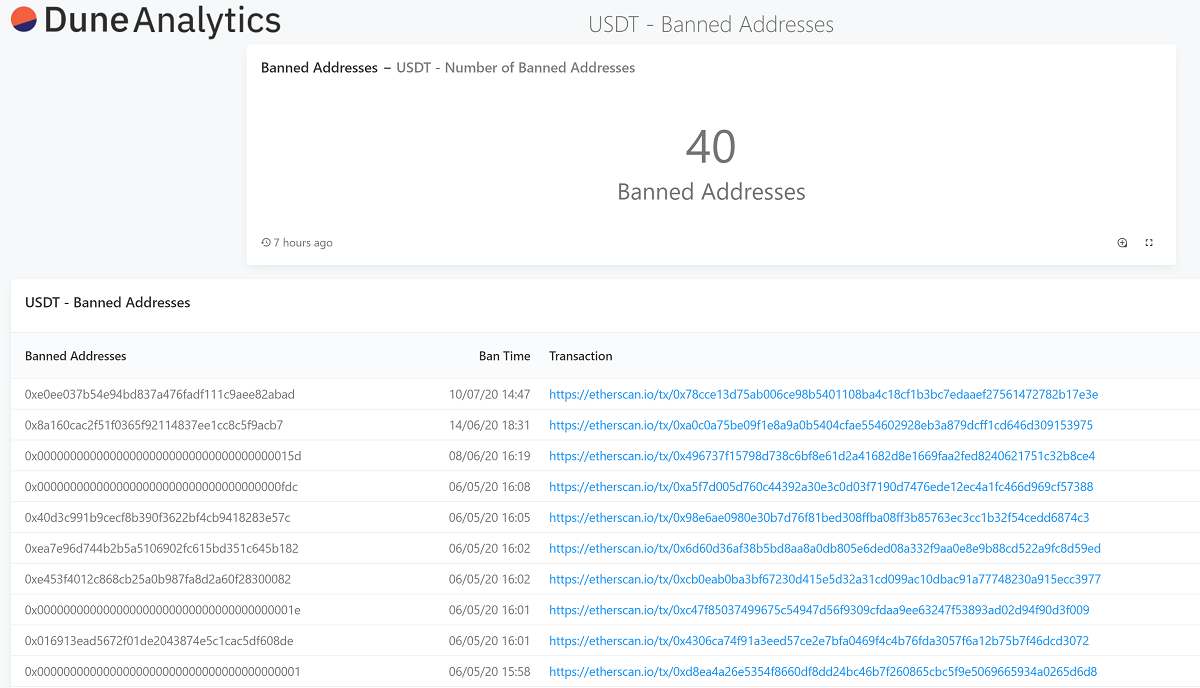 “Tether routinely assists law enforcement in their investigations,” Stuart Hoegner, general counsel at Bitfinex, Tether’s sister company, told The Block. “Through the freeze address feature, Tether has been able to help users and exchanges to save and recover tens of millions of dollars stolen from them by hackers.” The publication added that its analysis shows that $5.51 million worth of USDT is held in addresses blacklisted this year.

Tether is not the only one freezing its coin. This week, the Centre Consortium blacklisted an address with $100,000 worth of the USDC stablecoin in response to a request from law enforcement. Castonguay made a similar Dune Analytics dashboard to keep track of addresses banned from using USDC, which so far only includes one address.

Meanwhile, the New York Supreme Court’s Appellate Division ruled on Thursday that State Attorney General Letitia James can continue her investigations into entities behind tether. Bitfinex and Tether are also involved in another ongoing lawsuit.

What do you think about Tether’s action? Let us know in the comments section below.