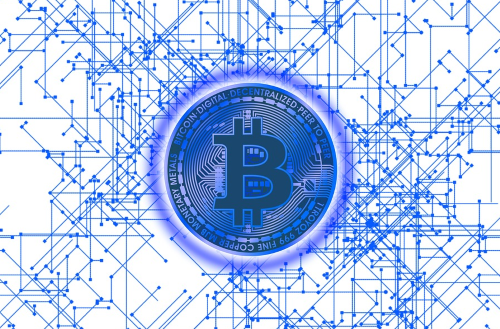 How Audrey Tang is using “very promising” distributed ledger technology to help government listen to its citizens at scale.

Taiwan is still figuring out how to “do” democracy, the country’s Digital Minister, Audrey Tang, told Decrypt. Taiwan’s democratic era only started after the country came out of martial law in the 90s—its first election was in 1996—making its constitution one of the first written in the Internet era.

“In many other parts of the world, democracy is part of their culture, part of their tradition. To change it, you have to learn about hundreds of years of proud republican tradition,” she told Decrypt. But in Taiwan, “The people who designed the democracy systems are all still around and very active,” she added.

Tang, the 38-year-old radical who’s leading Taiwan’s drive for technological innovation in governance, said that researching how blockchain can improve governance is a “top priority”.

“Ledgers”—Tang prefers the term to blockchain—“are very promising. [They are] a cheap way to build accountability and some sort of legitimacy across sectors,” she said, which makes them particularly useful for governance.

[DLT is] a cheap way to build accountability and legitimacy across sectors.”

“Through shared ledgers, people can nevertheless agree on something that previously would require expensive auditing,” she said. Governments, instead of footing the bills of professional auditors like PwC and KPMG, can “very easily share the burden” across different sectors, said Tang.

Tang pointed to a ledger-related project that came out of the Presidential Hackathon—a government-sponsored event where the government implements the winners’ ideas.

A team was selected to work on a cheap, solar-powered device that measures water pollutants and logs its findings on a blockchain. “The water box tries to solve a governance problem because industrial plants [and] farmlands can get their electricity and water cut if people realize that they’re actually polluting the waterways for the downstream farmlands,” said Tang.

“It’s not like all the illegal industrial plants will register themselves,” she pointed out. Anyone who has a stake in proving they have clean water can buy a bunch of the devices, and stick them in the water. If an industrial plant finds itself accused of polluting the water, they can refer to a shared, immutable ledger to absolve themselves.

This, said Tang, is key to getting a cross-sectoral buy-in. “So that people can live with each other, contributing to the same shared reliable database without actually worrying too much about adversarial scenarios where people can modify their numbers,” she explained.

The water project is currently in proof of concept, and a similar project, which measures the air quality, is already up and running. The government’s love of blockchain doesn’t end there—the government has set up the “Taiwan Blockchain Alliance” in July last year, together with academia and industry, to work on the topic. Even Taipei’s trash cans are on the blockchain.

To be clear, Tang thinks that blockchain is just “one of many things” that can improve governance in a digital democracy, “though it’s probably not the end-all and be-all of open innovation.”

Nor is she looking to force blockchain down people’s throats. ”I don’t quite believe in asking people to change their behaviour to adapt to new governance technologies” she said. Instead, she thinks that letting local community builders appropriate the technology themselves is always a better idea.

Instead, blockchain could form part of a wider push to encourage people to participate in democracy. “Decentralized governance, when designed properly, can incentivize a lot more inclusive participation,” she said, because “anyone with an email address that has something to share can do so in a working group, without being elected as a representative.”

Collaborative governance, then, “offers a drastically new way of legitimacy that does not require an army, a navy, or a police force to enforce.”

Tang’s looking at ways to use technology to facilitate discourse that’s aimed at driving consensus rather than division, part of what she calls “listening at scale”. The problem with Twitter and other modern social networks that support asynchronous discussion, Tang told Decrypt, is that there’s no way to channel people’s anger towards constructive behaviour. “If people feel angry because [they’ve read], I don’t know, a provocative Ethereum Classic post, then the easiest way to vent the anger is not deliberation, it’s rather an outrage,” she said.

Much of Tang’s work has focused on restructuring online platforms to make it easier for people to agree on things. Anything that mimics a real social setting—whether that be augmented reality, Skype, or real-life conversation (remember that?)—diffuses tension, said Tang. “A lot of the psychological effect of outrage online is because we feel relatively helpless.” In an interpersonal setting, “there’s a non-verbal way to non-violently communicate your position across,” she said. To this effect, much of Tang’s time is spent up and down the country, meeting with leaders of local communities to hear their thoughts.

“A lot of the psychological effect of outrage online is because we feel relatively helpless.”

Another way is to manufacture conversation that, instead of turning anger to outrage, turns anger to humour. “Once you vent your anger in a humorous way, then there really is no energy left to make outrage a personal attack. It’s called sublimation,” Memes, while they work only temporarily, “can at least incentivize people to get into the mindset required for informed deliberation to happen,” she said. “It’s a gateway mechanism,”

“The more people participate in governance, the better the governance mechanism becomes, she said. “Then they will actually, through social innovation, demonstrate viable prototypes. The government’s role is just to make sure to amplify those viable prototypes so that people can voluntarily join.”