A story of a young girl coming to the feet of Jesus.

For if while we were enemies we were reconciled to God by the death of his Son, much more, now that we are reconciled, shall we be saved by his life.

In Nenet’s heart, the Holy Spirit began to plant seeds of belief before she was even aware of the possibility of His existence. As a young woman, Nenet was actively involved with her Muslim faith, pursuing Allah alongside her family in Cairo, Egypt.

When her mother introduced more instructions on how to dress and how to read the Koran more rigidly, it put a different face on the faith she had cherished and known and caused her to be curious about other faiths.

Going through the motions of her cultural Muslim faith didn’t give Nenet any increased feeling of closeness to the God she worshipped, so she hungered for something more.

As a result, Nenet turned her energy into researching Muslims who had converted to Christianity. What she found only increased her hunger to know more, and her activity on the Internet eventually brought her to GodLife, where she began a relationship with her Online Missionary, Mike.

Nenet made it clear to Mike that she still had many inquisitions and reservations about Christianity. Over the next year, they engaged in meaningful conversation in which Mike answered Nenet’s questions about Jesus, Christianity, Islam, and even Judaism. Her thirst was gradually quenched with each sip of living water that he poured out for her.

Even though she had initially desired to read the entire Bible before converting, the Spirit’s tug and her thirst for truth and love became too great, so she chose to spark a new relationship with God and enter into a Christian life after six months of consistent and faithful correspondence.

“Deep inside I was believing that Islam couldn’t be from the real god, but I was still afraid, afraid and not brave enough to face myself to admit in a loud, clear and decisive statement that I am not a Muslim anymore and that I refuse the teachings of Islam,” Nenet said. “But I couldn’t wait. I accepted Jesus, before finishing that Bible. My love to him forced me to accept him before finishing the whole Bible.”

Because her family continued to follow Allah, Nenet’s hunger evolved into a yearning for a Christian community. With some help, Mike was able to connect her with a pair of local Christians named Adom and Masika, who walked with her as she lived a life of secret
conversion in the midst of Muslim family and community.

Rejoice with us that Nenet has found contentment through the blood of Christ! Her story calls us to remember James 4:8, which says, “Draw near to God, and he will draw near to you.” Nenet’s story is a refreshing adventure of a beautiful and valuable life redeemed by Jesus, but also a reminder of the strong power of the Lord’s truth and the enticing tug of the Holy Spirit.

Lord, I’m sorry I’ve strayed away from your path. I want to draw near to you and please draw near to me. Amen.

Do you want to have a God-centered friendship? 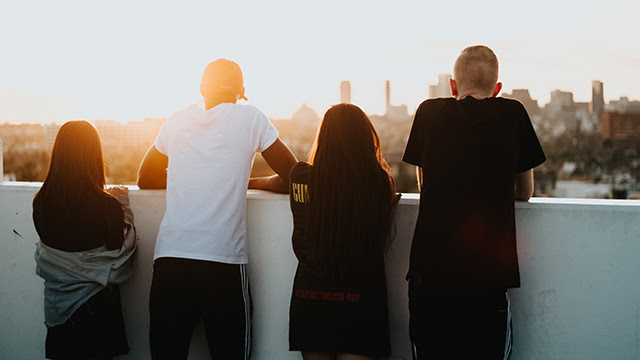