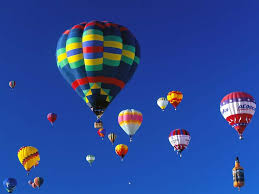 Bitcoin may be getting most of the headlines, but cryptocurrency as a whole is on a roll. Statistics from Coinmarketcap.com reveal that 82 out of the top 100 cryptocurrencies posted gains in a recent 24-hour period. Whether all cryptocurrencies are riding bitcoin’s coattails or investors are suddenly discovering altcoins is anybody’s guess.

The total cryptocurrency market capitalization (price per coin times amount of coins in circulation) stands at $42.6 trillion. That marks more than a $10 billion gain in 10 days.

Ripple’s gain has been credited to a strategic partnership initiative, teaming with Asian and Australian banks in conjunction with its stated goal of acting as PayPal-like mechanism for large interbank transfers.

Litecoin, for its part, has benefited from Coinbase’s decision to support it, allowing users to buy, sell and store Litecoin using its platform and wallet. It became the third cryptocurrency, after bitcoin and Ethereum, to gain Coinbase’s full support.

Brian Kelly, a financial analyst at CNBC, has attributed the recent surge in bitcoin’s price to the rise in institutional investors within the bitcoin market. Other factors include the bitcoin community’s consensus not to support Bitcoin Unlimited, and an overall increase in global trading.

Some analysts have attributed some of bitcoin’s growth to that of the altcoins; altcoins are usually bought and sold with bitcoin, requiring traders to buy bitcoin.

Ethereum Has Its Own Story

Ethereum, which has the second highest market cap at just over $8 billion, has jumped 12.12% in the 24-hour period. Its price rise is due to a number of factors.

Google searches for Ethereum have spiked to an all-time high, nearly doubling in just one week.

Some countries appear to be using ETH a hedge against national currencies. Switzerland, where the Ethereum Foundation is based, showed the strongest interest, followed by Venezuela, which is suffering triple-digit inflation.

South Korea seems to have fallen in love with the currency. Its three largest exchanges handle twice the ETH/fiat volume of Coinbase’s GDAX and Kraken combined.

South Korea is also big into fantasy sports, an area where ETH’s smart contracts can be used to make the game more transparent and reduce cheating.

The cryptocurrency exchange Kraken recently announced the integration of Dash to its trading platform. BitCart, an Ireland-based discount gift card platform, recently allowed users up to a 20% discount for using Dash on Amazon purchases. Crypto-Woo, a payments plug-in, has integrated Dash, allowing users to pay for online purchases with Dash. CryptoBuyer, a Venezuela-based crypto exchange, has begun selling Dash, allowing consumers in the economically ravaged country to have another alternative to its imploding national currency.