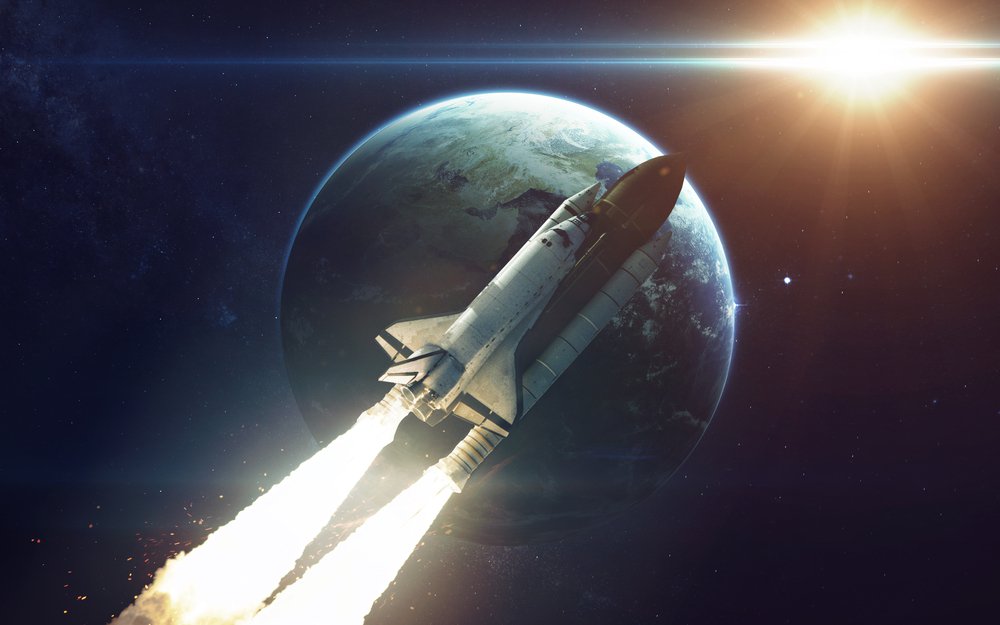 Mark Yusko, the founder & CEO of Morgan Creek Capital Management, the $3.7 billion North Carolina-based investment firm, has stated that the bitcoin price is expected to reach $400,000 in the long-term.

Over the past 12 months, the price of bitcoin has increased from less than $900 to over $5,900. In a relatively short-term, the bitcoin price has demonstrated an exponential rate of growth, almost immediately recovering from China’s ban on cryptocurrency trading and increasing from $3,300 to $5,900 within two months.

According to Yusko, the highly regarded hedge fund manager, the challenge for bitcoin at its early stage was to surpass the $100 mark. Today, the price of bitcoin is closing on the $6,000 region, and Yusko emphasized that the long-term target of $400,000 should be “easy” to achieve.

Confidence Behind the Statement of Yusko

High profile hedge fund managers such as Yusko, billionaire investor Mike Novogratz, and executives at Fidelity, a financial services company with over $2 trillion assets under management, have publicly expressed their certainty over bitcoin’s long-term performance.

Novogratz, who recently established a cryptocurrency focused hedge fund, revealed that an increasing number of institutional investors and large-scale retail traders are preparing to engage in bitcoin and cryptocurrency trades. He stated:

“I can hear the herd coming. I was just in San Francisco, met with a few big institutional investors and their still a ways away but they’re coming. Lots of funds are being raised and so I’m pretty confident to say that it [Bitcoin price] is going higher.”

Investors such as Novogratz and Yusko are confident in the mid and long-term performance of bitcoin because of the increasing interest and demand for bitcoin and the cryptocurrency market from the traditional financial industry.

Already, exchanges like LedgerX, an institutional trading and clearing platform approved by the U.S. Commodity Futures Trading Commission (CFTC) to trade and clear swaps and options on digital currencies, has started to facilitate the settlement of options, futures, and derivatives trades around bitcoin. According to the LedgerX team, during its first week of operation, it has settled over $1 million worth of trades, which was an unexpected volume for the company.

“We ended up completing swaps and options trades worth over $1,000,000 USD. Crucially, these trades were cleared through LedgerX, which is the only institutional grade, US federally regulated exchange and clearing house for digital currencies. And we are literally just getting started,” said LedgerX.

Some of the largest financial institutions and exchanges in the US including CBOE, the largest options exchange in the country, are preparing to address the growing demand for bitcoin from institutional investors, which is a positive indicator for bitcoin’s long-term growth 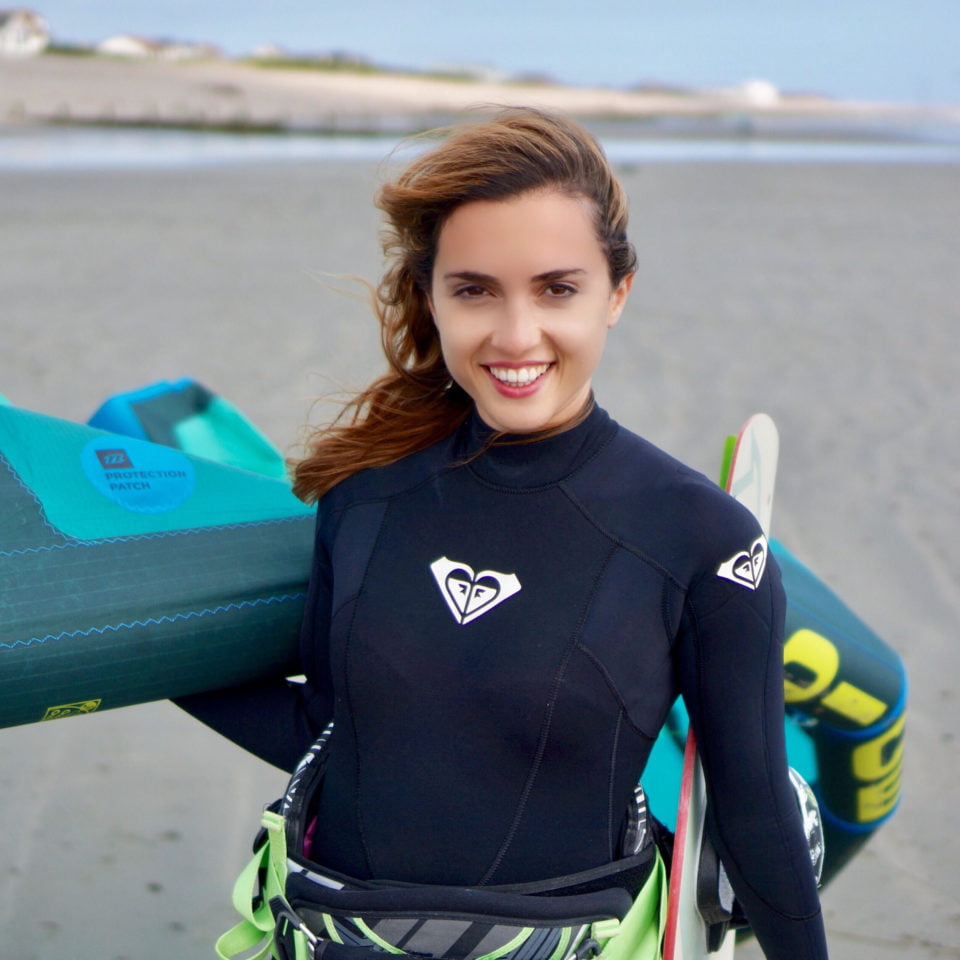 Anyone seeking the hottest investments will have been watching developments in cryptocurrency with a discerning eye.

Bitcoin, the king of the breed, has soared in value since launching in 2010. Thirty dollars’ worth of bitcoin bought at launch would have made you a millionaire by now.

But the digital currency is also susceptible to wild fluctuations. Less than two weeks ago, the price of bitcoin collapsed by 15 per cent in a single day amid speculation that China was about to impose a crackdown on the currency.

Veteran investors and financial advisers will warn you to steer clear of such a risky product. But whether the experts like it or not, the value of cryptocurrency is growing at an astonishing rate. Bitcoin, which is priced in US dollars, was worth less than 10 cents in October 2010. By November 2013 the value had jumped to $980, and it leapt again to a new high of almost $5,000 (£3,700) early this month. 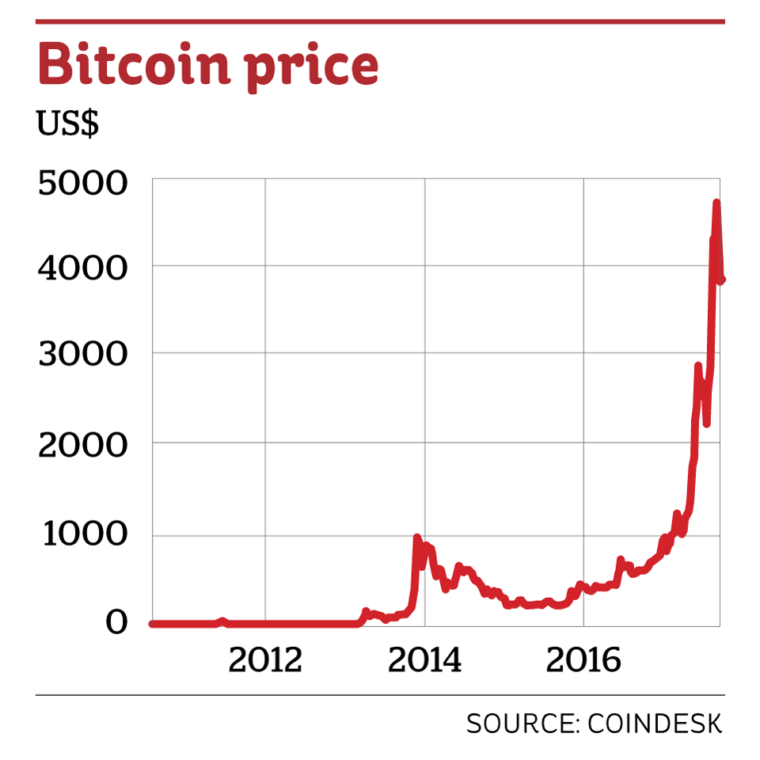 The likes of bitcoin can hit dizzy heights.

They can also fall precipitously Today a single coin is worth more than $4,200. The jump in value has been fuelled by growing demand from buyers around the world. In particular, it appears to have captured the interest of young people who see cryptocurrency as a way to get involved in investing.

Alessandra Sollberger, the 29-year-old founder of London-based “superfoods” company Evermore Health, got in at the right time. She bought around 400 coins for less than $9 in mid-2012 after hearing about the currency through her work at a private equity firm.

She used the money to launch her own business last year and still holds four coins, which have a current market value of almost $17,000. “Obviously with hindsight I should have put everything into it, but I’m happy with the returns I got,” she says. 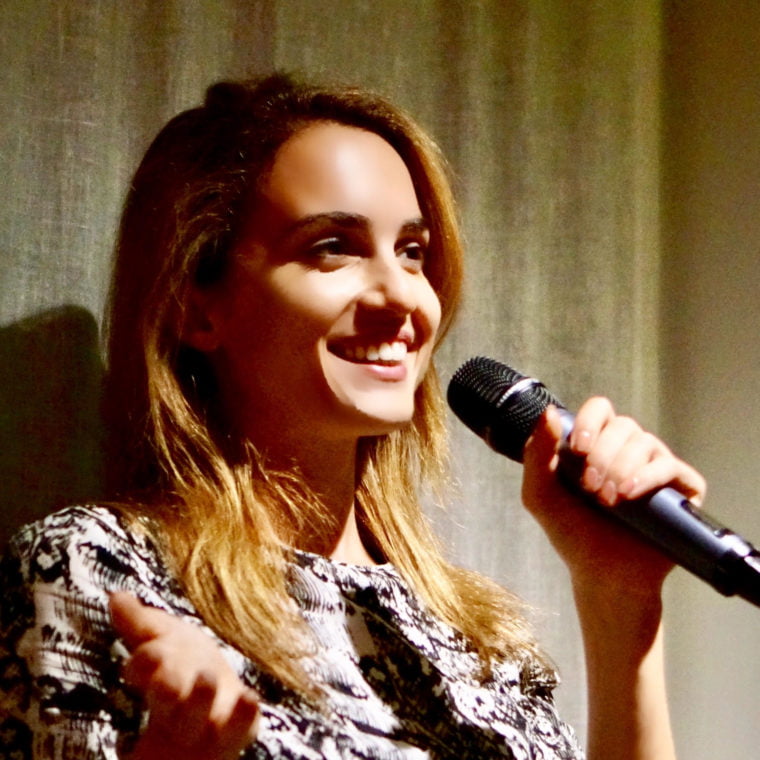 Alessandra Sollberger, 29, used the money she made from bitcoin to start a business

Ms Sollberger, who is also an adviser to a cryptocurrency hedge fund in the US, believes virtual currency has a long-term future.

She is backing ether and ripple as other successful currencies, although she says investing is not for the faint-hearted. “There’ll be so much volatility. It takes a strong stomach and fundamental conviction to hold one of these in the long term.”

Cryptocurrency has no physical shape or form. The coins are created and stored electronically and transactions are made between individual users, bypassing banks. Advocates say this is the future of money — but others are concerned.

One big issue is security. Because the coins are stored electronically, the system appeals to hackers. People may also simply forget their account details or password, losing access to their coins.

But he is not planning to cash in any time soon. He plans to reassess his bitcoins in 2025, by which point he will have held them for 10 years. He has also been putting more in this year. “Rather than stick spare money at the end of the month into a savings account, I spend it on bitcoin,” he says. 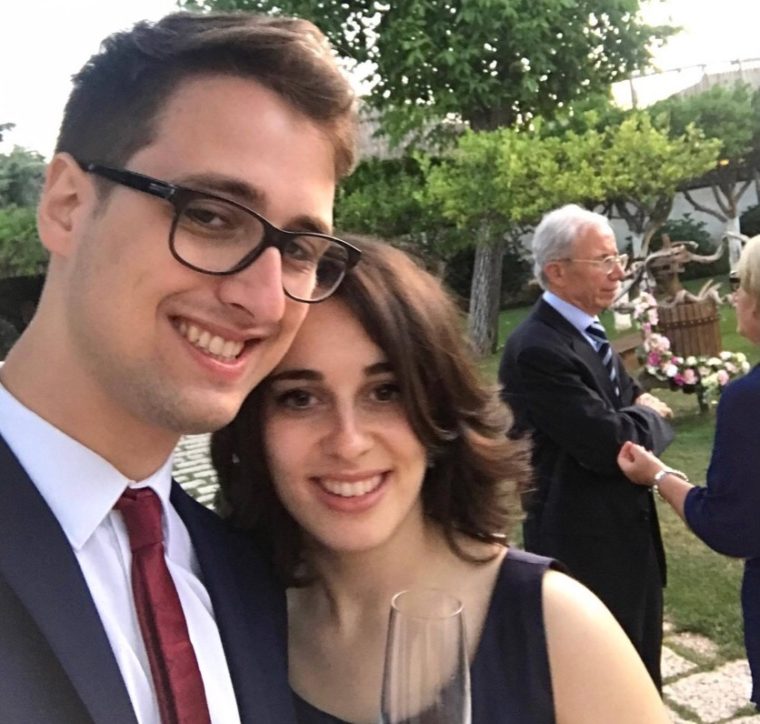 Andrea Casino, 22, is new to cryptocurrency

Partly for the purposes of researching this article — as well as being curious about the growth potential of bitcoin — I recently became a buyer.

The first thing you need is a wallet to store the “coins”. Investors willing to spend a lot of money should really get an offline wallet (similar to a hard drive). I went for a free online wallet at Blockchain.info.

After you have signed up for a wallet, you will be given your own bitcoin address — a unique set of numbers that is similar to a bank account number. Once you have copied down your address, head to an online exchange to buy some coins. I used Bittylicious.com after reading several favourable reviews online. It also offers a very competitive commission rate.

You can buy various currencies on Bittylicious, although Blockchain will only host bitcoin and ether in the wallet at the moment. You buy the coins by paying cash direct into the seller’s high-street bank account.

You don’t have to buy a whole bitcoin; it can be as small a portion as you want. There are some places in the UK where you can spend your bitcoin — see wheretospendbitcoins.co.uk/map.

Have you missed the boat?

There is no doubt that bitcoin’s growth has slowed over the past month. However, investors will know that any investment should be made with the long term in mind.

In bitcoin’s case, no one knows what the value of the coins will be in 10 years’ time. The currency could soar by more multiples, or it could collapse and become another failed financial product that economists will analyse for years to come.

Should you invest?
What the experts say

Gretchen Betts, Magenta ­Financial Planning
The high returns are clearly attractive to young people. However, this market is unregulated and susceptible to fraud and hackers — with no compensation if this happens. So as an investor, you could lose everything.

Cryptocurrency should be considered very high risk and only for sophisticated investors who can afford to speculate with money they are prepared to lose. The volatility means losses of 20 per cent in a day are not unusual; most people can’t afford to lose that much.

As an unregulated asset, bitcoin is not something I would recommend as an investment. There are also some ethical concerns to consider — the anonymous nature of cryptocurrency makes it attractive to criminals and for money laundering.

William Hobbs, Barclays
To make the case for an asset’s inclusion in a portfolio, it needs to have a positive expected return over the long term, and act as a diversifier.

Bitcoin potentially satisfies both criteria. With the increasing digitisation of the economy, we may see a greater shift towards non-cash transactions executed through digital means. This would, increase the utility of cryptocurrency, potentially leading to price appreciation and a positive expected return. Besides that, bitcoin is unlike most traditional asset classes.

Of course, correlations should be interpreted with caution, given how unstable they can be.

Nevertheless, current patterns suggest, in theory, that bitcoin may be, in theory, a useful diversifying asset.

Getting High on Cryptocurrencies

There are now four times as many cryptocurrencies in circulation as fiat currencies.That's amazing. And encouraging.According to the Swiss Association for Standardization, which maintains the International Standards Organization database, there are 177 national currencies currently in use. That list generously includes four precious-metals and four bond-market units (codes XBA to XBD, for the curious).NUMBER OF DIGITAL CURRENCIES753The CoinMarketCap website lists 753 cryptocurrencies, all the way from Bitcoin and Ethereum down to StrongHands and Paccoin (current value: $0.00000014).With a retired basketball star promoting one such incarnation — tied to marijuana — on a recent trip to a repressive Asian nation lying to the north of South Korea, I'm tempted to call Peak Crypto.But let's not kid ourselves: The madness is far from over. Bitcoin skeptics have been eating their words ever since the leading digital currency reached $1,000. January seems like such a long time ago now that Bitcoin is trading above $2,700.

Although Bitcoin has climbed 300 percent in the past 12 months, giving its "coins" in circulation a value of $45 billion, Satoshi Nakamoto's brainchild is actually declining in relative importance. From more than 95 percent in late 2013, Bitcoin now accounts for 39 percent of the value of all cryptocurrency in circulation. Ethereum has caught up fast, from 3.9 percent at the start of the year to 31 percent of the total now, according to CoinMarketCap. Ripple is in third place at around 8.8 percent after briefly overtaking Ethereum last month.

The other 20 percent of cryptocurrency value is unevenly distributed among the 750 wannabes along a very long tail. It's possible some will rise to a level of legitimacy that will make them viable in the long term. Many are betting not on mass uptake but on niche acceptance — one pitches itself as the payments platform for online games; another limits the amount of coins to the number of kilometers between Earth and its moon; one seeks to be the official currency of a fictitious nation.

Bitcoin remains the world's biggest cryptocurrency, but its dominance has waned

Yet Bitcoin itself remains so niche that the WannaCry hackers reaped a minuscule harvest after infecting more than 200,000 computers, because they insisted on being paid in the cryptocurrency.Just because the boom is ridiculous doesn't mean it lacks momentum — it just tells you that consolidation also is inevitable. Not in the traditional M&A sense, but in the way that messenger apps like AIM, ICQ, Yahoo and MSN quietly gave way to WhatsApp and WeChat, which then led to the ubiquity of instant-messaging technology.Morgan Stanley posited last week that government acceptance will be key to Bitcoin's continued rise, with the flipside being some kind of regulation of the currency. That's probably right, and if proponents of cryptocurrencies think they'll achieve widespread uptake without a nod from the authorities, they're probably smoking something.