Sign up to the new-look Media Briefing: bigger, better, brighter 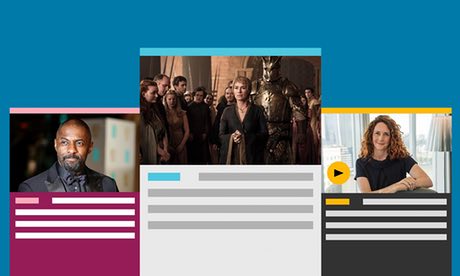 However, the leader of the UK’s psychiatrists said the findings were too simplistic

and unfairly blamed social media for the complex reasons why the mental health of so many young people is suffering. Prof Sir Simon Wessely, president of the Royal College of Psychiatrists, said: “I am sure that social media plays a role in unhappiness, but it has as many benefits as it does negatives. We need to teach children how to cope with all aspects of social media — good and bad — to prepare them for an increasingly digitised world. There is a real danger in blaming the medium for the message.”

Young Minds, the charity which Theresa May visited last week on a campaign stop, backed the call for Instagram and other platforms to take further steps to protect young users. Tom Madders, its director of campaigns and communications, said: “Prompting young people about heavy usage and signposting to support they may need, on a platform that they identify with, could help many young people.” However, he also urged caution in how content accessed by young people on social media is perceived. “It’s also important to recognise that simply ‘protecting’ young people from particular content types can never be the whole solution. We need to support young people so they understand the risks of how they behave online and are empowered to make sense of and know how to respond to harmful content that slips through filters.”

Parents and mental health experts fear that platforms such as Instagram can make young users feel worried and inadequate by facilitating hostile comments about their appearance or reminding them that they have not been invited to, for example, a party many of their peers are attending. May, who has made children’s mental health one of her priorities, highlighted social media’s damaging effects in her “shared society” speech in January, saying: “We know that the use of social media brings additional concerns and challenges. In 2014, just over one in 10 young people said that they had experienced cyberbullying by phone or over the internet.” In February, Jeremy Hunt, the health secretary, warned social media and technology firms that they could face sanctions, including through legislation, unless they did more to tackle sexting, cyberbullying and the trolling of young users.