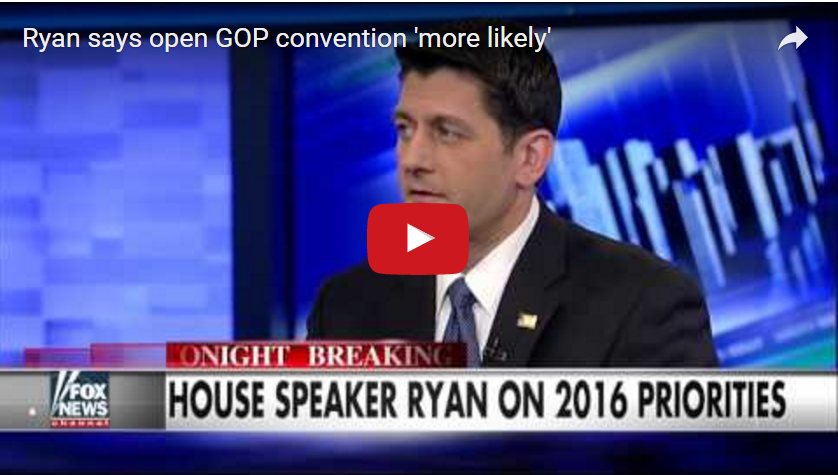 House Speaker Paul Ryan said Thursday it’s looking “more likely” the Republican Party will face an open convention in July — meaning, a floor fight to pick a nominee — and that Donald Trump and the party might want to accept that “reality.”

Ryan discussed the possibility with reporters as he noted he’s the chairman of the convention and will have to “bone up on all the rules.” He openly acknowledged that — even as Trump puts away another round of primary victories — a convention where no candidate has reached the necessary 1,237 delegates could actually happen this year.

“Nothing has changed other than the perception that this is more likely to become an open convention than we thought before,” Ryan said. “So, we're getting our minds around the idea that this could very well become a reality, and therefore those of us who are involved in the convention need to respect that.”

He said his role as speaker is to be “dispassionate and to be Switzerland,” and ensure that delegates abide by the rules in making their decisions