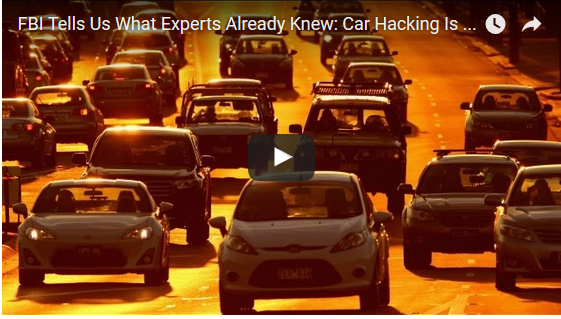 "The FBI and NHTSA are warning the general public and manufacturers — of vehicles, vehicle components, and aftermarket devices — to maintain awareness of potential issues and cybersecurity threats related to connected vehicle technologies in modern vehicles," the agencies said in the bulletin.

In July 2015, Fiat Chrysler Automobiles recalled 1.4 million U.S. vehicles to install software after a magazine report raised concerns about hacking, the first action of its kind for the auto industry.

Also last year, General Motors issued a security update for a smartphone app that could have allowed a hacker to take control of some functions of a plug-in hybrid electric Chevrolet Volt, like starting the engine and unlocking the doors.

In January 2015, BMW said it had fixed a security flaw that could have allowed up to 2.2 million vehicles to have doors remotely opened by hackers.

"While not all hacking incidents may result in a risk to safety — such as an attacker taking control of a vehicle — it is important that consumers take appropriate steps to minimize risk," the FBI bulletin said Thursday.