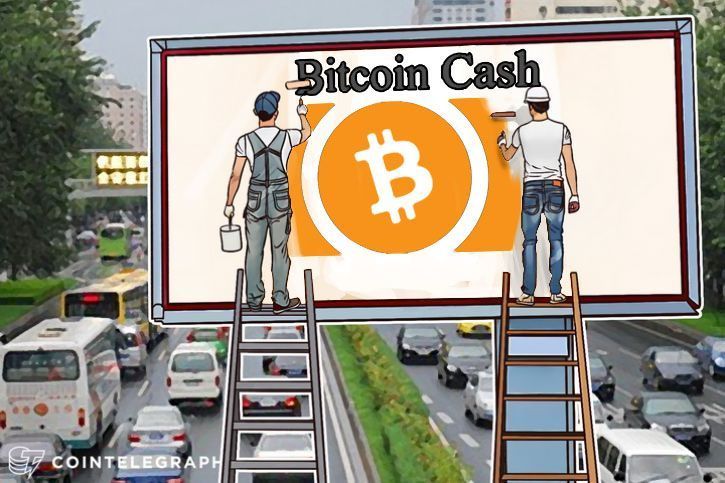 Earlier this year, divergent groups within the original Bitcoin community could not agree on a particular protocol to be implemented in scaling the platform. Those who sought bigger blocks therefore hard forked away from Bitcoin and created Bitcoin Cash (BCH).

Since the creation of Bitcoin Cash in August 2017, there has been a tug on both sides of the divide and many key players and stakeholders have publicly taken sides based on reasons that are peculiar to them.

After the hard fork, Bitcoin Cash followed a general downward trend following its initial surge post-creation, while Bitcoin continued to smash the roof and set new record-highs repeatedly. Recently, Bitcoin retraced significantly over a short period of time — about $2,300 in just a few days. The difference between this dip and previous corrections was the corresponding surge in value of Bitcoin Cash which many people see as a direct rival to Bitcoin.

This Bitcoin Cash surge has caused formerly-neutral trading platforms like eToro to add Bitcoin Cash to their platform, with members paying a closer attention to developments around the cryptocurrency.

Which is the real Bitcoin?

Roger Ver is known as ‘Bitcoin Jesus’ due to the fervour with which he preached the Bitcoin gospel in its early days, but now appears as the main face behind Bitcoin Cash. He insists that his version of cryptocurrency, Bitcoin Cash, is the future of Bitcoin.

“Bitcoin Cash is the real Bitcoin and will have the bigger market cap, trade volume and user base in the future.”

Currently, Bitcoin Cash has a market cap that is just about one-fifth that of Bitcoin, a daily trading volume of over half and a circulating supply that is slightly higher when compared to Bitcoin. Following the recent price fluctuations, the crypto community is beginning to pay closer attention to Bitcoin Cash.

Challenges are essential for growth

The CEO of Netcoins, Michael Vogel, sees Bitcoin and cryptocurrency as the world's largest and most ambitious open source project. The closest parallel, according to Vogel, is the open source nature of Linux, which is notorious for the sparring that happens between the backers of different versions of the software. Vogel believes that the rivalry between different camps of the Bitcoin community is just a temporary roadblock that will lead to a more robust and resilient technology.

“I do not think the challenges and in-fighting between various crypto camps are a bad thing. In another way we're effectively witnessing democracy in action. These are, in part, simply growing pains of a new technology, but by blasting through these roadblocks Bitcoin also becomes more robust and resilient. This is why, in my opinion, Bitcoin continued to rally to all-time highs after the Bitcoin Cash fork during the summer; Bitcoin users have realized that "Bitcoin is still Bitcoin" any time a new fork occurs.”

Dana L. Coe, Director at BitLox, sees the current situation as a deliberate action of market makers who are taking advantage of the tender stage of the crypto ecosystem. Coe tells Cointelegraph that the activity between Bitcoin and Bitcoin Cash is pure market volatility driven by rumors and speculation, which essentially drives all markets. However, he notes that in this case one can easily observe the market makers as they are quite obvious. This is especially so, as we have seen Bitcoin recover fully from the fall in price and subsequently break the $8,000 mark.

“The cryptosphere has come a long way, but let us not forget that compared to the economy as a whole, it is still small. Therefore, when actors from the larger national economies take an interest, crypto prices are most certainly to be subject to outsized influences. In the end, Bitcoin will stand or fall on the faith of it’s users and it’s users alone.”

Apparently, there is genuine attention being paid to the two most expensive cryptocurrencies at the moment. Most proponents have taken to social media to show support or criticize either Bitcoin or Bitcoin Cash, depending on which one they support.

Immediately after the hard fork, exchanges such as Bittrex, Kraken, ViaBitcoin and Bter all listed Bitcoin Cash on their platforms, after which its adoption seemed to have reached a plateau. But with more trading platforms listing Bitcoin Cash in the wake of its biggest push since creation, it is only normal to expect more developments around the community as time goes on.