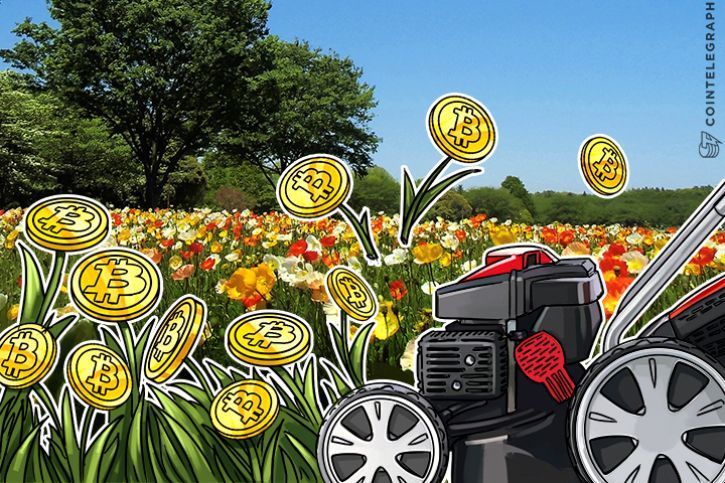 At 9:00 am Eastern Standard Time, cryptocurrency exchange Bitfinex officially launched the IOTA token, IOT. Tradable in IOT/USD and IOT/BTC pairs, tokens for use with the IOTA network are now publicly accessible through the Bitfinex website. This launch represents a milestone for IOTA as they expand their user base. “Exchange listing is something that has become a hallmark for all crypto projects,” says IOTA founder David Sønstebø in conversation with CCN, “it represents that the technology is ready for the open market and the wider audience.” And looking at the numbers from the launch, it seems the open market was ready for IOTA.

After Bitfinex’s announcement on June 4, 2017, regarding the listing of IOT, user demand became readily apparent. The staff at Bitfinex found themselves ‘inundated with requests for details,” explained Bitfinex representative Brandon Carps, “We’ve yet to see this many requests for details on a token listing.” These inquiries lead to an unprecedented amount of support tickets created for Bitfinex.

After going live on Bitfinex, the transaction volume quickly became so massive that the Bitfinex servers briefly went down. “Moments after the IOTA launch,” Brandon shared,  “we were all hands on deck to load balance and ensure IOTA trading was back online and operating as expected.” What kind of volume? Within the first three hours of trading, 4.44 Million Mega IOTA were traded with the IOT/USD pair, an amount that increased by the second. The IOT/BTC trades showed even greater activity, showing 11.67 Million Mega IOTA traded in

The first two hours of IOTA trading was more than double the USD volume and ten times greater than the BTC volume of the last token we released, Ripple, over the course of its full trading day.

All of which sees IOT slotting itself straight into the top 10 cryptocurrencies by market cap. At the time of publishing, the total value of IOT tokens stands above $1.5 billion, peaking beyond the likes of Dash and Monero.

The team at Bitfinex have been following IOTA’s development closely for the past year. Thanks to the innovative nature of their platform, and the “amount of effort the founders have put into IOTA in just a year’s time relative to the polished product we see today is atypical for something in such an early period of its life,” the IOTA token was an obvious candidate for inclusion on Bitfinex. The relationship is unique for Bitfinex as well, as this is the first token Bitfinex is hosting not listed on any other exchange. In discussing the success of IOT on Bitfinex, David said “I want to congratulate every IOTA member on this success. Now we welcome thousands upon thousands of new people who learn about and get interested in IOTA through this event with open arms. However, we are still considering this the very early days, and are squarely focused on the long term execution and vision of the IOTA project.”