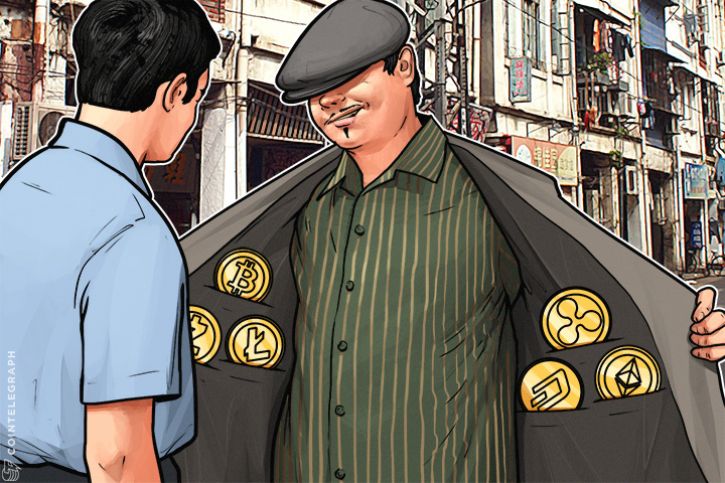 How Chinese Bitcoin Buyers Are Getting Around Government Ban

Chinese citizens are still investing in Bitcoin and the cryptocurrency market despite the government’s heavy crackdown.

In Hong Kong, it is relatively easy for investors to set up businesses. With less than $1,000, businesses can be legally created, which allows the opening of business bank accounts at Hong Kong-based financial institutions. Beginning in December 2017, many Chinese investors moved their funds from their Chinese bank accounts to Hong Kong bank accounts and started to trade cryptocurrencies more actively, effectively bypassing China’s restrictions.

But, unlike China, Hong Kong has a substantially lower supply to meet the growing demand. While China is home to major miners like Bitmain, Hong Kong does not produce much Bitcoin and other cryptocurrencies. As such, premiums in the Hong Kong cryptocurrency market increased, surpassing even that of the South Korean market. On January 18, when the global average price of Bitcoin was around $11,500, Bitcoin was being traded at above $13,000 on Huobi Pro.

Krystal Hu, a Hong Kong-based finance journalist, noted that traders outside of China have also started to take advantage of the arbitrage opportunity presented by the Hong Kong market. For instance, on January 18, the price of Bitcoin on Coinbase was $11,800. Purchasing Bitcoin from Coinbase and selling it on any Hong Kong-based market would have generated $1,200 in profit.

The integration of the two fintech payment networks has increased the accessibility of Hong Kong-based cryptocurrency OTC exchanges for Chinese investors, easing the process of investing in the cryptocurrency market.

To prevent Chinese investors from buying digital currencies, the Chinese government and the People’s Bank of China (PBoC), have asked local banks to disclose any suspicious transactions linked to Hong Kong-based markets. However, even this action will not be able to prevent Chinese investors from accessing Hong Kong-based markets, due to apps such as Alipay and WeChat Pay.