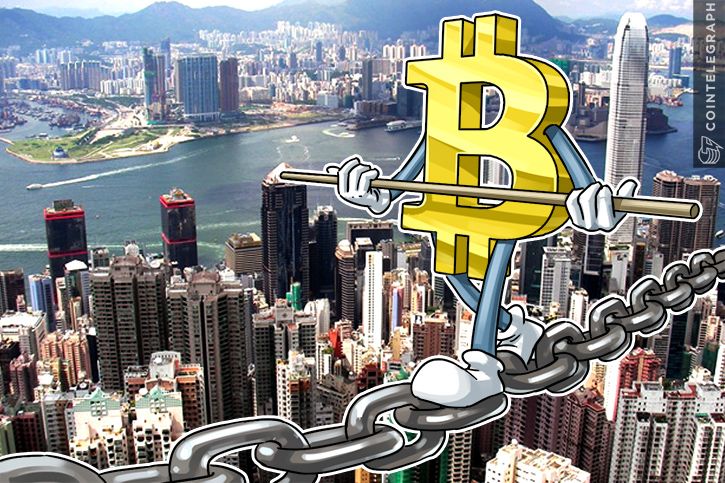 With Deloitte as one of the Big Four auditors, the Hong Kong Monetary Authority (HKMA) and the region’s top five banks have officially launched a Blockchain platform for trade finance. Earlier this month, HSBC, Bank of China, Bank of East Asia, Hang Seng Bank and Standard Chartered co-introduced a proof of concept Blockchain platform for use with trade finance operations which include lending, issuing letters of credit, factoring, export credit and insurance.

Joshua Kroeker, the senior product manager for global trade and receivables finance at HSBC, stated that the Hong Kong government along with Deloitte and partner banks launched the Blockchain platform to demonstrate the technology’s potential in the conventional finance industry. More importantly, Kroeker emphasized that HKMA and the five participant banks are aiming to utilize Blockchain technology to increase efficiency, transparency, and security in trade finance while eliminating the possibility of fraudulent activities by automating most processes.

Blockchain technology enables organizations like trade finance companies and banks to handle various operations on a single platform. Using tokens and cryptographic signatures, banks can embed data onto the immutable Blockchain. Once data is broadcasted throughout the Blockchain network, every participant within the network can access updated data in real time.

This unprecedented level of transparency and the security of Blockchain technology allows banks to handle operations autonomously. Instead of recording the flow of transactions and settlement of contracts across various platforms, banks can embed all of the data in one Blockchain platform for autonomous processing.

In an interview with the South China Morning Post, Kroeker stated:

"As the largest trade finance bank in the world … we were interested in assisting corporates to track transaction flows, reconcile transactions through invoice or purchase order matching, and reducing the risk of duplicate financing for the participating banks. This development puts Hong Kong at the heart of a global effort to digitise trade, making it easier, faster and cheaper for businesses.”

Since the financial authority of the Hong Kong government is the initiator of the project, banks involved with the development and implementation of the trade finance Blockchain platform will not be required to pass the hurdles of regulatory conflicts.

In fact, HKMA Executive Director Li Shu-pui noted that local authorities will continue to collaborate with private companies and banks to test Blockchain technology’s applicability in the finance sector. Analysts including Paul Haswell, a partner at international law firm Pinsent Masons, praised the efforts of Hong Kong authorities to work with local banks to experiment with the technology. “HKMA’s work with the major banks is potentially groundbreaking and shows real commitment to use financial technology for the benefit of the market and consumers. this is encouraging for Hong Kong’s many fintech start-ups.”