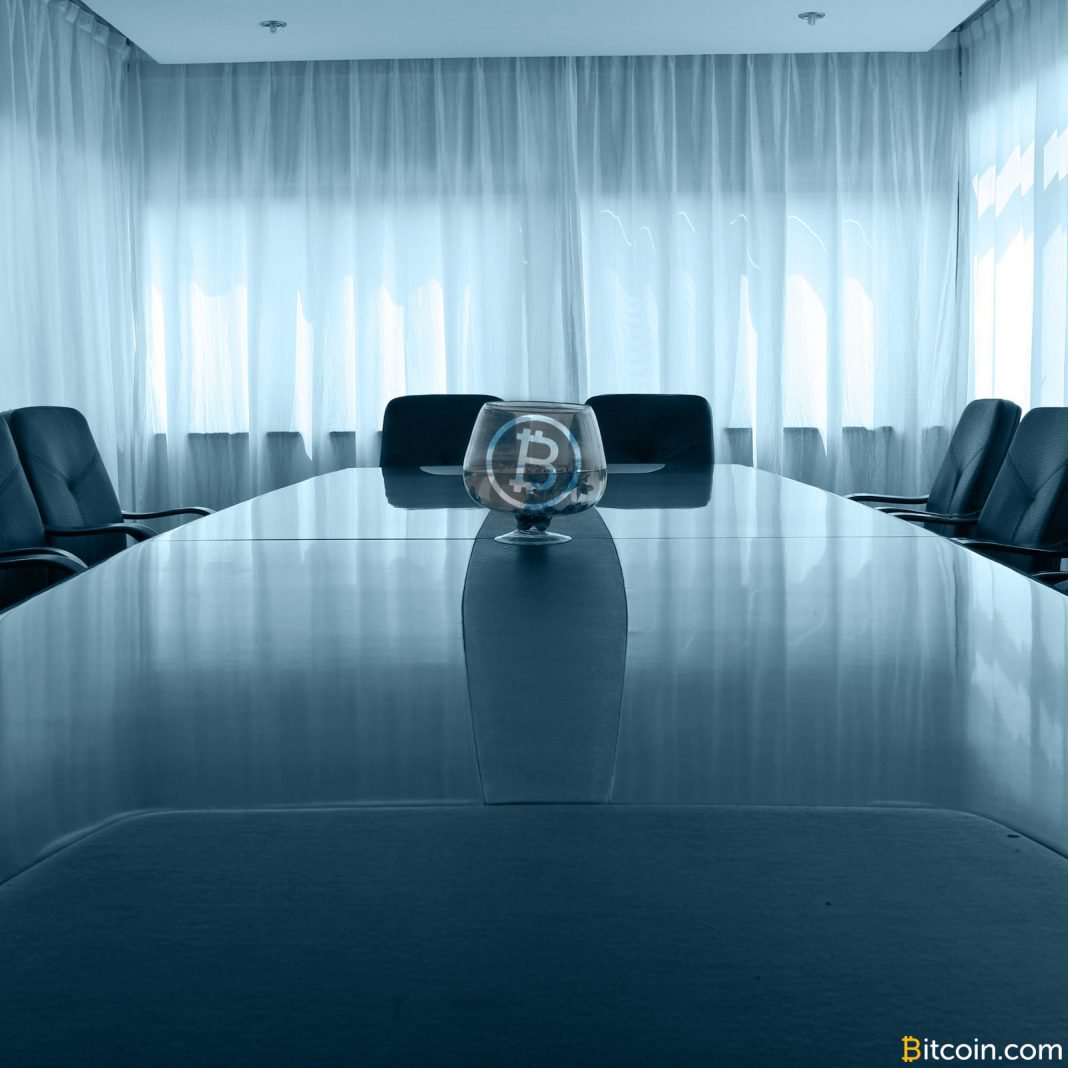 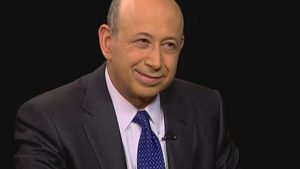 Lloyd Blankfein, CEO of Goldman Sachs, cozies up to bitcoin, albeit hesitantly. He’s following a global corporate trend. As its price rises, and bitcoin’s resiliency to regulation rumors and clampdown steady, it’s not hard to imagine more converts on the way.

Consigliere to the Elite

The man’s words literally move markets. In a single Tweet, he can set the financial world aflutter. To wit:

As head of a century-and-a-half old financial institution, Mr. Blankfein has the ear of everyone who matters. Even the United States Treasury consults him prior to finalizing policy.

Mr. Blankfein joined Twitter only this year, and has kept Tweeting to about two dozen posts in less than six months. This one, however, received serious media attention, especially coming as it has after conjecture swirled Goldman Sachs would consider its own bitcoin play within the mainstream market structure.

The move to paper money, cash, was indeed a radical solution to a very common daily economic problem. Gold was an ideal form of currency, but its limitation in large amounts included lugging it around.

Issuing redeemable notes, though they came with their own set of problems, easily stored and folded, allowed for smoother public and private transactions.

Depending on your favorite anthropologist, paper money has been around for something on the order of 1,400 years.

Mr. Blankfein knows all this.

What seems like a passing, throw-away line in a Tweet is, some have speculated, a sly acknowledgment bitcoin might replace altogether fiat paper, or at least compete, over the next millennia and a half.

Momentous as Mr. Blankfein’s Tweet seems, it wouldn’t be particularly newsworthy by itself.

“For now,” Director Lagarde warned, “virtual currencies such as Bitcoin pose little or no challenge to the existing order of fiat currencies and central banks” [emphasis Ms. Lagarde’s].

Import rests in her phrase, “for now,” as the remainder of her speech to gathered European financial professionals suggests.

As far back as the third quarter of 2014, Robleh Ali of BOE’s Financial Market Infrastructure Directorate, produced an official assessment of virtual currencies such as bitcoin.

BOE concluded, “while they are interesting, they do not currently pose a material risk to monetary or financial stability in the United Kingdom. We continue to monitor developments in this area.”

That BOE statement remains fully intact as of this writing.

But then, during her talk, Ms. Lagarde bizarrely presaged Mr. Blankfein’s Tweet. She seemed to be moving away from both BOE’s and her earlier caveat.

Ms. Lagarde, former French Prime Minister François Fillon’s Minister of Finance, was lucid enough to distinguish virtual currencies from what most of the world already experiences.

“To be clear, this is not about digital payments in existing currencies—through Paypal and other ‘e-money’ providers such as Alipay in China, or M-Pesa in Kenya,” she clarified.

Another way to put that is, bitcoin is cash for the digital age

Even Haters are Coming Around

While CEOs are typically non-committal in their remarks, leaving analysts to comb through for morsels of news, Fidelity Investments CEO Abigail Johnson announced, at the Consensus Conference over the summer, she is “a believer” in bitcoin.

Corporate executives in 2017 are indeed beginning to sound a little like religious converts.

“I’m one of the few standing before you,” Ms. Johnson witnessed to congregants, “from a large financial services company that has not given up on digital currencies. We set up a small Bitcoin and Ethereum mining operation … that miraculously now is actually making a lot of money.”

Ms. Johnson is admittedly rare in this regard.

This year’s bitcoin three hundred percent price increase has changed a growing number of CEOs’ hearts. They’re finding religion, as it were. 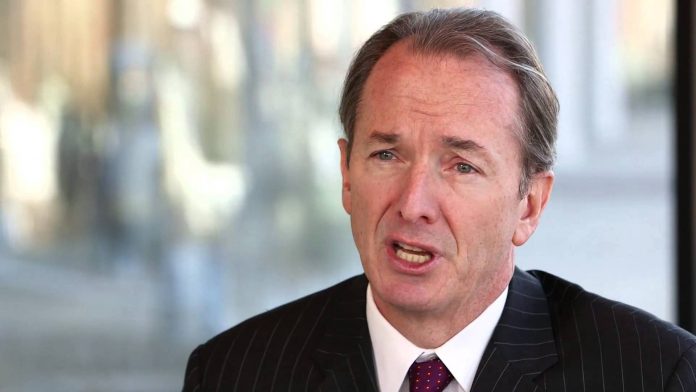 “I’m not sure I understand it,” Mr. Gorman told Fox Business, “I mean, it is totally surreal. I mean, who’s the founder, this guy in LA? What’s going on with Mt. Gox?”

That was, of course, back in 2014 when an equally mystified Asian American man was mistakenly pinned for Satoshi Nakamoto, and Mt. Gox was insolvent.

In an interview with The Wall Street Journal’s financial editor Dennis Berman, Mr. Gorman said three years-on he still doesn’t own any bitcoin.

However, he’s “talked to a lot of people who have. It’s obviously highly speculative, but it’s not something that’s inherently bad.”

If Mr. Blankfein, the IMF, Fidelity Investments, and Morgan Stanley have inched toward bitcoin and, in come cases, fully lauded its potential, at least one holdout, thought never to so much as mention cryptocurrencies, might be softening.

CEO Larry Fink gave a luke-warm or cold embrace of cryptocurrencies generally, depending on how a person hears his answers, to Bloomberg Markets.

“I am a big believer in the potential of what a, … a cryptocurrency can do,” Mr. Fink said as he struggled to find the correct phrasing. “You see huge opportunities in it.” 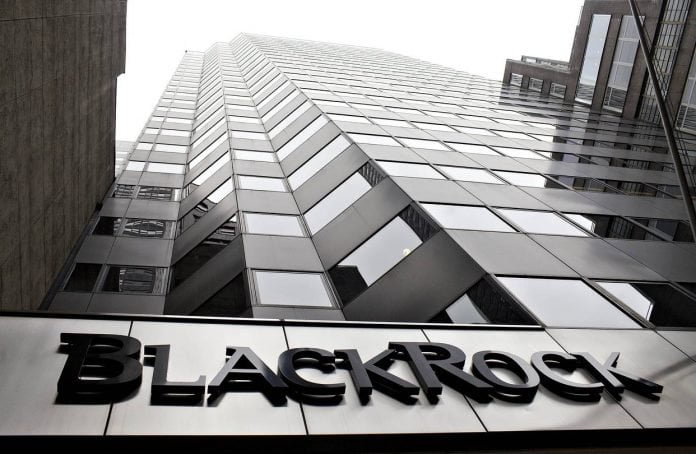 “What I think about most of these cryptocurrencies, it just identifies how much money laundering there is being done in the world, how much people are trying to move currencies from one place to another,” Mr. Fink stressed worriedly.

When asked if his clients are asking for a bitcoin/cryptocurrency asset class or product, Mr. Fink answered demonstrably, “No.” Beyond venture capital and speculation, BlackRock wasn’t hearing much from their customers on bitcoin.

“I hate the word ‘crypto,'” he said, preferring the phrase “digitized currency.”