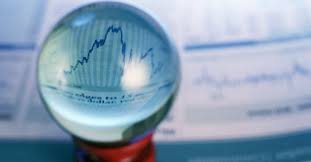 Called a Long-Term Equity Anticipation Security (LEAPS), the trade was matched by the platform this morning and is set to expire on December 28, 2018.

Under the terms of the deal, the buyer has the right to buy bitcoin at a price of $10,000 at that date, or almost a 30 percent premium on today's price.

Yet, because the buyer only makes money if the price is more than $10,000 (called the strike price), the investment can be seen as a reflection of the level of confidence that the price will reach that level by the agreed upon date.

Such long term futures options have long been seen in the industry as a much needed sign of maturity, and could in part help pave the way for even more institutional money to enter the space.

In an exclusive interview with CoinDesk, LedgerX CEO Paul Chou sought to position the milestone as just the first of many more before the cryptocurrency market can truly be considered mature.

"There will be, I expect, a lot more trades down the line. This is the first one, but it at least gives you the first guess from different institutional traders as to what bitcoin's dynamics will look like from now until 2018."

The trade option was listed by LedgerX late Friday night, and to Chou's surprise, two institutional investors agreed to the terms of the deal just one day later.

Under the terms, the buyer agreed to a price of $2,250.25 for the trade, meaning the seller collects that money if the price is less that $10,000 by the end of next year, and the buyer gets to purchase bitcoin at the strike price if it is higher.

Unlike a futures swap however, the buyer is not obliged to purchase the asset.

Based on LedgerX's own calculations (made using the Nobel-prize winning Black-Sholes financial markets model), the startup believes there is a 25 percent chance that bitcoin will reach that level in the allotted time.

While this is the first LEAPS financial instrument matched by New York-based LedgerX, they've been conducting increasingly high trade volumes since their soft launch a month ago.

Since then, the first cryptocurrency firm to be granted a derivatives clearing organization (DCO) license by the CFTC has posted a $1 million day, a $1.6 million day and on November 15, a record $2.6 million day.

Since LedgerX listed the LEAPS option at 5:30 Friday evening, Chou says they saw an additional $500,000 traded before midnight. "That's for a holiday week too," he said. "So we were shocked." He estimates the company has conducted approximately $16 million in notional bitcoin transactions to date.

While the startups numbers seem to indicated active early interest, legacy institutions such as the Chicago Mercantile Exchange (CME Group) and the Chicago Board Options Exchange (CBOE) have both recently revealed their own similar plans.

Though Chou hopes to maintain his first-mover advantage, he said there's no hard date to launch into full operation. Rather, his team wants to make sure the platform scales well beyond the 1 million messages it sends per day before this milestone. He says he'd be "surprised if that takes "more than a month," concluding: