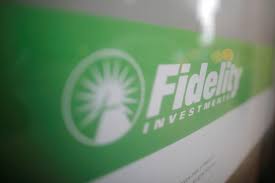 Fidelity Investments has started allowing clients to use its website to view their holdings of bitcoin and other cryptocurrencies held through digital wallet provider Coinbase.

Fidelity Investments has started allowing clients to use its website to view their holdings of bitcoin and other cryptocurrencies held through digital wallet provider Coinbase, the company said on Wednesday.

The initiative, previously tested with the Boston-based money manager's employees, is a rare example of an established financial services company warming up to cryptocurrencies.

Starting Wednesday, most Fidelity clients will be able to authorize Coinbase, one of the largest crypto-currency exchanges in the United States, to provide the fund manager with data on their holdings.

Through the experiment, the company said it aims to learn more about digital currencies, which have been proliferating since the creation of Bitcoin, the oldest and most valuable of these assets.

"This is an experiment in the spirit of learning what these crypto assets are like and how our customers may want to interact with them," Hadley Stern, senior vice president and managing director at Fidelity Labs, the company's innovation unit, said in an interview.

Bitcoin hit a record high on Tuesday, with one unit of bitcoin trading at above $3,400 on Coinbase.

The currency's rise in value is not a driving force behind the initiative, Stern said, noting that the integration is part of Fidelity's wider efforts around cryptocurrencies and their underlying technology blockchain.

Many large financial institutions around the world have been investing in blockchain over the past two years, in the hopes that it can help them slash costs and simplify some processes. Blockchain is a shared ledger of transactions maintained by a network of computers on the internet rather than a central authority.

However, most established financial firms have shied away from associating themselves with bitcoin and cryptocurrencies, because the sector remains largely unregulated.

Fidelity's Chief Executive Officer Abigail Johnson announced the company's intention to launch the Coinbase integration at an industry conference in May.

At the time Johnson also revealed that Fidelity had been accepting bitcoin payments in its cafeteria, but said the experiment had highlighted the technology's flaws as a means of payments.

"But I am still a believer — and it's no accident that I'm one of the few standing before you today from a large financial services firm that hasn't given up on digital currencies," Johnson said at the time.