Could blockchain be the operating system of the cities of the future? 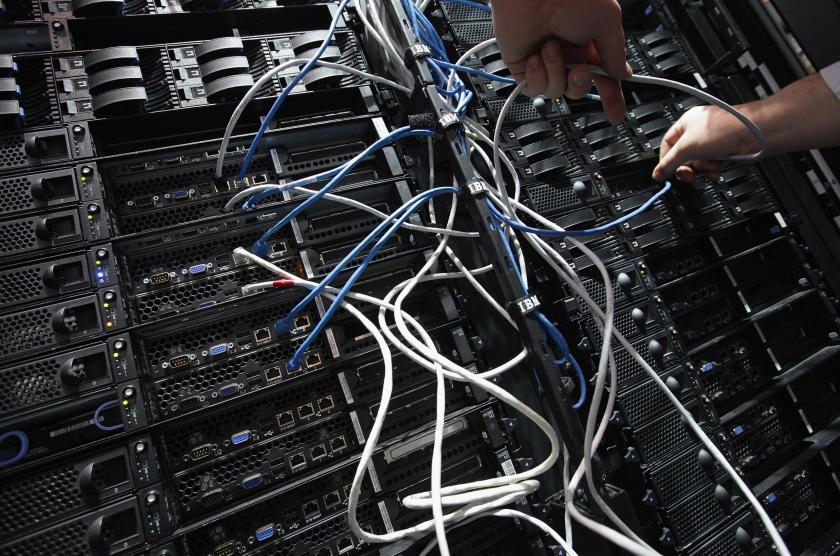 Servers, of the sort which you might need for blockchain, maybe. Look, this is quite hard to illustrate, okay?

Many trends on the horizon offer opportunities that could transform our cities. From self-driving vehicles and the sharing economy through to cloud computing and blockchain technologies, each of these trends is quite significant on its own. But the convergence of their disruptive forces is what will create real value and drive innovations.

Take blockchain and the sharing economy as an example. Bringing these two forces together can potentially disrupt established companies like Uber and Airbnb. The success of these companies is largely due to their ability to make use of existing assets people owned, that had been paid for, but from which new value could be derived.

Effectively, these companies set up digital platforms that harnessed “excess capacity” and relied on other people to deliver the services. The same applies to other so-called “sharing economy” companies that merely act as service aggregators and collect a cut off the top. In the process, they gather valuable data for further commercial gain.

But can this business model be challenged and enhanced for the benefit of those who are delivering the service and creating the real value? Can technology be used to bypass the third party and allow direct peer-to-peer collaboration within a distributed governance structure? What could a “peer-owned” and “peer-run” marketplace look like? Blockchain technology could just be the answer.

What is different about blockchain?

You can think of blockchain as the second generation of the internet — a transformation from an internet of information to an internet of value. Blockchain allows suppliers and consumers — even competitors — to share a decentralised digital ledger across a network of computers without the need for a central authority.

The assets that can be described on the blockchain can be financial, legal, physical or electronic. No single party has the power to tamper with the records — sophisticated algorithms keep everyone honest by ensuring data integrity and authentication of transactions.

But the impacts of blockchain go well beyond financial services and transactions. Its real value is in establishing trust-based interactions and accelerating the transfer of governance from centralised institutions to distributed networks of peer-to-peer collaboration. The impact can be profound: a centralised institution acting as intermediatory in a transaction of value is now at risk of being disrupted because the same service can be provided on the blockchain through peer-to-peer interaction.

Blockchain gives service providers a means to collaborate and derive a greater share of the value for themselves. Smart agents on a blockchain could do just about everything provided by a service aggregator. The technology’s trust protocol allows autonomous associations to be formed and controlled by the same people who are creating the value. All revenues for services, minus overheads, would go to members, who also control the platform and make decisions. Trust is not established by third parties, but rather through an encrypted consensus enabled by smart coding.

The transformation has already begun

We already have examples of this technology in action. Arcade City, a global community of peer-to-peer services, is planning to offer a ride-sharing service on the blockchain. To catch a ride, the user buys digital currency (known as tokens), creates an offer and commits funds for the ride. A driver claims the offer, matches the funds to signal their commitment to provide the service, and picks up the passenger. The blockchain releases the funds as soon as the user acknowledges completing the ride. Arcade City has a city council, which will overlook the system for three years until it is fully decentralised and up and running.

The same concept of using distributed public record technology can be applied to a wide range of urban applications. For example, an energy startup in Perth is looking to trial a peer-to-peer technology solution that would allow consumers to offer excess energy, available through their solar panels, on the blockchain. A clever code matches the suppliers with consumers without the need to go through the energy provider.

The blockchain technology and ecosystem around it are evolving rapidly, and are probably raising more questions than answers. How do we establish a system of transparent governance to ensure the longevity of the blockchain? What about security, speed, cost and, more importantly, regulations? As with other disruptive technologies, there will be winners and losers. If the technology is successfully managed for scalable growth, it could very well disrupt established norms and transform our societies. Large layers of data generated by consumers today, which are controlled by hubs, can become public. In a world driven by blockchain, consumers can monetize their own data to derive greater value.

By knowing when and how to take advantage of this technology, we have an opportunity to transform the digital platforms for tomorrow’s cities. The blockchain becomes the city’s operating system, invisible yet ubiquitous, improving citizens’ access to services, goods and economic opportunities. Today, the technology is yet to mature. It remains to be seen if the expectations can live up to reality. But, in many ways, this is quite reminiscent of the internet in the mid-1990s. Not many people would have predicted its significance back then. Had we understood the impacts of the internet 20 years ago, what could we have done differently to create more value?

That is where we stand today with blockchain. The power of this transformation will become more compelling as the hype settles down and we begin to unleash the possibilities.