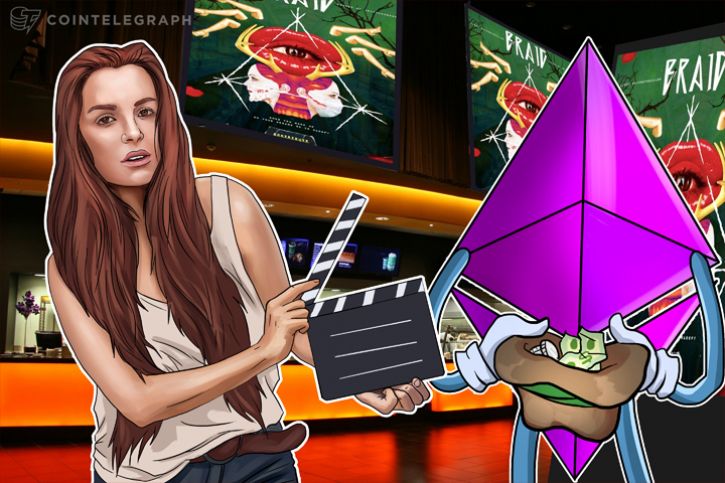 Petula Thames and Tilda Darlings, who move to NYC to follow their dreams and, unfortunately, become entangled in the world of drug dealing and prostitution. A night comes that they lose $80,000 worth of narcotics and are given 48 hours to repay the hostile drug lord. They plan to rob their wealthy childhood friend, Daphne Peters, which leads them to participate in her twisted and violent make-believe game where the three women venture into a deadly maze of hallucinations, role play, torture and murder.

Traditionally, filmmakers rely on investments either from well-off Hollywood benefactors or crowdfunding sites like Kickstarter or Indiegogo, which promote donation funding. Braid’s production gave birth to this new way of film financing by tying up with ConsenSys and WeiFund, a crowdfunding platform. Braid’s team hopes to raise more money for the production of the film, with its token sale starting June 7, 2017. While most investors are usually focused on returns, which often results in the sacrifice of creative freedom and artistic brilliance of the young directors, independent filmmakers preferably take the other side.

This is possible thanks to open crowdfunding platforms, which in return pay off fans with items such as t-shirts and posters. Sadly, this doesn’t compensate the financial needs of the film. A Kickstarter-funded film can generate millions of dollars, forgetting the profit to be shared with its supporters.

Braid’s crowdsale aims to provide an incentive to people by becoming an investor or simply by promoting the film. Braid’s team will return the favor by keeping their creative vision with its film. Braid reveals the power of imagination in making reality an extension of human consciousness. In its ICO, Braid’s team wants to raise between $1.4 mln to $2.1 mln worth of Ether in return for 30 percent of the future revenue. Braid’s message is about turning your dreams into reality. WeiFund is the creative and right platform to make this happen.

The film industry is just one of many industries positively impacted by Blockchain technology. The same technology that powers Bitcoin, Ethereum and other cryptocurrencies also have been disrupting industries such as the banking, cyber security, networking, IoT, music, ridesharing, insurance, stock trading, healthcare, energy management, retail, AI, among others.