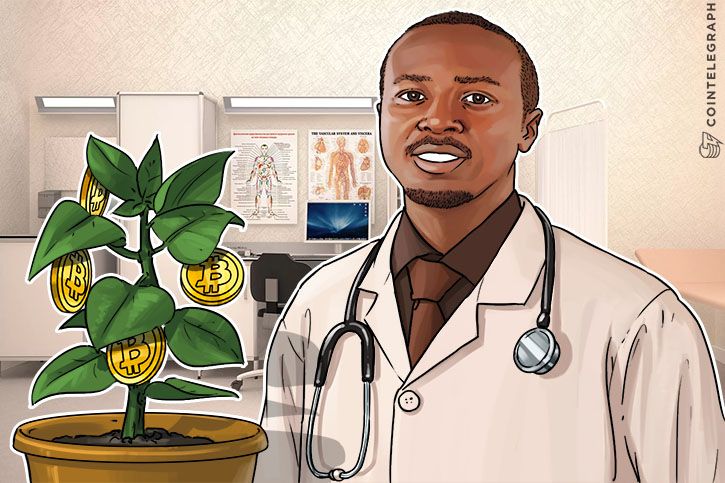 although painfully slow. Nevertheless, there is refreshing news on a daily basis that makes the drive to push Bitcoin penetration in the so-called “hopeless continent” promising. From brave women promoting adoption to startups using Bitcoin and the Blockchain to provide financial inclusion and prevent piracy, the number is endless. It is a great inspiration to the ecosystem and Africa stands to gain a lot from the spread of the crypto revolution.

Meanwhile, in the Southern African city of Gaborone in Botswana, a private clinic known as Sharada Clinic receives Bitcoin as a form of payment for treatment. Run by Dr. Donald Ariisa, it is the only health facility in the whole country that accepts Satoshis.

Cointelegraph couldn't resist talking to Dr. Ariisa and sharing his story with our copious readers. When asked where and how he heard about Bitcoin, he explained that he quite honestly couldn’t remember. "I enjoy watching technology shows, and I guess it was from there," he recalled.

The medical doctor pointed out that what attracted and inspired him to accept Bitcoin as a payment for treatment was the fact that his clinic is focused on adopting technologies that allow for sustainability in offering accessible services. He, therefore, felt Bitcoin was a technology being embraced by the world and the youth, in particular, who may not have fiat money but may be involved in mining Bitcoin or working online for it. It is in that direction that his clinic is striving to give access to those type of users, or anyone who would like to try out his/her Bitcoin.

Dr. Ariisa confidently insisted he is not fazed at all by Bitcoin's volatility. "All new technology is volatile, and there will always be early adopters that will prove the technology viable," he remarked. He adds:

"I wish to be part of the birth of a new currency that creates so much freedom for humanity."

The Southern African physician also maintains that very soon he will not be alone in the steps he has taken. It is in his opinion that Bitcoin will become more popular in his country, and more businesses and entities will accept it as a form of payment. "I'm always happy to see the satisfaction when patients pay for their healthcare with Bitcoin," he said excitedly. “My challenge is fully understanding the currency, but then again, we don't even understand the currencies we have been using for years.”