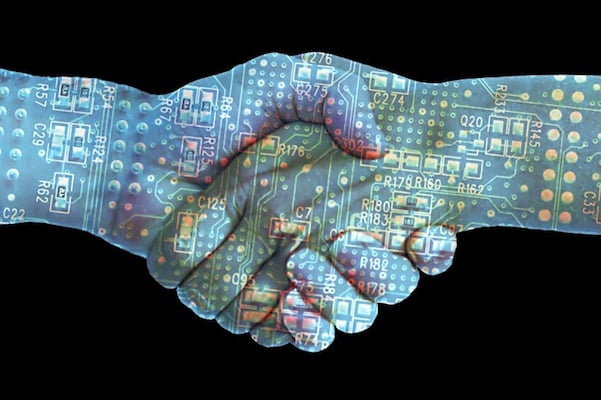 Blockchain start-up Ripple is in a precarious position for a 5-year-old company.The business is still in its very early days but suddenly has billions of dollars worth of cryptocurrency on its balance sheet.Ripple, which built a digital payments network for real-time financial transactions, is also the creator and biggest owner of Ripple XRP, a digital currency that has increased in value by 40 times this year.There's a total of 100 billion XRP in existence, each priced at about 26 cents. The $26 billion of total value is second among cryptocurrencies, behind bitcoin, which is valued at $41 billion.

Ripple owns about 61 percent — or $16 billion worth — of XRP. If that were factored into the company's valuation, Ripple would be worth more than all but four U.S. start-ups — Uber, Airbnb, Palantir and WeWork. XRP is surging alongside Bitcoin and ether as well as smaller digital currencies like dash and monero. They're all benefiting from the growing interest in Blockchain, a distributed electronic ledger that makes all transactions trackable. Unlike other cryptocurrencies on the market, XRP is tied to — and majority-owned by — a single company.

That's led to concern among XRP investors and enthusiasts that Ripple will one day decide to capitalize on its massive stake and flood the market with currency. Some venture investors would surely welcome cashing in on some of that value after pouring about $94 million into the company. But for people with thousands (or millions) of dollars wrapped up in XRP, the fear of a sudden excess of supply has been unsettling, particularly considering the volatility of the currency. The price fell 13 percent late in the day on Thursday and double-digit daily moves are normal.

To create some long-term stability and ease those concerns, Ripple announced a plan last week for the structured sale and use of its currency. By the end of 2017, the company will put 55 billion of its XRP into escrow and will unleash up to 1 billion into the market every month. Thus, investors will have some sense of what's coming. "We decided to take the issue off the table," Ripple CEO Brad Garlinghouse said in an interview. "We wanted to make sure we were combating any uncertainty about supply."

Garlinghouse is a well-known name in Silicon Valley. He had senior executive roles at Yahoo and AOL and was CEO of Hightail (formerly YouSendIt) from 2012 to 2014. He joined Ripple in 2015, and earlier this year took over the CEO role from founder Chris Larsen, a serial entrepreneur, who previously started online lender Prosper. Garlinghouse likened Ripple's situation to Yahoo, which derives almost all of its current value from its large stake in China's Alibaba. (Yahoo's core business is being sold to Verizon and the Alibaba stake is being spun out into a new holding company called Altaba.)

The analogy only goes so far, as equity investors haven't ascribed a big multi-billion dollar valuation to Ripple. The company last raised money in September, when the XRP currency was worth a tiny fraction of its current price.However, Ripple's business has picked up quite a bit of momentum since then, which helps explain at least some of XRP's rally. Last month, Ripple signed up 10 new financial institutions, including BBVA, to its payments platform that supports speedy transactions by eliminating all the friction that exists between various currencies and financial systems.

Global banks including Bank of America, RBC and UBS are also customers. While bitcoin is the more established cryptocurrency, it's primarily used today as an investment vehicle and has run into big latency problems with handling transactions. Ripple and ethereum have emerged as the early leaders in enabling business arrangements, with Ripple trying to build the digital payments standard for the financial sector. "Some of those banks are all in and some are still in the early stage running a pilot," Garlinghouse said. "We have real customers touching real production systems. We're the only company you can say that about in our space."