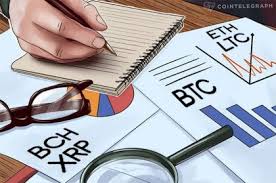 Bitcoin price zoomed up to set new all-time highs and is pulling back to offer an opportunity to ride the rally. 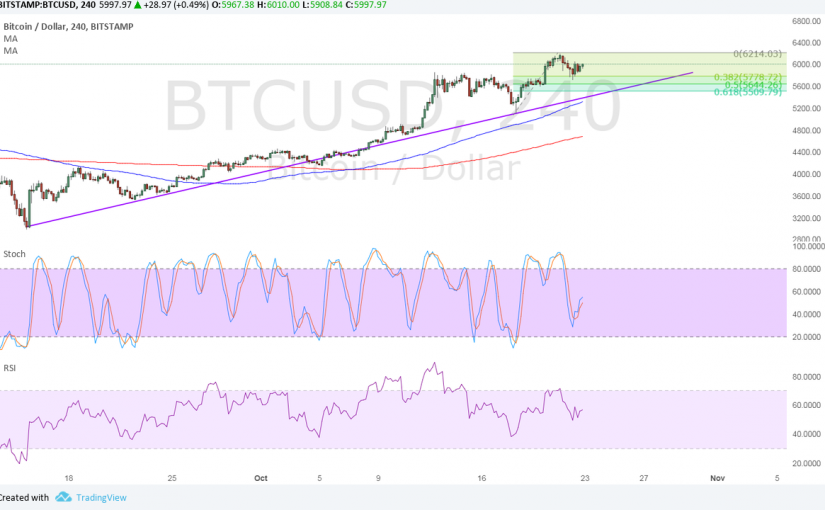 The 100 SMA is safely above the longer-term 200 SMA to confirm that the path of least resistance is to the upside. The gap is even widening to reflect strengthening bullish pressure. The 100 SMA is also close to the ascending trend line connecting the latest lows of bitcoin price action, adding to its strength as a floor.

In addition, the 61.8% Fibonacci retracement level lines up with this trend line around the $5500 levels. This is also a short-term area of interest or former resistance that might hold as support.

If so, bitcoin price could bounce right back up to the $6214 highs and beyond. Stochastic has been on the move down but is pulling higher without even hitting oversold levels, which means that bulls are eager to charge. RSI, on the other hand, has plenty of room to fall so the correction could still materialize. 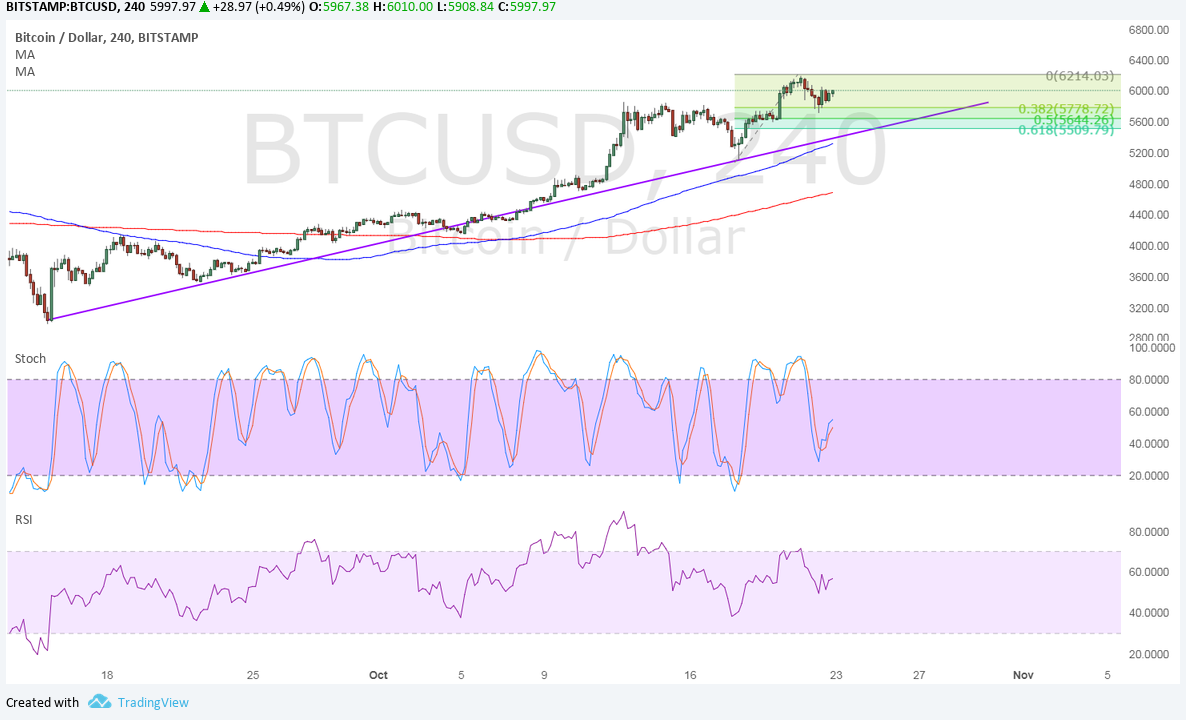 Dollar strength came into play late in the week but bitcoin price has been able to hold its ground on strengthening expectations that the November upgrade could turn out well. Apart from that, political risks all over the globe like in New Zealand and Europe could continue to keep investors interested in digital gold.

Reports that bitcoin is about to get regulated in Australia gave the cryptocurrency a boost as this could mean better infrastructure for firms in that area. Apart from that, there have been rumors that China could reverse its recent bitcoin ban, reviving demand and volumes for the cryptocurrency. Some predict that this could send bitcoin price up to $10,000 in the next six to 10 months.