Bitcoin price looks ready for a pullback to a key area of interest visible on the 4-hour time frame.

The 100 SMA is still below the longer-term 200 SMA on this time frame, though, so the path of least resistance is to the downside. In other words, the selloff is still likely to resume. Then again, the gap between the moving averages is narrowing to reflect slowing bearish pressure.

Bullish pressure could kick in once an upward crossover is completed. The 100 SMA is in line with the broken channel resistance to act as an additional inflection point. The 200 SMA lines up with the 50% Fibonacci retracement level and an area of interest that might be enough to keep losses at bay.

Stochastic is already indicating oversold conditions and looks ready to turn higher, drawing more buyers in. RSI, on the other hand, has plenty of room to fall so the correction could keep going for a bit longer. 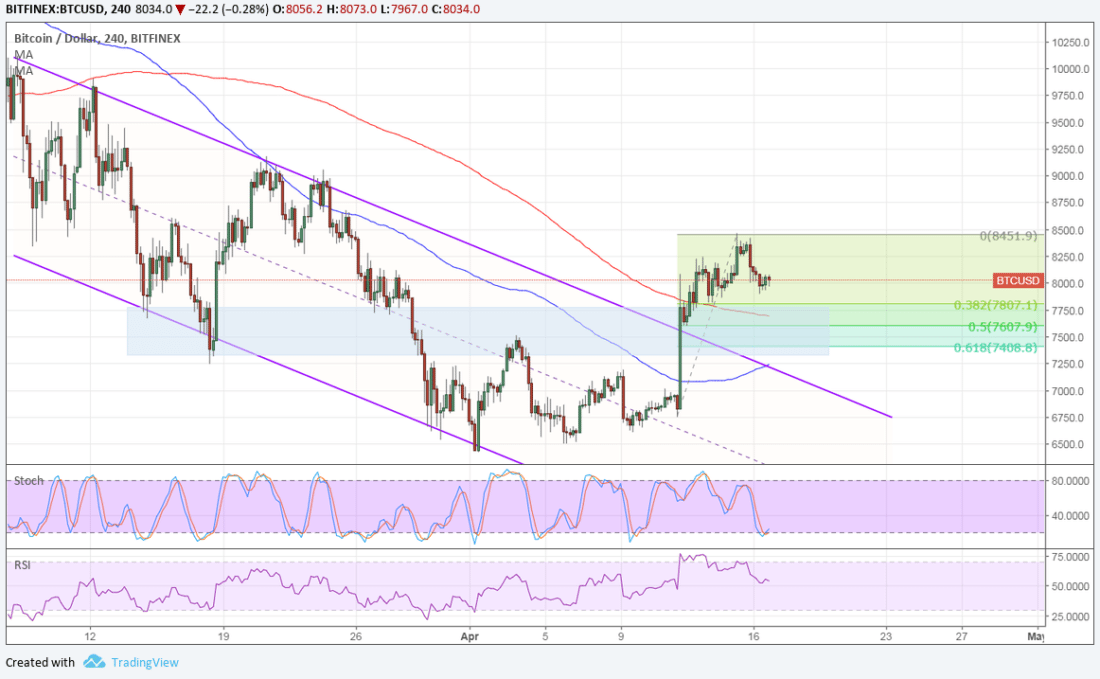 Although bitcoin price is retreating from its recent climb, analysts have reason to believe that the gains could continue. For one, the second quarter of the year has historically been positive for cryptocurrencies and once the tax deadline has passed, investors could reopen their long positions.

Besides, Coinbase reportedly bought former bitcoin mining company 21 Inc, which is now known as Earn.com. This company has rebranded itself as a social media platform that incentivizes users to complete tasks in exchange for cryptocurrency rewards.

The deal was reportedly valued at over $100 million and reminds traders of the consistent developments in the space amid regulatory concerns.