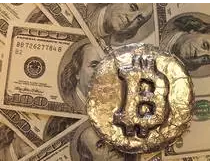 Bitcoin slumped, dragging down smaller rivals such as ether and litecoin, as concerns that regulators will tighten their grip on the market weigh on the world's largest cryptocurrency.

Regulators in China and South Korea are increasing oversight on cryptocurrency trading and mining, while the US Securities and Exchange Commission late last year started cracking down on some digital token sales, known as ICOs. Coinmarketcap.com's decision to exclude Korean pricing data for coins helped create the appearance of a large drop in prices, which some traders attributed as playing a part in the selloff.

"News on the regulatory front is dragging down cryptos," said Gabor Gurbacs, director of digital-asset strategy at VanEck Associates Corp. "South Korea and China tightening is weighing on bitcoin and in the ICO market, things started slowing down, with the SEC cracking down on illegal offerings."

Bitcoin slumped as much as 17 per cent to $14,820, the most in more than two weeks. The rout in bitcoin is part of a broader selloff in the cryptocurrency realm, with all of the top 10 by market cap falling, and most tumbling by at least 10 per cent, according to Coinmarketcap.com. Cardano fell 16 per cent, while litecoin slumped as much as 16 per cent to as low as $230. Bitcoin is little changed this year after surging about 1,400 per cent in 2017. 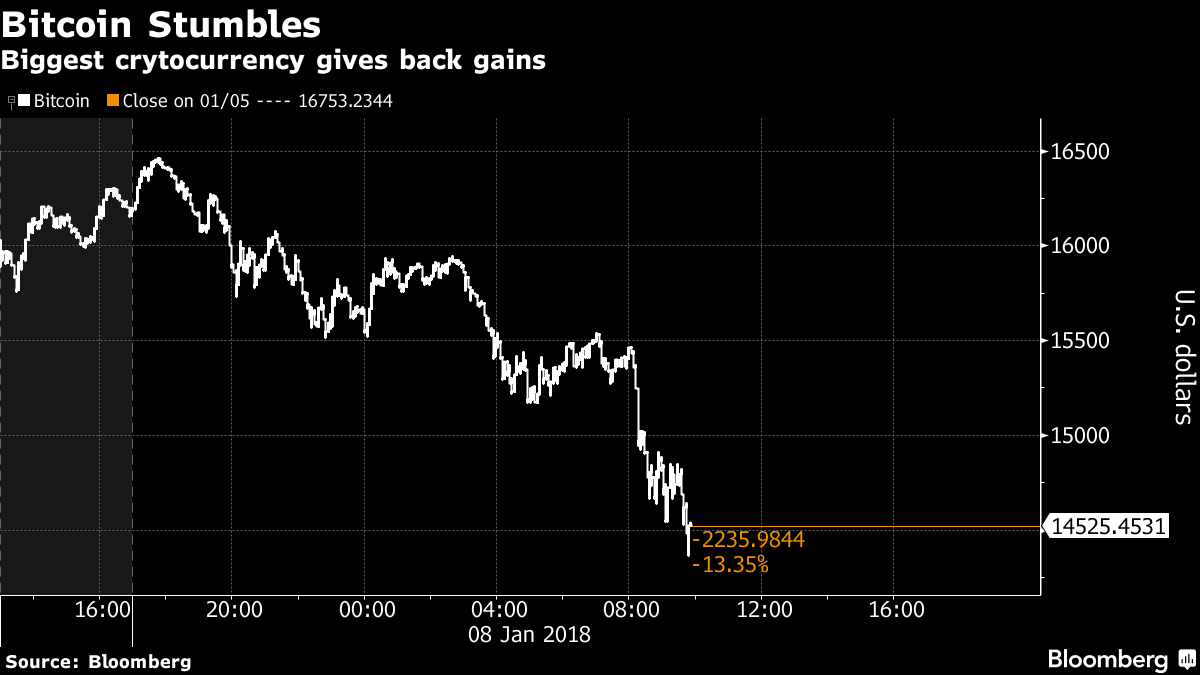 China plans to limit power use by some bitcoin miners, people familiar with the matter said last week, a potential challenge to an industry whose energy-intensive computer networks enable transactions in the cryptocurrency. The People's Bank of China outlined the plan Jan. 3 at a closed-door meeting, according to the people, who asked not to be identified because it wasn't public. They didn't detail how authorities plan to enact the curbs.

South Korea began inspections at six banks including Industrial Bank of Korea, that provide virtual accounts to companies related to cryptocurrency trading, to clamp down on potential money laundering. The nation last month said it will restrictively allow cryptocurrency trading on only qualified exchanges and review a possible capital gains tax on crypto trading as a way to restrain the nation's frenzied speculation.

Demand for cryptocurrencies in Korea is large enough to cause distortion on some prices. Ripple surged to almost $4 on some Korean exchanges, while it trades at around $2.50 elsewhere. Coinmarketcap.com is excluding Korean exchanges from its pricing, which helped cause ripple to tumble as much as 31 per cent today.

Naeem Aslam, chief market analyst at TF Global Markets in London, said the increased regulatory oversight will weigh on prices in the short term, but should be positive in the longer term.

"We need regulators to look into the space more closely, the Korean exchanges have become crazy in terms of price differences so these regulatory actions would help the price stability," Aslam said. "As for the mining operations, China is making the process more difficult for miners, but opportunist have started to focus on Canada which is more regulatory friendly and cheap on the energy front."