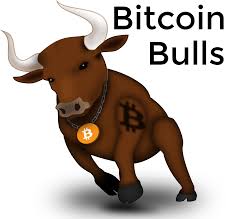 Bitcoin may still be in the hunt for $20,000, but the bulls need progress soon else a minor pullback could be in the offing.

As per CoinDesk's Bitcoin Price Index (BPI), the cryptocurrency is trading at $17,539, having appreciated 4.48 percent in the last 24 hours to a new all-time high.

But while that's a modest, even impressive gain, it's worth noting that alternative currencies like litecoin and ether have strengthened by even more impressive rallies.

On the day's trading, the cryptocurrencies, the second and fourth by market volume, have seen 71.8 percent and 30 percent gains, respectively. Coinbase's GDAX exchange and South Korea's Bithumb have emerged as the primary drivers.

All told, though the stellar performance of litecoin and ether could be indicative of their availability and appeal to new buyers. Hence, a minor correction in bitcoin (BTC) cannot be ruled out as other assets garner attention.

The above chart shows:

Overall, the cryptocurrency looks set to test the major psychological level of $20,000. As noted earlier today, only two end-of-day closes below the $14,000 would abort the bullish view on the charts.