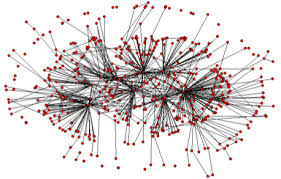 Bitcoin and Decentralized Networks are the Future, Says University Professor

Lorenzo Fioramonti, Professor of Political Economy at the University of Pretoria (South Africa), who also directs the Centre for the Study of Governance Innovation, recently published a write-up stating that money systems are in the process of transitioning from “centralized authority to decentralized networks.”

Cryptocurrencies represent a significant part of such decentralized networks. According to Fioramonti, there is a growing demand for digital currencies. On one hand, he exemplified with the recent adoption of cryptocurrencies in the world. Japan regulated bitcoin in April 2017, while the Russian government — who threatened virtual currencies last year — made a U-turn and even President Vladimir Putin met with Ethereum founder Vitalik Buterin. In addition, China halted its initial freeze on bitcoin exchanges in the country, therefore, the major BTC exchanges in the country resumed trading in June 2017. In the United States and Australia, digital currencies are experiencing higher adoption rates, in addition, the Oceanian country will soon exempt traders and investors from goods and services tax.

The professor stated, in the near future, cryptocurrencies will “become much more common as methods of payment for a wide range of purchases, from online shopping to the local supermarket.” Not just developed, but developing countries are making efforts to implement digital currencies in their economies, Fioramonti wrote.

In Venezuela, where the current economy is facing major problems, bitcoin has become “the leading parallel currency”, the professor wrote. While the official national currency of the South American country is worth almost nothing, bitcoin can be used to perform transactions, buy food along with other basic necessities, and to purchase products from overseas countries bypassing the strict controls on capital.

Local innovators in East Africa implemented the use of cryptocurrencies in cross-border transactions. An example for this is BitPesa. According to the professor, the popularity of cryptocurrencies in South Africa is also on the rise. Since the Nigerian government failed its citizens by conventional money, local traders and activists believe digital currencies has a potential to democratize the economy. Verengai Mabika, founder of BitFinance in Zimbabwe, stated bitcoin is an attractive alternative for conducting online payments and remittances, which “constitute the backbone of the economy.” Verengai told Fioramonti that 37 percent of BitFinance’s customers use cryptocurrencies for savings since the 2008 hyperinflation resulted in the collapse of the Zimbabwe’s financial institutions.

Fioramonti stated that decentralization is the “core of this new trend.” According to the professor, the use of cryptocurrencies “will make economies more resilient against shocks and will support more equitable and sustainable development, by putting users in the driver seat and reinforcing local economic development.”