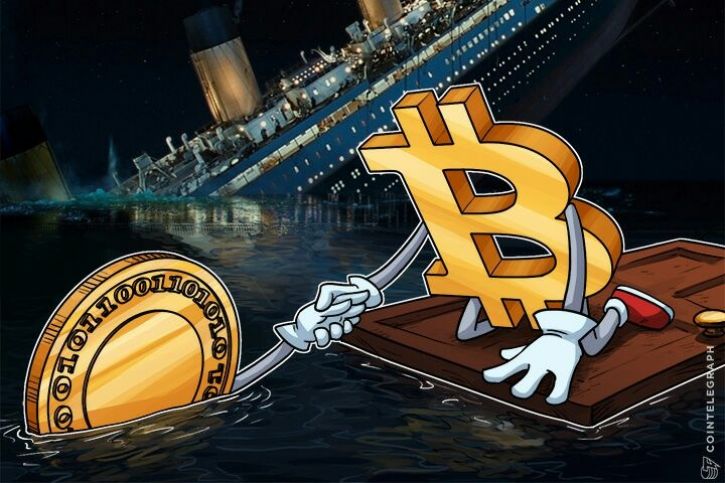 Altcoins are springing up on a daily basis, you might have noticed that they appear pretty regularly in the lists of CoinMarketCap. However, Ethereum Classic's Charles Hoskinson predicts that as much as 90 percent of altcoin will probably die out in the near future.

Speaking to Cointelegraph about the sustainability of cryptocurrencies, Hoskinson, who was with Ethereum before crossing the carpet to ETC, outlined what makes a digital currency thick.

"As for most cryptocurrencies, I agree completely they will likely die out," Hoskinson related. "As 90 percent of businesses usually fail in the first few years, there is no reason to believe that coins are any different."

To ensure sustainability of cryptocurrency he is convinced Treasury Mechanic measures should be explored and taken seriously:

"I think all cryptocurrencies should strongly consider a treasury mechanic. It creates long-term sustainability if it's correctly implemented. We are going to look closely at our own treasury for ETC."

Recently some altcoins have come under scrutiny for employing pump and dump tactics to swindle its holders. Case in point is CageCoin, that recently rose by 31,000 percentage point but fell miserably within 24 hours.

It is very imperative that community members undertake the necessary due diligence when they are investing in any coin. This is very crucial at a stage where digital currency is scaling and convincing sceptics, it is not a nine-day wonder but has really come to stay.

On the contrary, Hoskinson holds the view that Bitcoin is not in the category of the unsustainable coins and the strength of every currency is in its communities, not its technology per se.

"Technology can incentivize more community to come but it cannot replace it. Bitcoin has the strongest community of all cryptocurrencies and also the most resilient. It has survived over a billion dollars of theft, dozens of death declarations and exchange failures alongside many so called leaders trying to hijack to project and the founder leaving. It's absolutely stunning that Bitcoin has survived and thrived. I don't think Bitcoin is going to die. Rather the better question is where does it stop."

Truly, that is the only thing for all currencies including the US Dollar. It is merely strong because people accept it for goods and services. Imagine if they suddenly stopped, the dollar would be in trouble

"I don't think Bitcoin is going to die. Rather the better question is where does it stop?" Hoskinson queries. He articulates it will either become a universal payment system or simply a digital gold standard that stores value.

With the standard of measurement improving swiftly with infrastructures like ATMs, debit cards, hundreds of thousands of merchants, it is hard to dispute Charles Hoskinson on this.

"Many contractors in Eastern Europe do dev work for Bitcoin — it is very popular in Ukraine, for example," Hoskinson remarked. If you would like to earn and have Bitcoin traded for you automatically?

Thomas Prendergast and I are putting together a team in Trade Coin Club and you can join us Here https://office.tradecoinclub.com/register/ICOREY